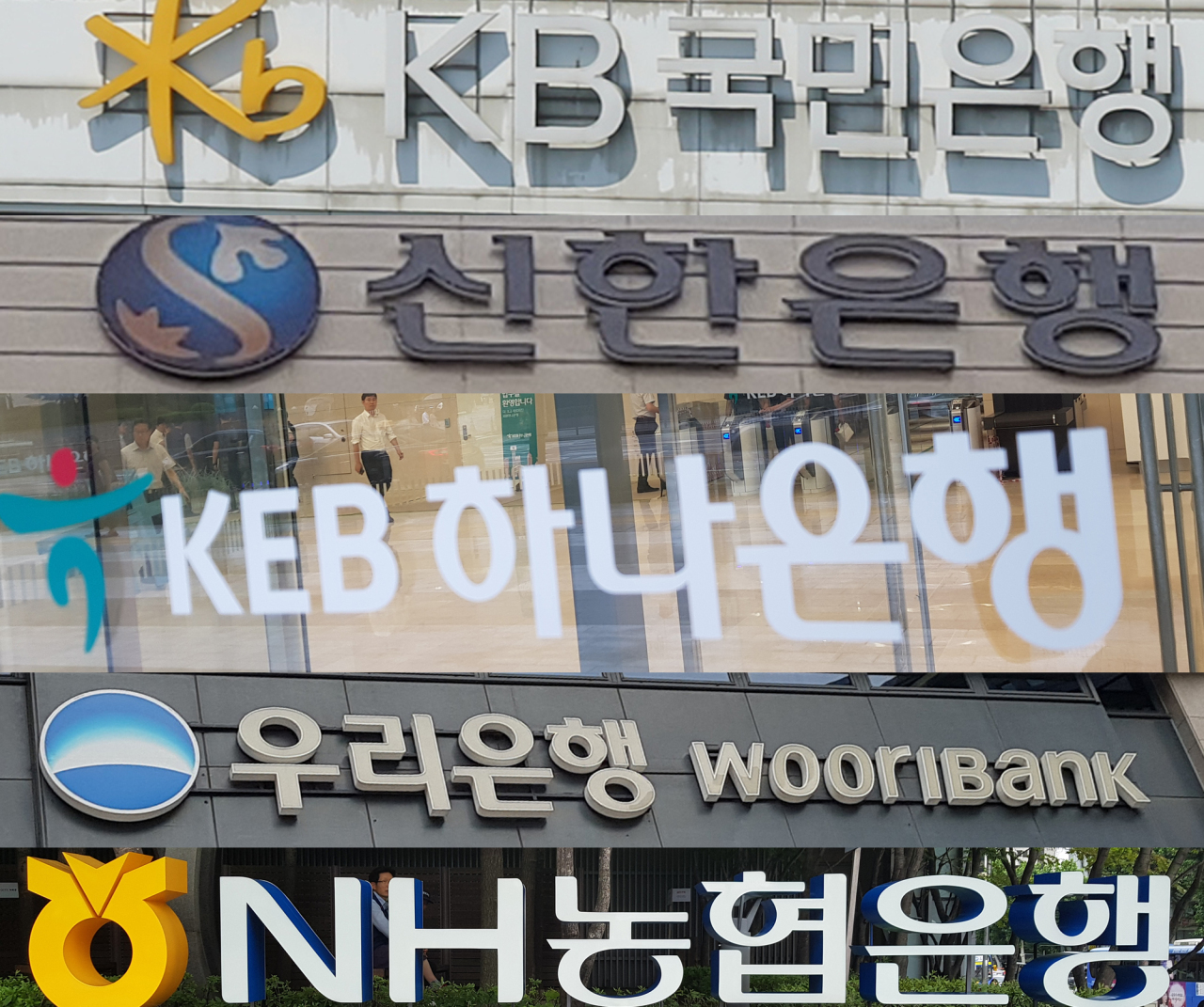 Corporate logos of South Korea's leading banks (Yonhap)
South Korean banks plan to extend loans worth 3.5 trillion won ($3.1 billion) this year to low-income people with lower creditworthiness to help them cope with the fallout of the pandemic, the financial watchdog said Monday.

The 2021 plan represents a rise of 100 billion won compared with 3.4 trillion won initially planned for last year, according to the Financial Supervisory Service (FSS).

Local banks are running a loan program that extends lending worth up to 30 million won per individual to low-income people with creditworthiness in the bottom 20 percent.

Commercial banks plan to provide 2.4 trillion won in such loans this year, followed by state lenders with 740 billion won and regional banks with 320 billion won, according to the FSS. (Yonhap)