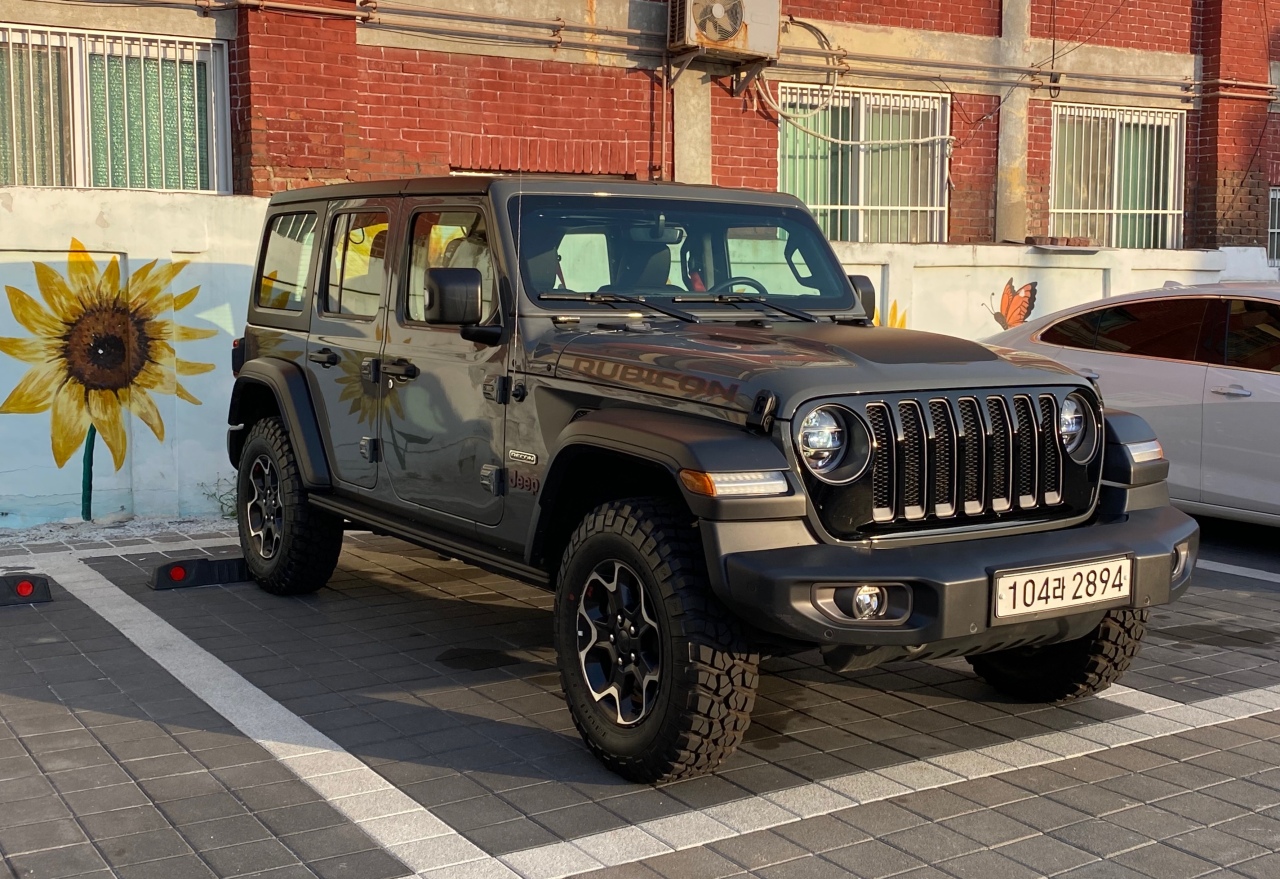 With the continuing popularity of SUVs among local drivers, the trusty Jeep has maintained its position as a steady seller, with its unique appearance setting the standard for outdoor SUVs.

The Wrangler has pulled off a remarkable performance so far this year. It sold 513 units in March, posting a growth rate of 324 percent on-year.

That pushed overall sales of Fiat Chrysler Automobiles Korea, the 80-year-old company behind the brand, to a new monthly record of 1,557 units.

The Korea Herald took the Jeep Wrangler Rubicon Recon Edition, the limited-edition model released in 2020, for a test drive of about 300 kilometers. 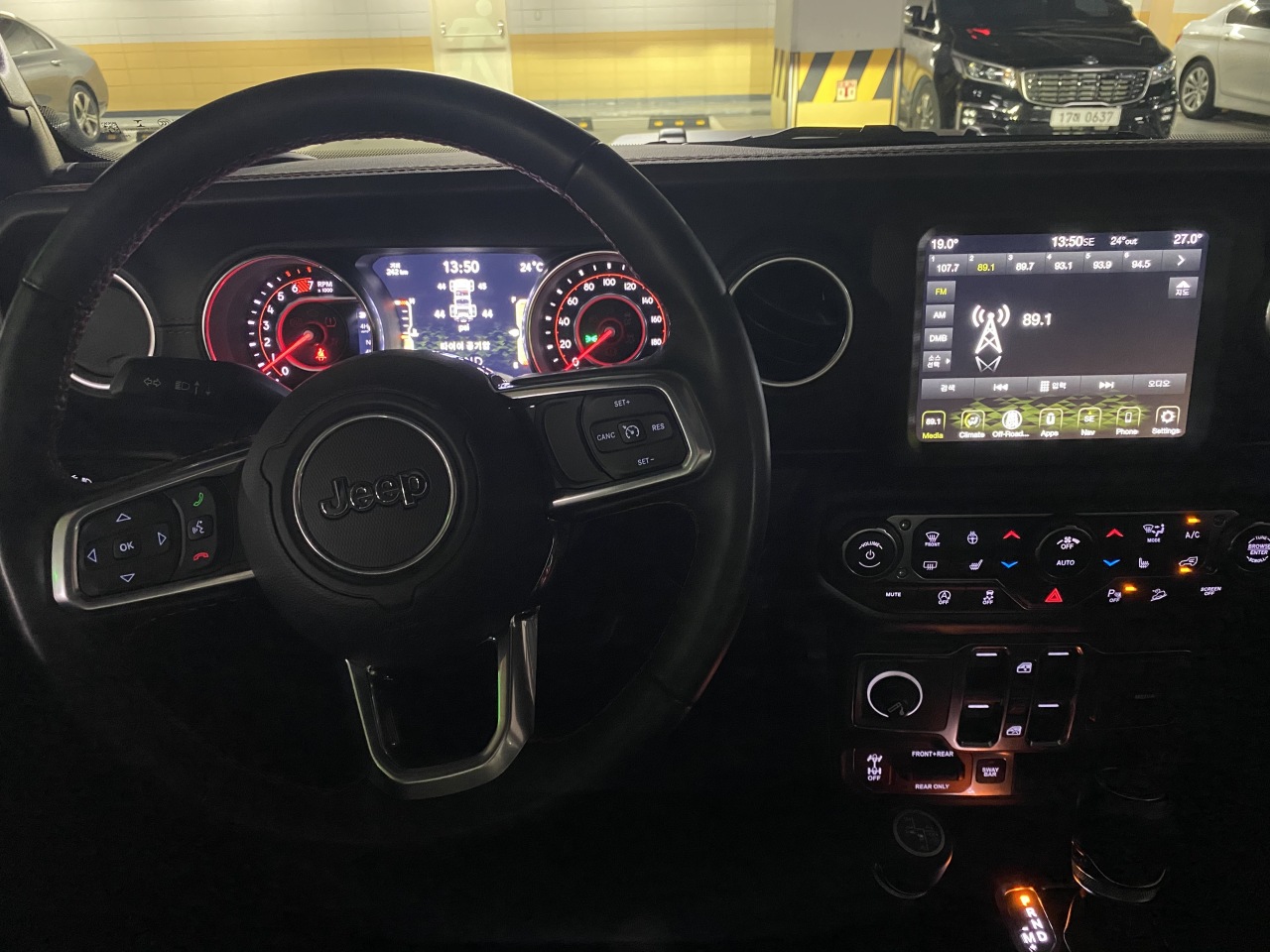 Jeep Wrangler Rubicon Recon Edition (Jo He-rim/The Korea Herald)
Wranglers are an increasingly common sight on Korea’s roads. But while it seems to fit well with its midsized classification from afar, it felt much grander up close, with the large gloss-black grille covered with an extra Jeep Performance front bumper hoop, or the nudge bar.

The matte black bonnet and the 17-inch wheels with a two-tone finish in black and mechanic surface are features specially added for the limited Recon Edition, adding exuberance to the already bold-looking car.

It took a rather big step to climb into the driver’s seat. Wrangler’s high driving position allowed a clear view of the way ahead, and it made speeding beside large trucks and buses on the highway less disconcerting.

Wrangler comes in two trims, Overland and Rubicon, which differ in function. The former focuses on comfort in driving, while the latter is geared more for off-road performance.

The Recon edition is based on the Wrangler Rubicon, with enhanced off-road capabilities. In South Korea, the vehicle was released in two colors, Sting-Grey clear-coat and black clear-coat.

According to the automaker, the Wrangler Rubicon is equipped with Rock-Trac, next-generation Dana axles, Tru-Lock electric front- and rear-axle lockers, Trac-Lok limited-slip differential and a disconnecting electronic front sway bar that supports the vehicle in “breaking through” tough terrain, including mountains and valleys.

Jeep Wrangler Rubicon Recon Edition (FCA Korea)
On the less-than-tough Gyeongbu Expressway, there was no problem accelerating with the car, equipped with a 2.0-liter gasoline engine and the eight-speed transmission, which exerts up to 272 horsepower.

However, because the Rubicon Recon edition is a model with reinforced off-road capabilities, the car’s steering wheel was pretty shaky when it picked up speed on the highway to about 140 kilometers per hour.

On the highway, it performed less well in soundproofing and noise reduction.

For urban driving, the Wrangler Overland would be the recommended option.

Jeep’s Wrangler is already an icon of its own. For car enthusiasts looking for something more special, however, the limited-edition models, like the Wrangler Rubicon Recon edition could provide that added attraction.