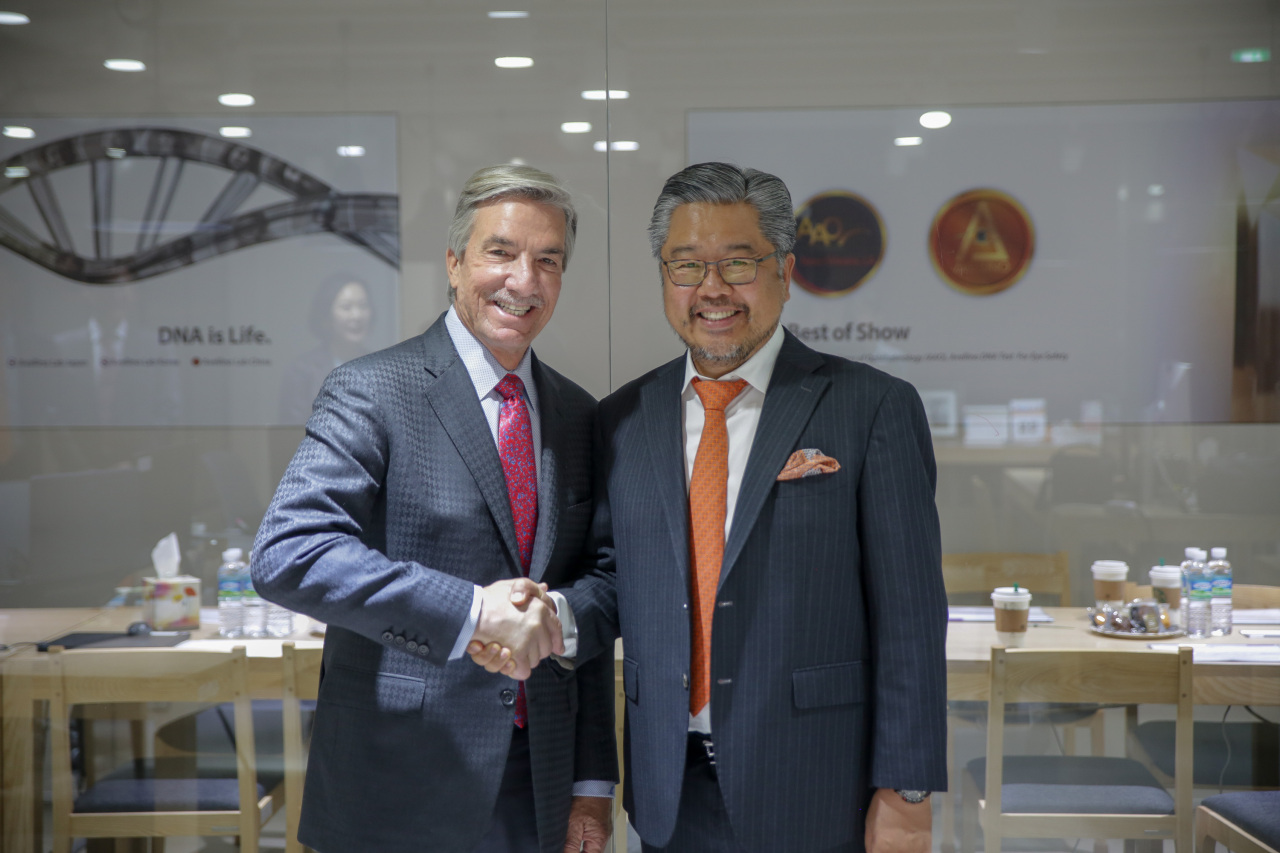 After achieving a strong earnings growth last year, biotech firm Avellino Labs is seeking to refocus on its pipeline with gene editing technology ahead of its planned market debut on South Korea’s secondary Kosdaq market.

Unaudited financial results of the firm, born in Korea but now headquartered in the US, showed its sales shot up from $2.6 million in 2019 to $122 million in 2020 with a net income of $56 million, due to the exploding demand for its COVID-19 diagnostic testing service. The company had only ventured into the market in February last year, but immediately saw high demand for its test services.

As of the end of last month, they had conducted 1.5 million COVID-19 tests in the US -- mostly in nursing homes and public offices.

To meet increased demand, they have set up automated facilities in Silicon Valley to accommodate 1 million tests a month. This investment is expected to be a valuable one since scientists expect the COVID-19 pandemic to become endemic as coronavirus variants continue to emerge and spread, the company’s CEO James Mazzo said during an interview last week.

The success of the past year was misunderstood by some parts of the market that the COVID-19 tests are the only strong suit of the company. However, Avellino Labs is now redirecting its focus to its original mission -- making an impact on the medical industry with its gene diagnosis technology, said Mazzo, the former global president of ophthalmic devices at Carl Zeiss Meditec. The company first knocked on the door of the biomedical industry with a DNA diagnosis that detects a rare genetic eye disease called Avellino corneal dystrophy in patients in South Korea.

Taking the role of balancing the company’s sudden growth on the back of its COVID-19 tests and gene diagnostics, Mazzo said part of his job as the CEO is to take the company public this year.

The company first kicked off the initial public offering process in 2018, but the journey was put on hold while the company focused on its test services. There was also some market uncertainty amid a series of negative events in 2019 in the biomedical industry including the saga of Kolon TissueGene. In 2019, the government revoked its permit to sell the gene therapy drug Invossa, developed by Kolon TissueGene, over mislabeling and false reporting of an ingredient.

Now with fresh success from the Covid-19 test services and funds from that success, Avellino Labs said it plans to bring its gene diagnostic technology to new areas such as periodontitis in Korea and glaucoma in the US next year, relieving concerns over market scalability as it had focused on just one eye disease.

The company’s leaders said the focus on ophthalmologic gene diagnosis had helped the company set up a strong technological foundation.

“South Korea’s ophthalmologists are very open minded and willing to adopt new technologies to provide patients with fast and accurate test results before the surgeries,” said Gene Lee, the founder and chairman of Avellino Labs. “This gave us the platform to fine-tune our technology and allowed us to be prepared for the challenge that COVID-19 brought.”

After the IPO, which could come as early as in the fourth quarter this year, Avellino Labs said it plans to expedite its plan to become a big data medical company, which it kicked off by hiring Laiq Ahmad, chief technology officer of GE Power, earlier this month hopes to set up an R&D center in South Korea to develop technologies to combine gene data and artificial intelligence to treat gene disorders.