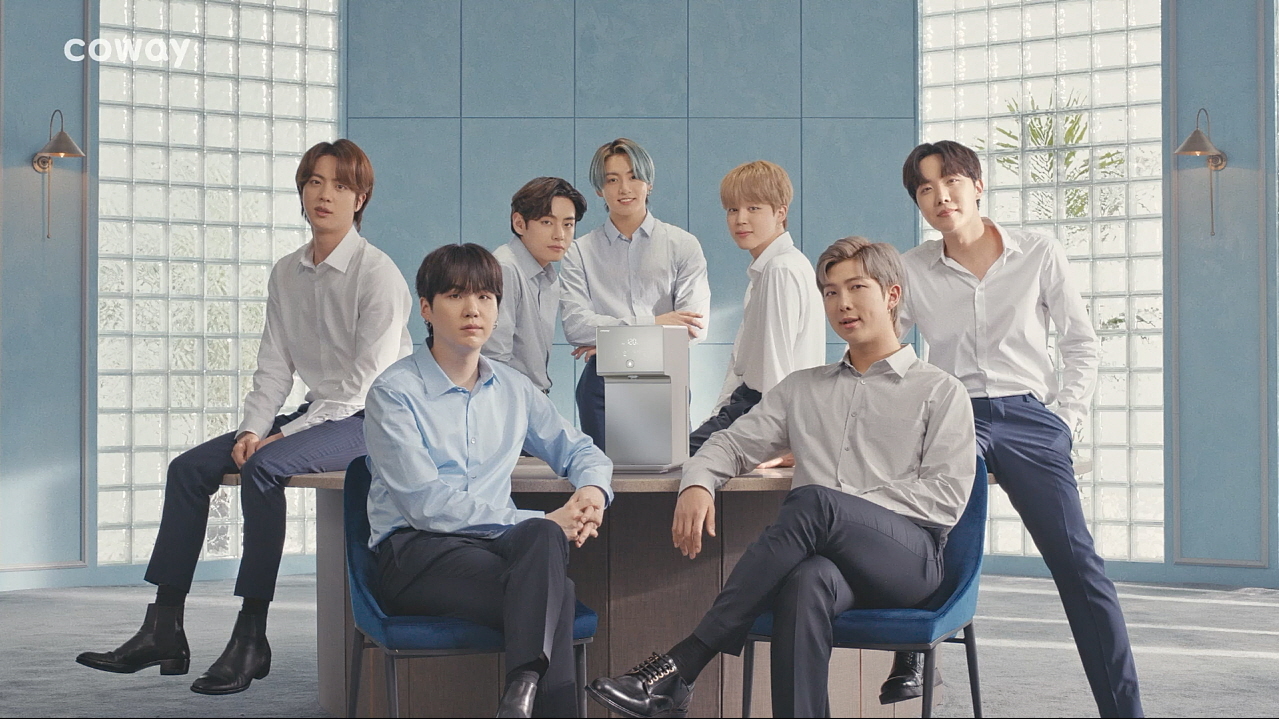 In yet another sign of the group’s commercial success in the advertisement industry, the septet’s commercials promoting the company’s products, including a water purifier and a mattress, were met with millions of views and over 25,000 comments within 17 days, Coway said.

The ads, which are available on the company’s official YouTube channel, show the bandmates in everyday life scenarios alongside the products.

In one ad, Jimin and V explain the features of an air purifier, including its size and how little noise it makes, while RM and Jin explain how easy it is to change the filter in another ad.

Coway said more BTS content is on its way on the company’s social media channels, including behind-the-scenes videos from the shoot.