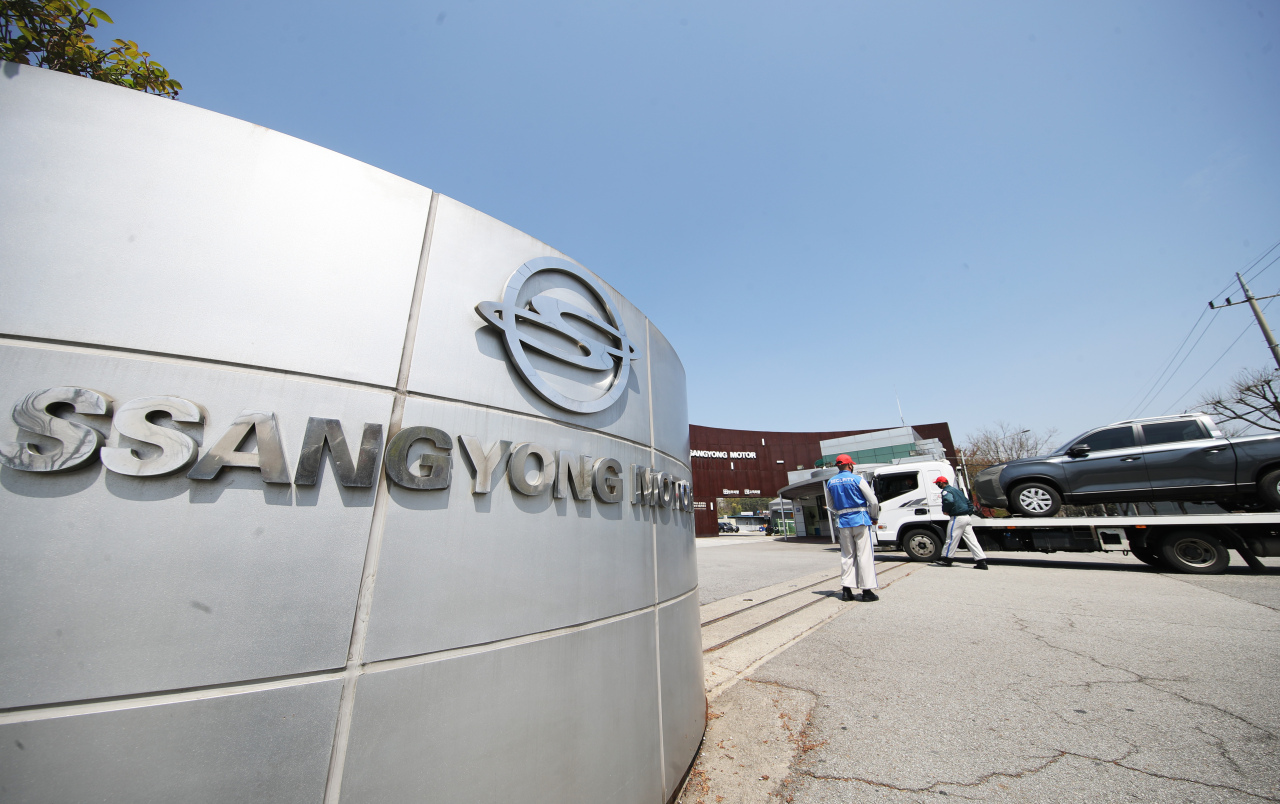 The Seoul Bankruptcy Court approved the corporate rehabilitation procedure as US-based vehicle importer HAAH Automotive Holdings backed down on its letter of intent to acquire the ailing automaker.

The US investor, which previously held talks to acquire a majority stake, was due to submit its official letter by March 31, but has since remained silent, despite an additional grace period.

Under South Korea’s legal system, court receivership is a step short of bankruptcy, in which the court is to decide whether and how to revive the financially troubled company.

Chung Yong-won, senior managing director of the company, was named as the receiver to manage the process for 30 days starting Thursday. After reporting unsecured claims, reorganization secured claims and other securities from April 30 to May 13, the official is to submit a rehabilitation plan to the court by July 1.

As supervising accounting firm in charge, Ernst & Young Han Young is due to separately submit its audit report by June 10, according to court officials.

This is the second time for the SUV-focused car manufacturer to face court receivership, since it underwent the same process in 2009 and was relieved in 2011 following its acquisition by Mahindra.

In 2009, the company was pushed to let go of 2,600 employees, which accounted for around 36 percent of the entire workforce. The mass layoffs triggered an extensive management-labor dispute, involving special police squad intervention and arrests of key unionists.

Nearly 1,000 employees resisted, but the majority were forced to choose unpaid leave or early retirement, after years of a futile strike, and 165 ended up dismissed as they refused to make a reluctant choice.

After getting back on track under Mahindra, the company reinstated 454 employees from unpaid leave in 2013 as well as a group of retirees, achieving a complete staff recovery in 2018.

In light of such history, the latest court receivership decision has rekindled fears for another round of employment turbulence.

Market observers noted, however, that it is unlikely this second court receivership will lead to consequences as extensive as in 2009, citing the pro-labor tendency of court-designated receiver Chung.

Also, the automaker is expected to secure a new acquirer within the court receivership program timeline and submit a renewed rehabilitation plan, targeting other plausible buyers -- including electric bus manufacturer Edison Motors and electric vehicle firm Kpop Motors. HAAH Automotive, too, is said to be considering its bid after SsangYong Motor is brought to the market under new conditions.

Meanwhile, financial authorities said the court’s decision for rehabilitation does not necessarily assume an additional budget injection into the cash-strapped carmaker.

“We are not planning an immediate financial injection as of now,” said Eun Sung-soo, chief of the Financial Services Commission.

“The top priority is whether the company may indeed be brought back to the market. Should that be plausible, creditors may consider providing additional funds down the road.”

In order to dodge the worst scenario of bankruptcy, the company is now pinning hopes on sales of its signature sport utility vehicles, including the recently launched New Rexton & Khan.

But like most other carmakers, SsangYong Motor had to suspend its Pyeongtaek plant earlier this month, due to the prolonged shortage of automotive chips. The corresponding plant had also shut down for 16 days in March as subcontractors refused to supply parts, citing outstanding payments.