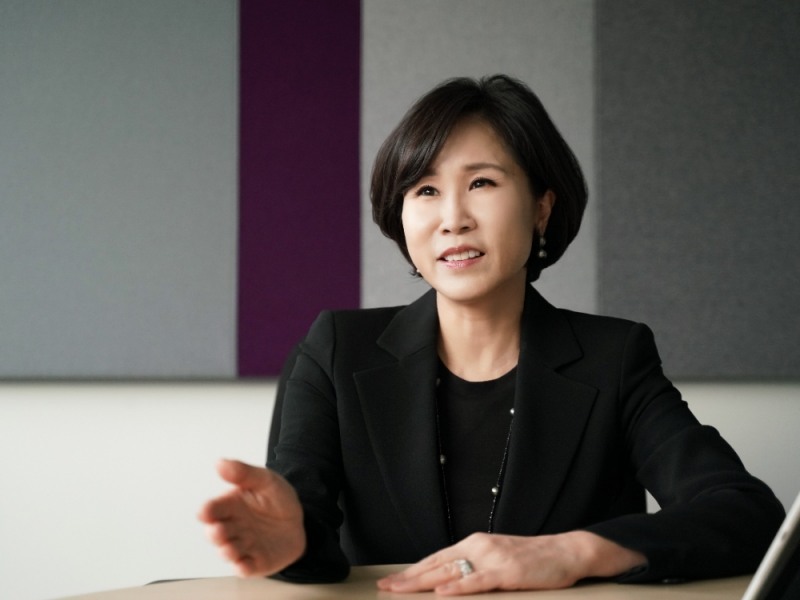 Citibank Korea CEO Yoo Myung-soon
This is part of a series of interviews and analyses of South Korea’s top bankers, policymakers and investors leading the financial industry here. This is the third installment. -- Ed.

Citibank Korea CEO Yoo Myung-soon and her rise to the top made fresh headlines late last year, when she became the first female chief of a South Korean commercial bank. The news brought hopes for greater gender diversity in a finance market long dominated by men.

Her vision of making the bank stand out as the one “most responsive to change” signaled an ambition to grow it into a provider of unique digital financial services with a focus on corporate banking.

But rumors that Citigroup might be planning to withdraw from the Korean market have put Yoo’s leadership to the test.

Bloomberg reported two months ago that Citigroup was mulling the divestiture of its retail banks in the Asia-Pacific region. Officials said the bank had received no such information from New York. But concerns remain over the possibility that the US banking giant might sell off its Korean subsidiary, with many citing Citigroup CEO Jane Fraser’s drive to simplify its banking operations.

Even if the report is not true, Citibank Korea’s earnings have been on a steady decline.

Conflicts with the labor union are another issue.

Unionized workers at Citibank Korea took issue with its aging workforce, holding the management responsible since it suspended the early retirement program in 2014. The bank hasn’t recruited new staff for the past decade, according to industry sources.

“Retail banking businesses entail high maintenance costs, especially for running brick-and-mortar branches, which is why Citibank Korea has constantly reduced its bank branches. Also, with the rise of big tech players in financial circles, it has been more difficult for foreign banks like Citibank Korea to increase profit in the retail banking sector,” said Suh Jeong-ho, a senior research fellow at the Korea Institute of Finance.

“(Citibank Group) is likely to shift its focus from retail banking to business finance, including corporate lending,” Suh said.

She served in key posts at the bank before taking the CEO post last year, including head of corporate banking, head of its corporate risk analysis unit and risk manager for its local corporate division. She also played a key role in launching Korea desks in Vietnam and across Europe, according to officials.

“Many different options are being considered and we will take the right amount of time before making any decisions,” a Citigroup spokesperson said, adding that no official divestiture procedures were underway for the Korean subsidiary. The bank will expand its ESG-related finances this year, while face-lifting its mobile apps to make it more friendly to local users, the bank said.