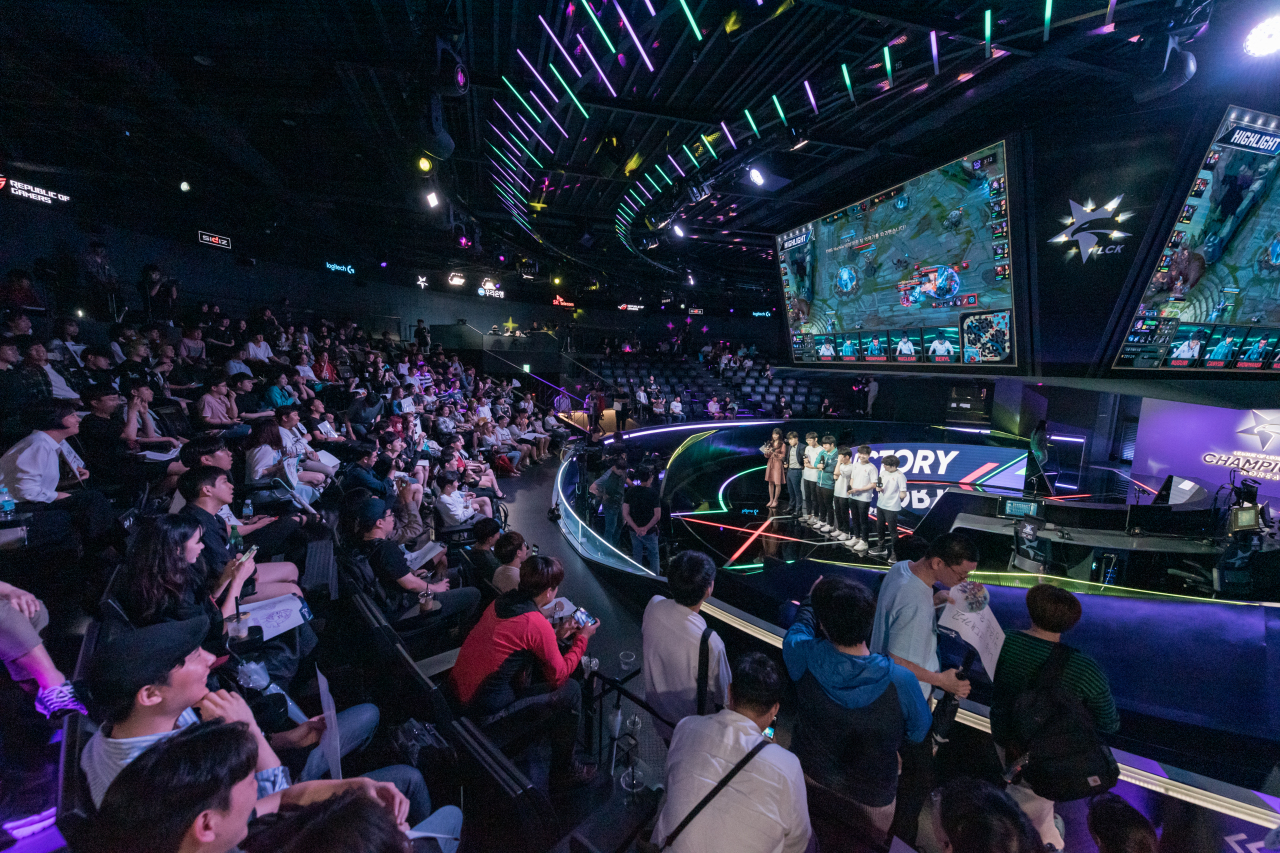 Fans watch the LCK in 2019, before COVID-19. (Riot Games)
Esports has now become a mainstream cultural activity for the younger generations, a development that was discussed during “The Game Changer,” an online esports conference organized by global esports company Gen.G Esports and Yonsei University last week. 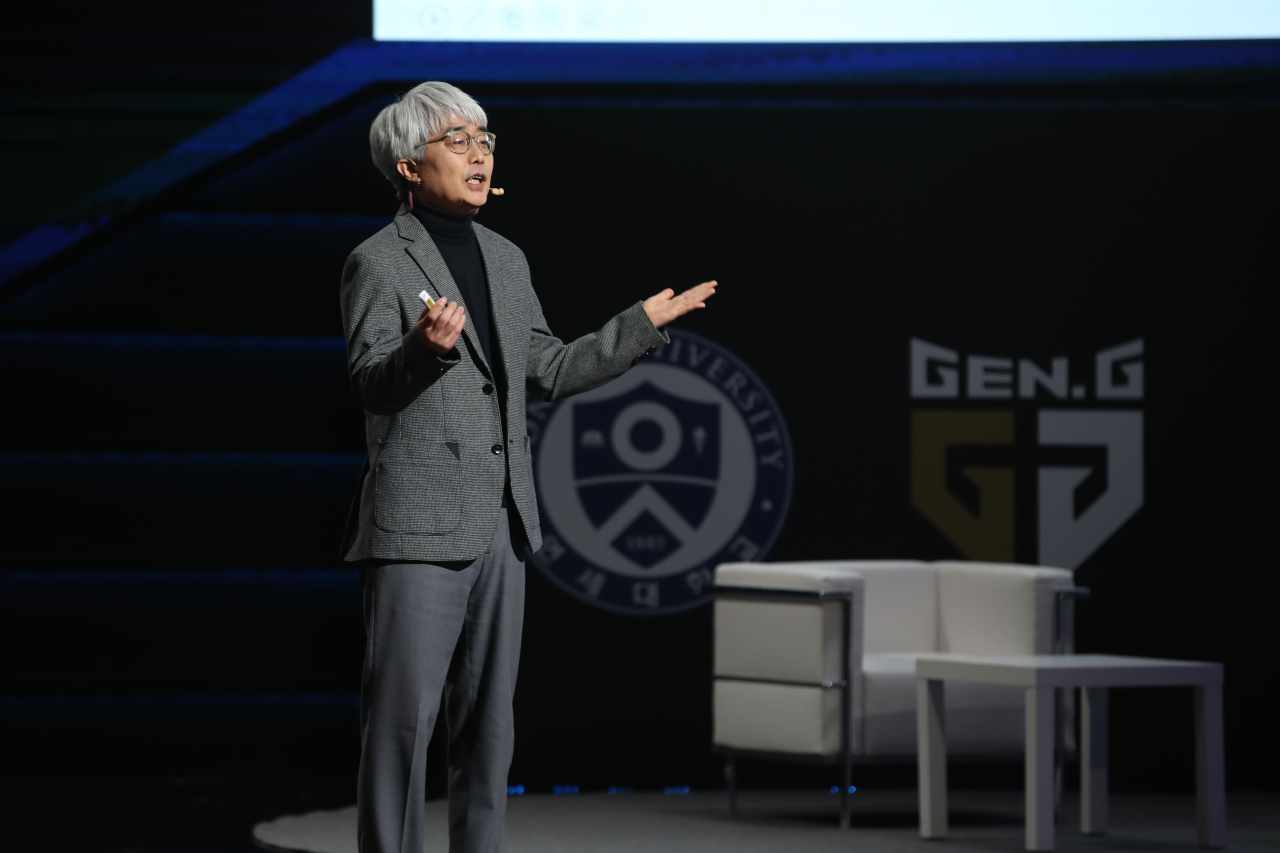 Professor Yoon Tae-jin, dean of the Yonsei Graduate School of Communication and Arts, appears at “The Game Changer” conference last week. (Gen.G Esports)
“As the number of people playing games grew after COVID-19, the perception of games has changed. With the growing number of players, media’s negative view of games has diminished,” said Yoon of Yonsei University. “Games went from the source of all problems to a means to overcome COVID-19.”

He also pointed out that the public’s interest in esports has grown and the industry is now going through a time of change.

“Recent trends show that there is a drastic increase in the number of people who enjoy watching esports despite not playing games,” said Yoon. 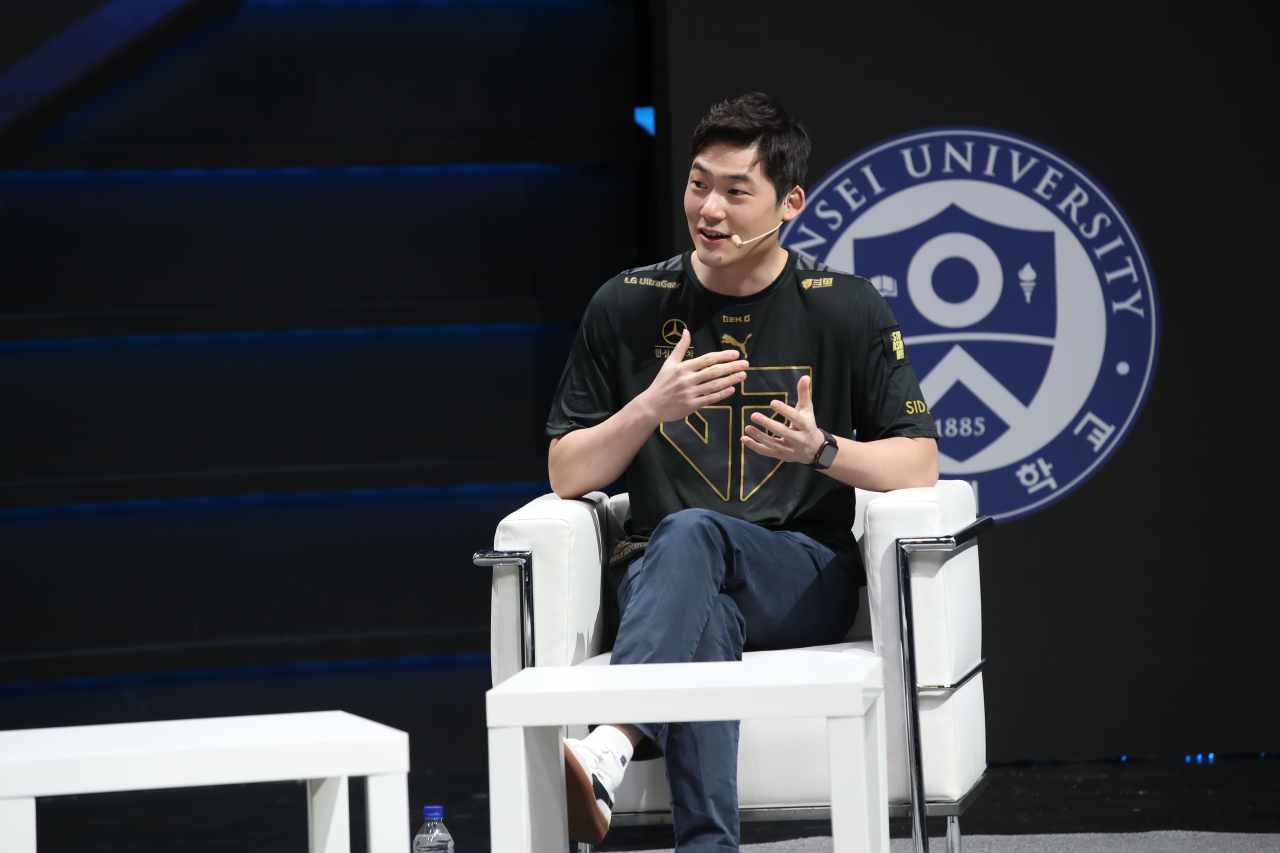 “Esports has always been talked about as a field with lots of potential. But now, I think esports has gone beyond having potential and is moving toward taking position as a global leader of the sports industry and content industry,” said Oh of LCK. Noting that esports is growing at a pace faster than expected, Oh said, “We have to push ourselves to keep up. The infrastructure, team and human resources to do more events (like traditional sports) is still lacking.”

Although LCK has been active for a decade, Oh said it was only last year that LCK Corp. was established, and an official website is still in the works.

He also raised the point that how the newer generation consumes sports is rapidly changing, spurred by the rise of mobile platforms and social media

In addition to actually playing League of Legends, social media and YouTube videos are how people get interested in the LCK according to Oh.

“Some fields regressed a decade while others advanced a decade due to COVID-19. I think esports pertains to the latter. It is clear that esports is one of the fastest growing industries in an era of change,” said Oh.

After the LCK went online due to COVID-19, viewership rose nearly 60 percent in 2020 compared to the previous year, according to Oh. The number of viewers has also been increasing this year.

Fan engagement is key to the growth of esports, Oh pointed out. Once games and esports gain popularity, esports broadcasters are needed to promote players and teams. Once that occurs, a sustainable ecosystem that generates profits and compensates the players for their performance needs to be established. 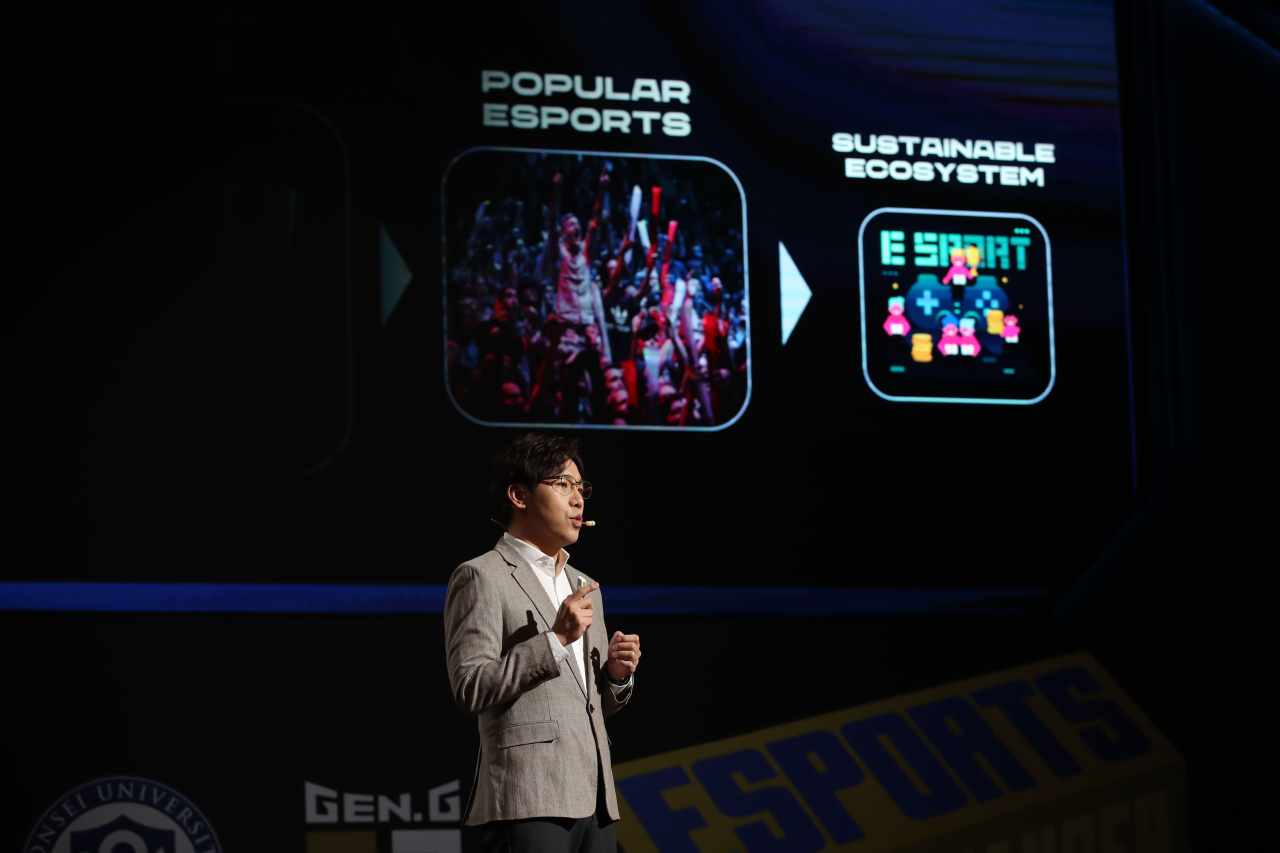 “LCK has fans all over the world, but it isn’t doing business outside Korea,” said Oh. “There is a region abroad that we are planning to commit to in the second half of this year. We plan to broadcast in a new language and expand fandom there.”

Like the English Premier League for soccer, LCK has more international viewers than local viewers. At the 2020 LCK Summer event, over 67 percent of viewers were from abroad. With the launch of the franchise system this year, major companies have invested in the league and teams, resulting in the league growing faster than ever.

On the question of how to keep producing superstar players and retain them, Oh said, “Korea has a solid new talent pool because of the PC bang (cybercafe) culture. We can’t stop players going abroad so we need to make Korea’s LCK league provide benefits on par with those offered by the other leagues. This way, the players will feel pride in playing in LCK.”

On the possibility of having home venues for LCK teams across different cities as in traditional sports, Oh said he had questions about applying the practice to esports and that if teams were to be geolocated, it would require greater changes. Many teams in China’s League of Legends Pro League have taken on different cities as home venues, building solid fan bases by building team stadiums.