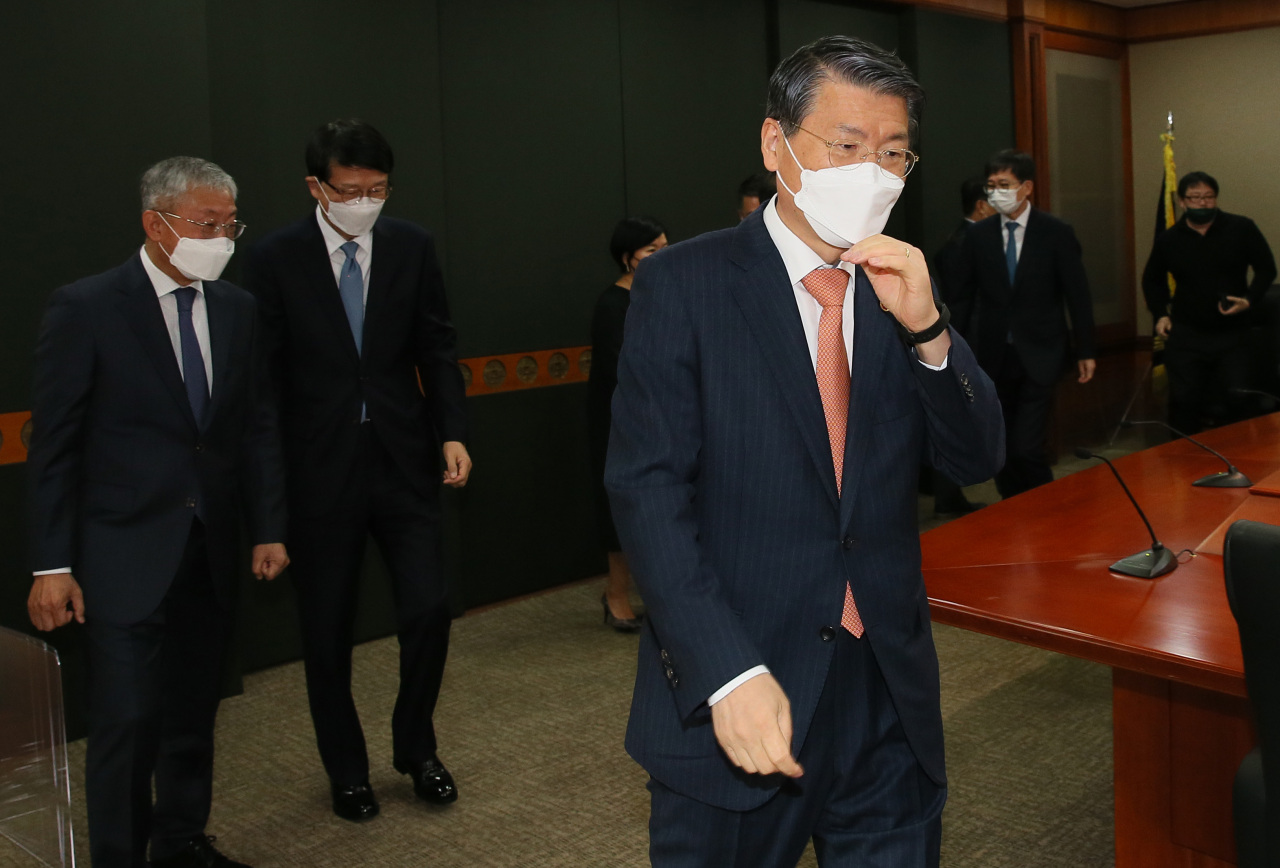 Financial Services Commission Chairman Eun Sung-soo is seen attending a meeting with heads of South Korea‘s financial institutions at the headquarters of the Korea Financial Investment Association in Seoul on Monday. (Yonhap)

Financial Services Commission Chairman Eun Sung-soo said Monday that SsangYong Motor’s likely investor, US automotive distributor HAAH Automotive, asked the government to give more time before it makes a decision on whether to submit a binding offer to invest in the cash-strapped commercial vehicle maker.

“We have not yet received an investment proposal from HAAH Automotive, but it doesn‘t mean the company officially declined to salvage SsangYong. The company said it needs more time to review investment,” Eun told reporters.

As the US company didn’t send the documents, the court is expected to begin its debt rescheduling process for SsangYong as early as this week, industry sources said.

"(HAAH Automotive) is also likely to ask the court to grant more time to mull the issue. But if the company doesn’t submit an investment letter of intent even during an extended period of time for consideration, the court-led restructuring would begin," Eun said.

If needed, the FSC will take part in discussions between workers, management and creditors of SsangYong Motor, as part of a move to rescue the financially pinched carmaker, he added.