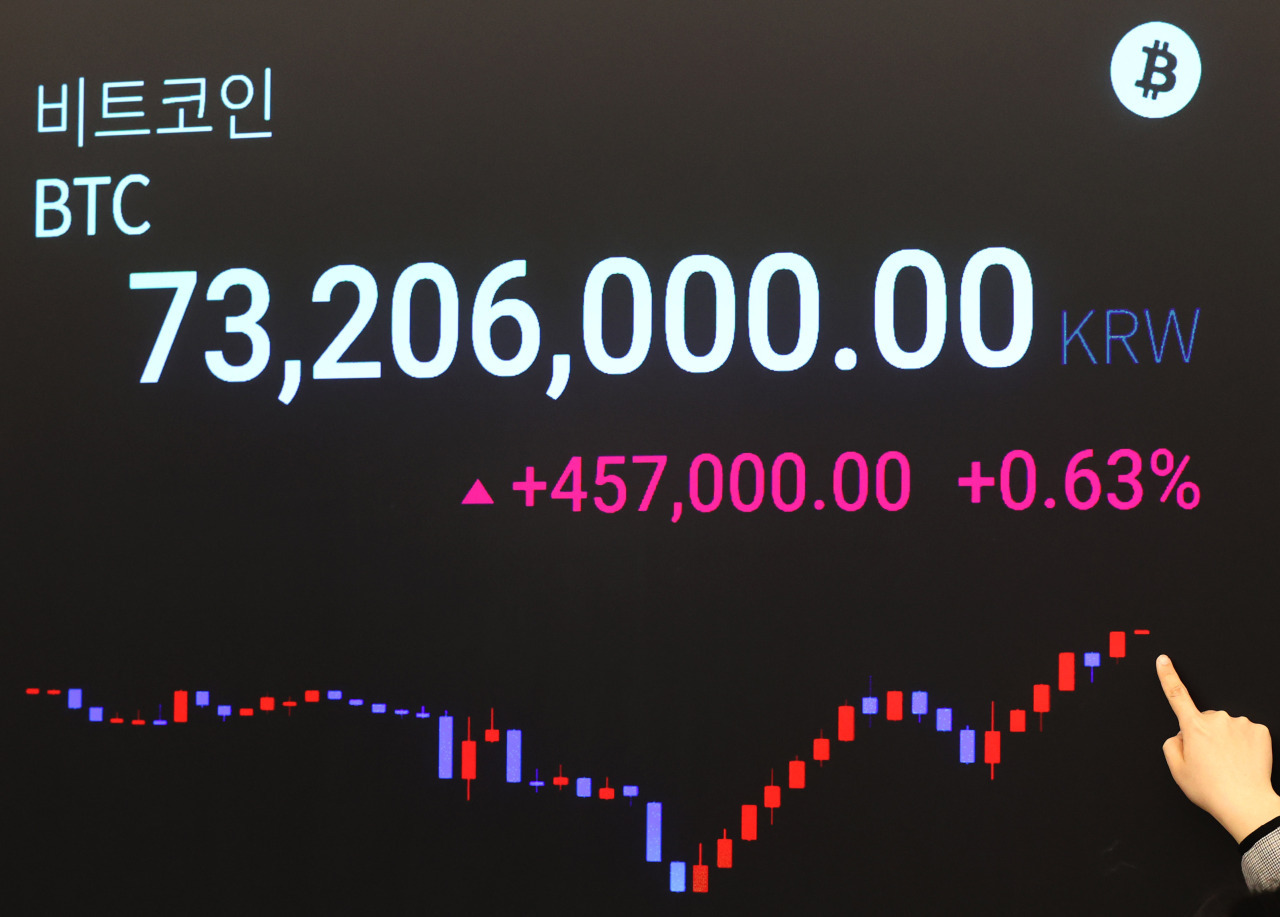 A digital board at cryptocurrency exchange Upbit shows Bitcoin price rising above 73.2 million won on Friday. (Yonhap)
Bitcoin, the largest cryptocurrency, fell on Sunday after hitting a fresh record high over the weekend. The price difference between domestic and overseas exchanges, dubbed as the kimchi premium, widened as much as 10 percent, indicating a heated investors’ atmosphere.

Bitcoin prices stood at around 73.50 million won ($65,056) in the early afternoon at local exchange Upbit and Bithumb, declining from the fresh record high of 75.30 million won on the previous day.

This compares to other international exchanges such as Coinbase or Binance that showed a price of around $58,000 at the same time.

This means Bitcoin is being traded with more than 10 percent of the premium, pointing to higher demand among domestic investors.

Kimchi premium once skyrocketed more than 50 percent in 2017 when Bitcoin prices went through a rollercoaster ride in its first boom and plunged to zero percent within a month.

The trading volume of cryptocurrencies at 14 local exchanges on Friday far exceeded that of the stock markets.

The rally in the cryptocurrency market is due to an increased interest among younger investors who are estimated to account for 60 percent of total investors in the crypto market. Market watchers say that investors in their 20s and 30s are those who feel frustrated with local property market and want to take advantage of the extremely volatile market.

In addition to major coins such as Bitcoin and Ethereum, some minor coins also known as altcoins have soared over the weekend.

Several altcoins including Medibloc, Maro and Dogecoin jumped as much as 50 percent within a day.