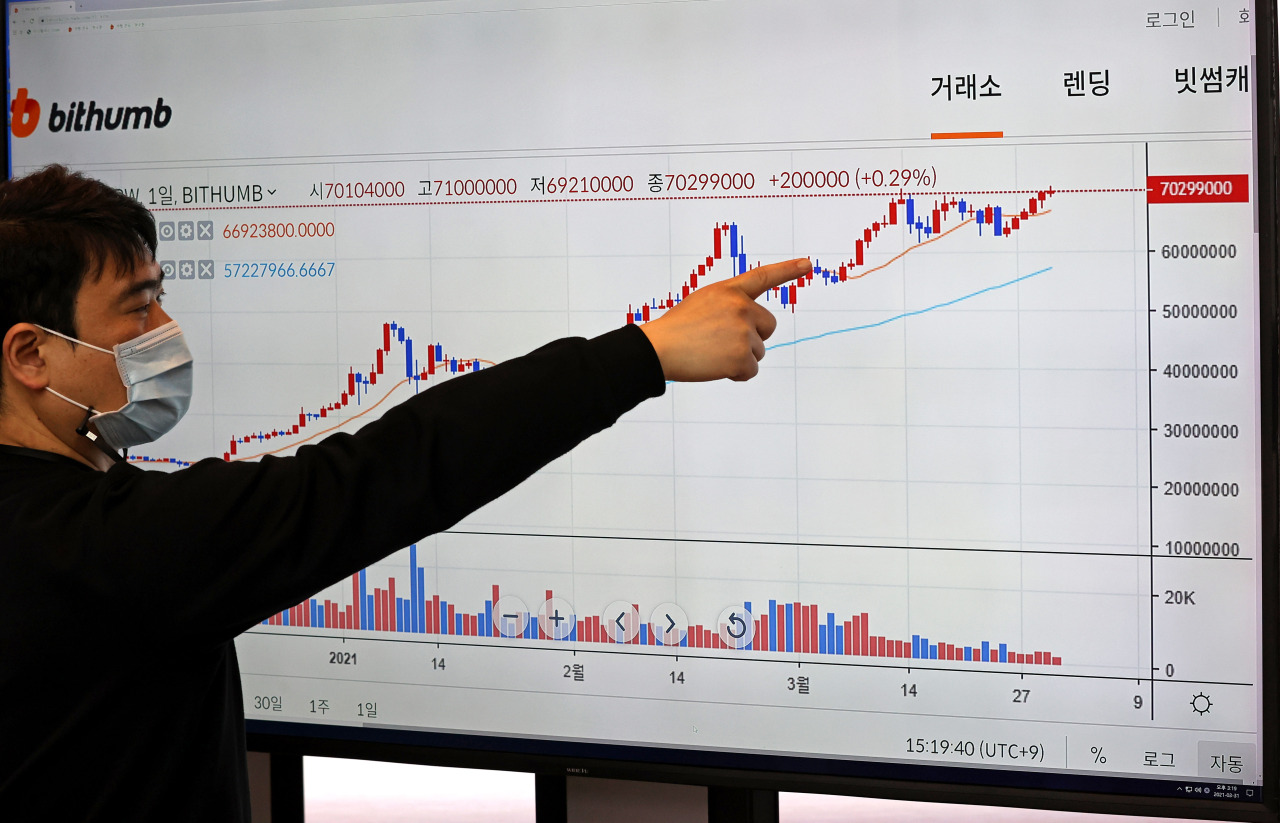 A man points out the bitcoin price graph on a screen at Bithumb’s office in Seoul on Wednesday. (Yonhap)

The booming adoption of digital coins by institutional players pushed the price of a bitcoin to new heights Wednesday.

Bitcoin soared to a record high of 71.6 million won ($63,200) in the morning Wednesday, according to Upbit, a South Korean cryptocurrency exchange that trades 184 coins.

Wednesday’s rally came after a series of institutional endorsements from big players in various industries that began earlier this year.

On Tuesday, PayPal, which has 375 million users, launched a cryptocurrency checkout service that allows its users to shop using cryptocurrencies at millions of online stores.

PayPal’s announcement followed Visa, which on Monday said it would allow the settlement of credit card bills with cryptocurrency partners using a stable cryptocurrency called USD Coin built on the blockchain of Ethereum, the world’s second-largest digital token. USD Coin is pegged to the US dollar at a 1:1 ratio.

In Korea, efforts to make use cases of digital coins are also continuing.

This week, PayCoin, a digital token developed by local payment service provider Danal, launched a prepaid card service that uses PayCoin in partnership with China’s UnionPay. Users can pay with prepaid cards on the Global UnionPay network, except for Korea and China, without having to exchange currencies. The announcement propelled the rally of the PayCoin, which jumped more than 20 percent Monday.

Earlier this year, US electric vehicle maker Tesla said it would accept bitcoin for its products, while US financial services firm Square bought $170 million in bitcoins in February. In addition, Mastercard in the same month said that it would begin moving cryptocurrencies directly across its card payments network while Bank of New York Mellon announced it had created a new unit to help clients hold, transfer and issue digital assets.