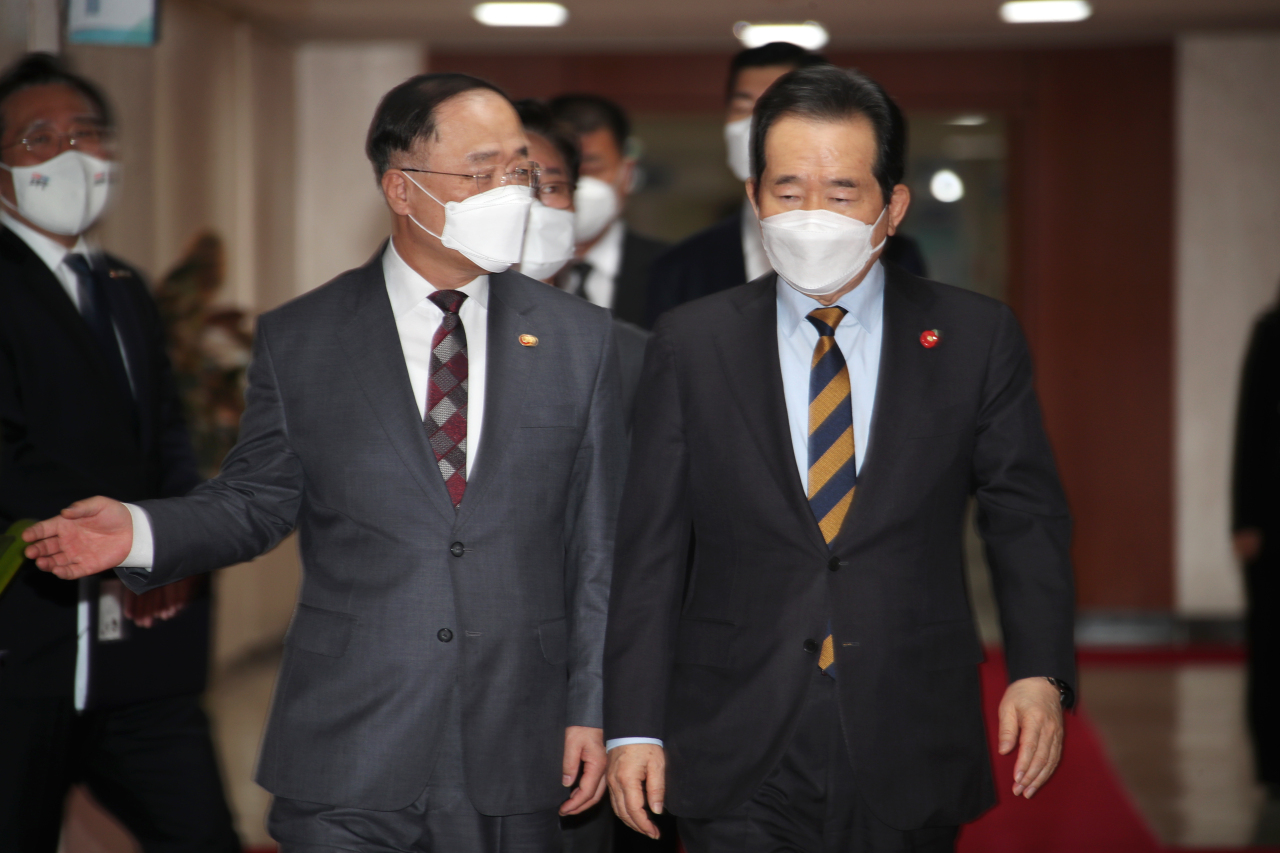 The government will keep its expansionary fiscal policy stance next year to support the recovery of the coronavirus-hit economy, the government said, hinting at another mega budget exceeding 600 trillion won ($529.2 billion).

The Cabinet approved Tuesday the 2022 budget guidelines, drafted by the Ministry of Economy and Finance to revive the sluggish economy. It focuses on fiscal inputs on boosting employment and domestic consumption and boosting investment in innovative technologies.

Such scheme is necessary to normalize the South Korean economy, which shrank 1 percent in 2020 from a year earlier.

“With fiscal spending, we need to bring the economy clearly back to a normal track and continue to invest in key areas to promote innovation and inclusive growth,” Ahn Do-geol, a senior ministry official in charge of budget affairs, said at a press briefing.

In the 2020-24 fiscal management plan the ministry submitted to the National Assembly in September, the total government expenditures for 2022 were forecast to grow 6 percent on-year.

As the government spending increased to 572.9 trillion won for this year with a 15 trillion-won extra budget approved last week, next year’s budget is likely to exceed the 600 trillion-won threshold.

Public spending has been increasing in a fast clip, due partly to aid packages to counter the economic fallout of the COVID-19 pandemic, since the figure surpassed 400 trillion in 2017.

To brush off concerns over the country’s fiscal soundness due to mounting national debt, the ministry said it would strengthen effort to restructure fiscal expenditures.

It will take a zero-based budgeting approach to cut down 10 percent of nonessential spending by reviewing some 12 trillion won worth of one-off programs, such as employment retention schemes and promotion campaigns to encourage consumption.

The national debt is expected to surge nearly 20 percent from 805.2 trillion won, the figure before the first extra budget was created, to 965.9 trillion won after the fifth round of supplementary budget was factored in.

Its debt-to-gross domestic product ratio will likely reach 48.2 percent this year, up from 43.9 percent the previous year.