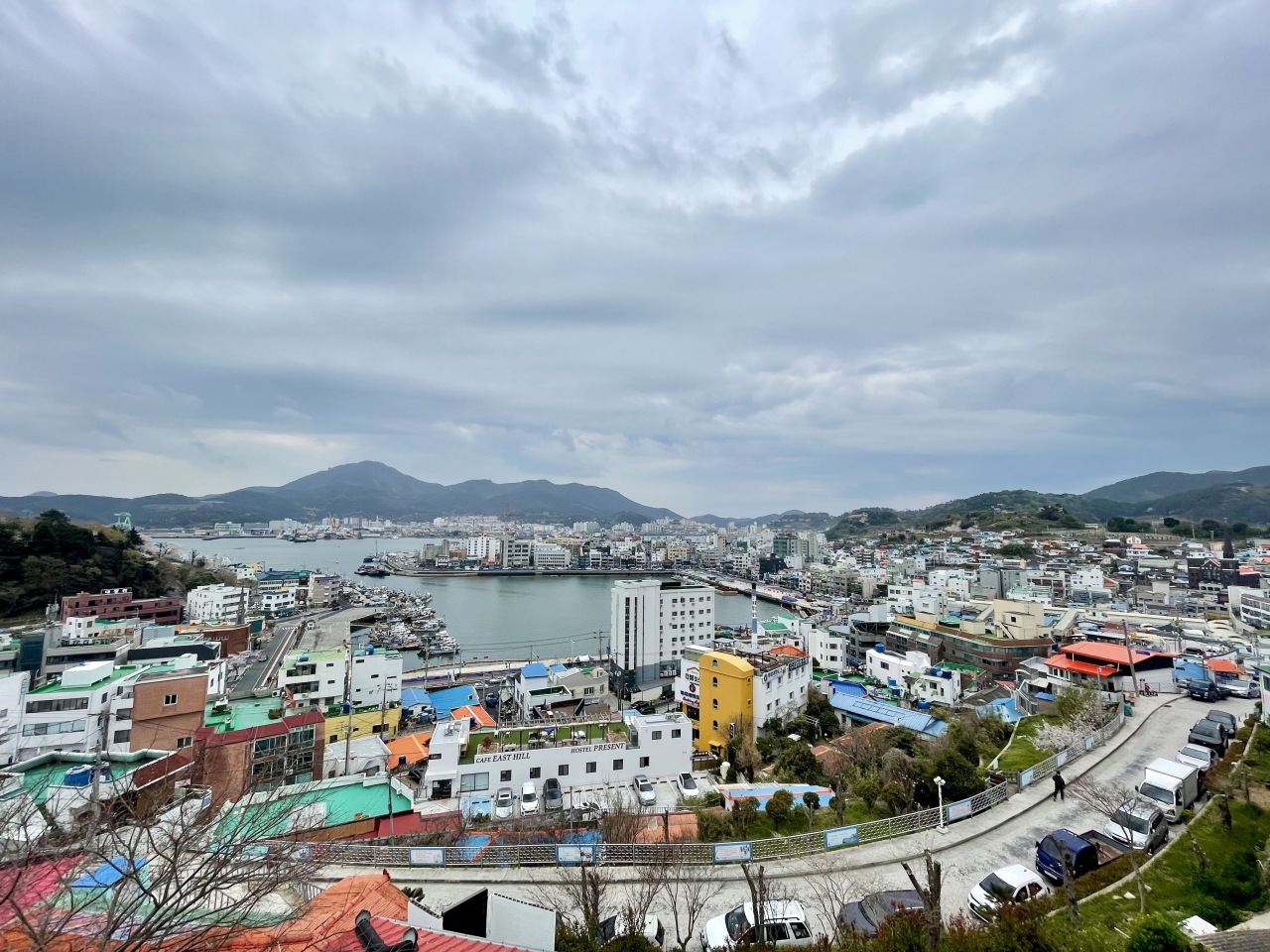 The annual festival kicked off Friday under the title “Changing Reality.” Last year’s festival was canceled due to COVID-19 -- the first cancellation since the festival started in 2002.

Though the virus continues to spread rapidly across South Gyeongsang Province, the show’s 2021 engagement kicked off as planned. Tickets for most performances were sold out.

Over the first weekend of the 2021 festival, the moon rose within the Black Box theater, where the original dance musical “Dear Luna” had its premiere.

“‘Dear Luna’ is a work that talks about our lives and dreams,” ballerina Kim Joo-won, the artistic director of the show, wrote in the program. “Through ‘Dear Luna,’ I hope that someone who is no longer dreaming will dream again and someone who (finds it) difficult to walk the path of life will be comforted to walk again.”

The show aimed to portray the “human path” according to the phases of the moon. Kim and the other five dancers moved beautifully on the stage, portraying the moon. 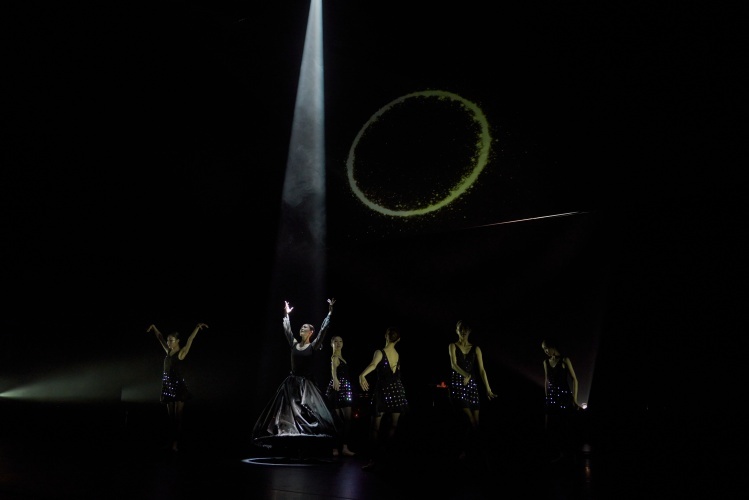 Ballerina Kim Joo-won and other dancers perform in “Dear Luna.” (Kim Si-hoon/TIMF)
Han Ye-ri of the Golden Globe-winning film “Minari” made an appearance as the show’s narrator.

The music was written by Korean American composer Kim Texu -- recognized for Korean-inspired works such as “Zzan!!”and “Pali-pali!” -- who creates a dreamy atmosphere by reinterpreting works such as John Adams’ “Phrygian Gates,” Rachmaninoff’s Piano Concerto No. 2, and Debussy’s “Beau Soir” and “Clair de Lune.”

While the brass wind instruments added a Western note to the music, the string instruments had an East Asian touch. The harp connected the two, just as Yun always worked to bridge the West and the East. 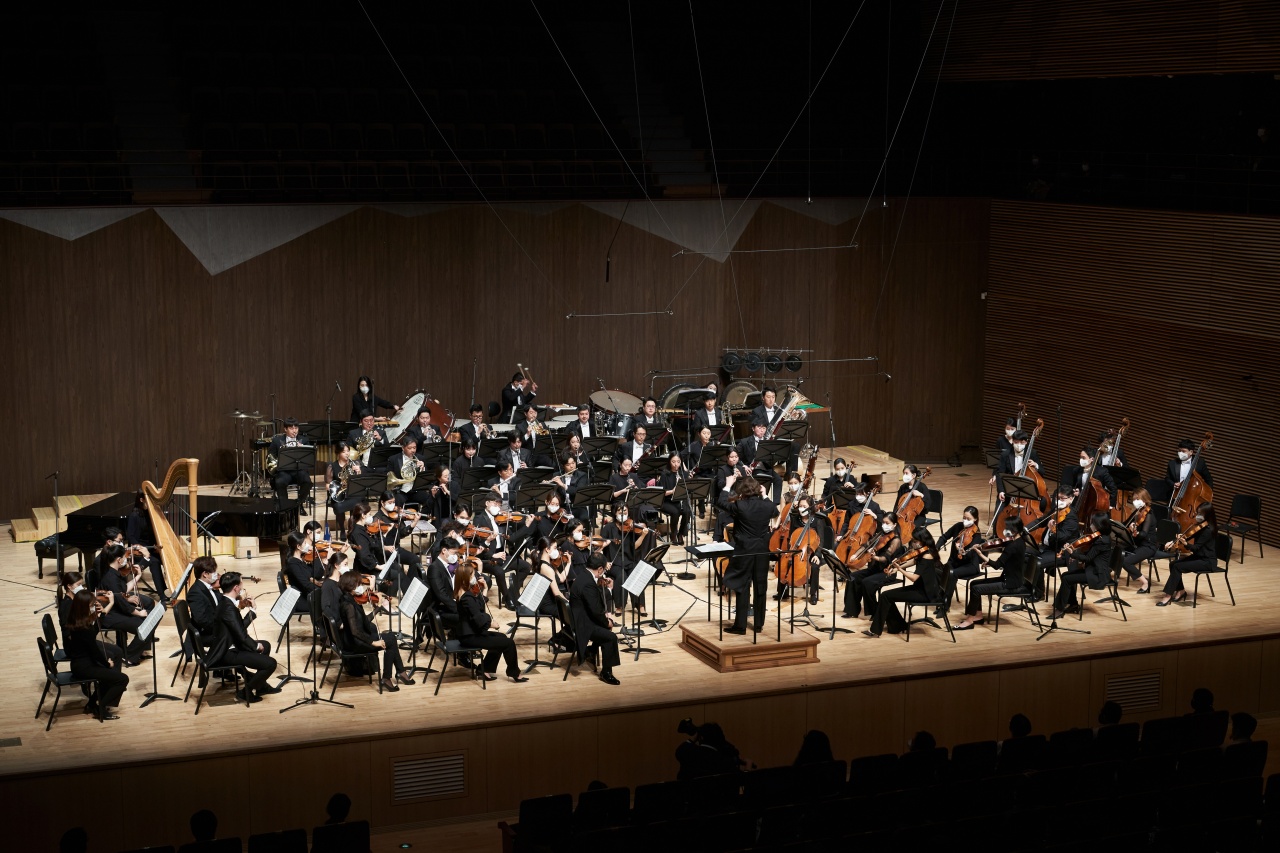 “In times like this, the opportunity to perform at a festival, to perform in front of audiences, is so meaningful to me,” Kim said after performing the Tchaikovsky concerto, addressing the audience. She gave an encore, presenting the concerto version of “Pas de Deux” from “The Nutcracker,” which is part of her upcoming album, set for release in June.

“Since this concerto version was arranged for the album, it is a world premiere,” Kim said.

After an intermission, the orchestra wrapped up the night with Shostakovich’s Symphony No. 5, characterized by its Beethoven-styled “from darkness to light” structure.

The festival will continue its run through Sunday, presenting a total of 23 performances.

On Friday, Korean traditional music-inspired band Leenalchi will appear at the festival, performing the hit song “Tiger Is Coming” and more.

For the closing concert on Sunday, Mozart’s last work, “Requiem,” will be performed by soprano Lim Sun-hae, bass Park Jong-min, the Daejeon Philharmonic Chorus and the Tongyeong Festival Orchestra. According to the Tongyeong International Music Foundation’s new CEO Lee Yong-min, “Requiem” pays tribute to all those who lost their lives in the COVID-19 pandemic.

Meanwhile, violinist Chung Kyung-wha called off her two performances at the festival due to a hand injury. She was to perform a complete cycle of Bach’s sonatas and partitas in a violin solo on Sunday and Tuesday.