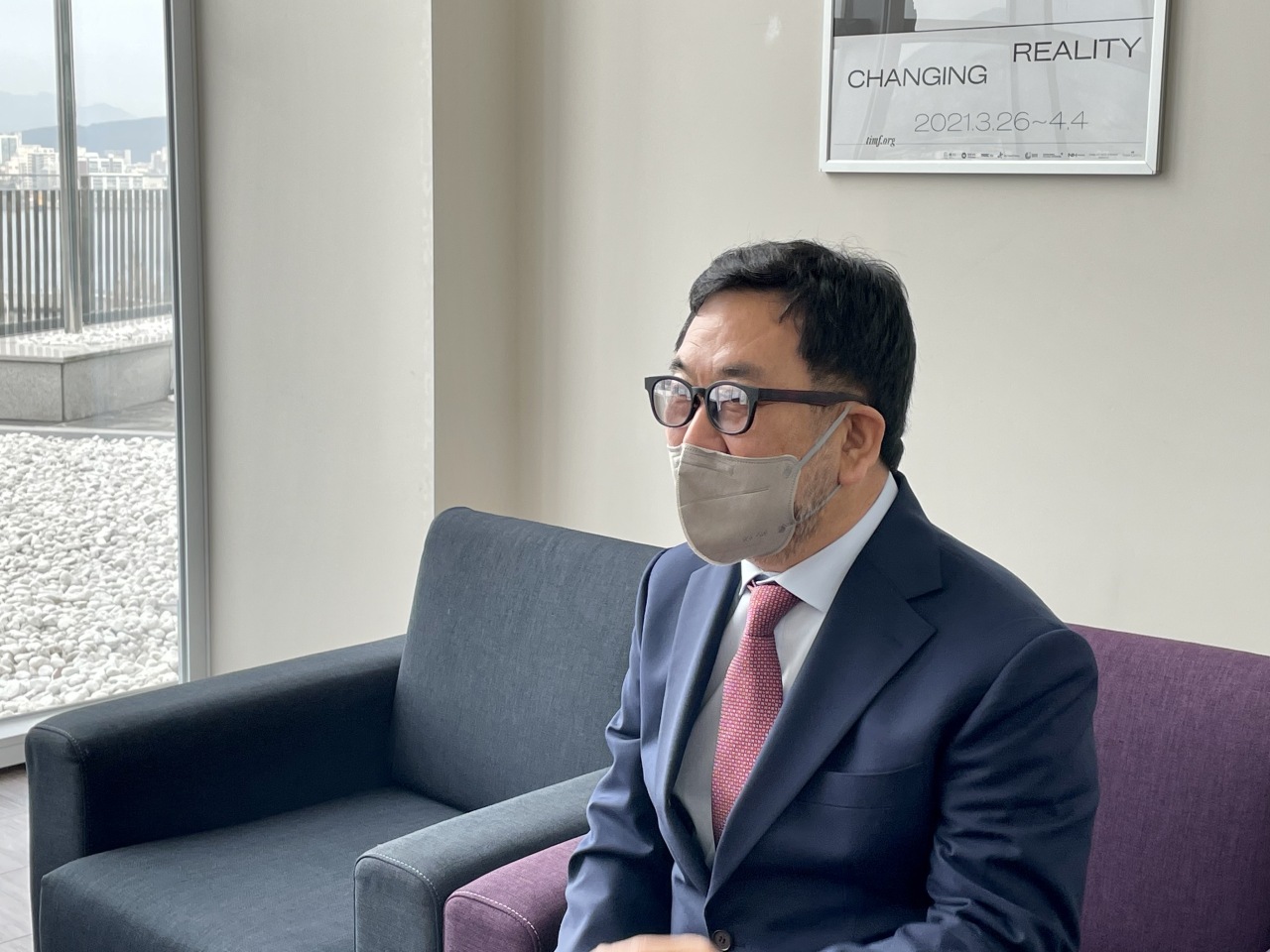 “I have been part of this team for a long time. Not much has changed. But yes, I am learning that there are certain responsibilities tied to my post,” Lee told The Korea Herald during an interview Saturday at the Tongyeong Concert Hall.

Riem left at the end of last year after completing his seven-year term to take the post of secretary-general of the World Federation of International Music Competitions, based in Geneva, Switzerland.

Born in Masan, South Gyeongsang Province, Lee moved to Tongyeong when he was 13. Growing up in the port city, he worked as a music teacher in middle and high school at the city for about 20 years. He also led the Tongyeong Municipal Boys & Girls and a women’s choir. Since 2002, he has been part of the music foundation.

“Amid the COVID-19 pandemic, there were concerns that holding a music festival may be too risky. Some 70 percent of the audiences for the festival come from regions outside of the Tongyeong area,” Lee said.

“But we believe that a festival can be both entertaining and also ritualistic -- wishing that things will change for the better in the near future,” he said. “On the first day of the festival, I received calls that thanked us for giving hope. Maybe this south wind from Tongyeong can lead the change.”

Though he hopes to continue the legacy of the festival, there is one change he would like to make: to have the artists stay longer in Tongyeong.

“Artists can promote the city of Tongyeong. To do that, however, they have to stay in the city for a while, experiencing the local culture. I would not want the invited artists to just perform and leave without actually experiencing the city,” he said. “They can spread the word about Tongyeong, promoting this beautiful city.”

Lee is set for a three-year term.