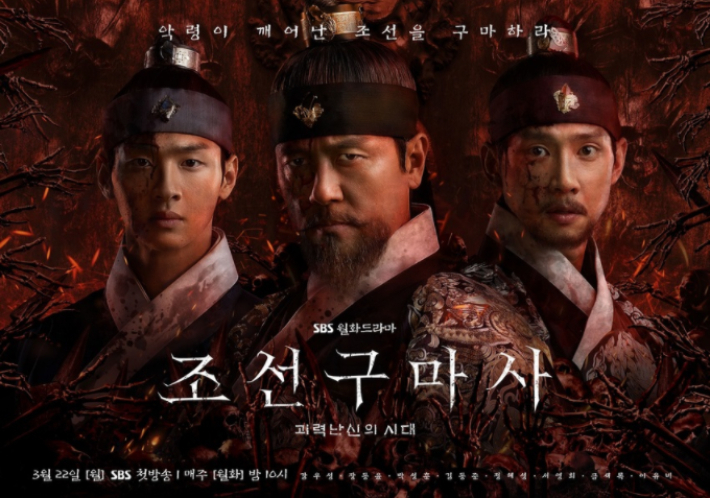 “Joseon Exorcist,” about zombies appearing in the Joseon era, was criticized by many Koreans for using Chinese-style costumes and props, especially at a time when Chinese claims to kimchi and hanbok in recent months have angered the public here. Although the production team -- Crave Works, YG Studioplex and Lotte Cultureworks -- and SBS issued an apology, the drama series that kicked off with a high viewership rating of 8.9 percent was unable to air further.

The production team also released a statement Friday, saying production has been canceled and that the series will be taken down the same day on all available platforms.