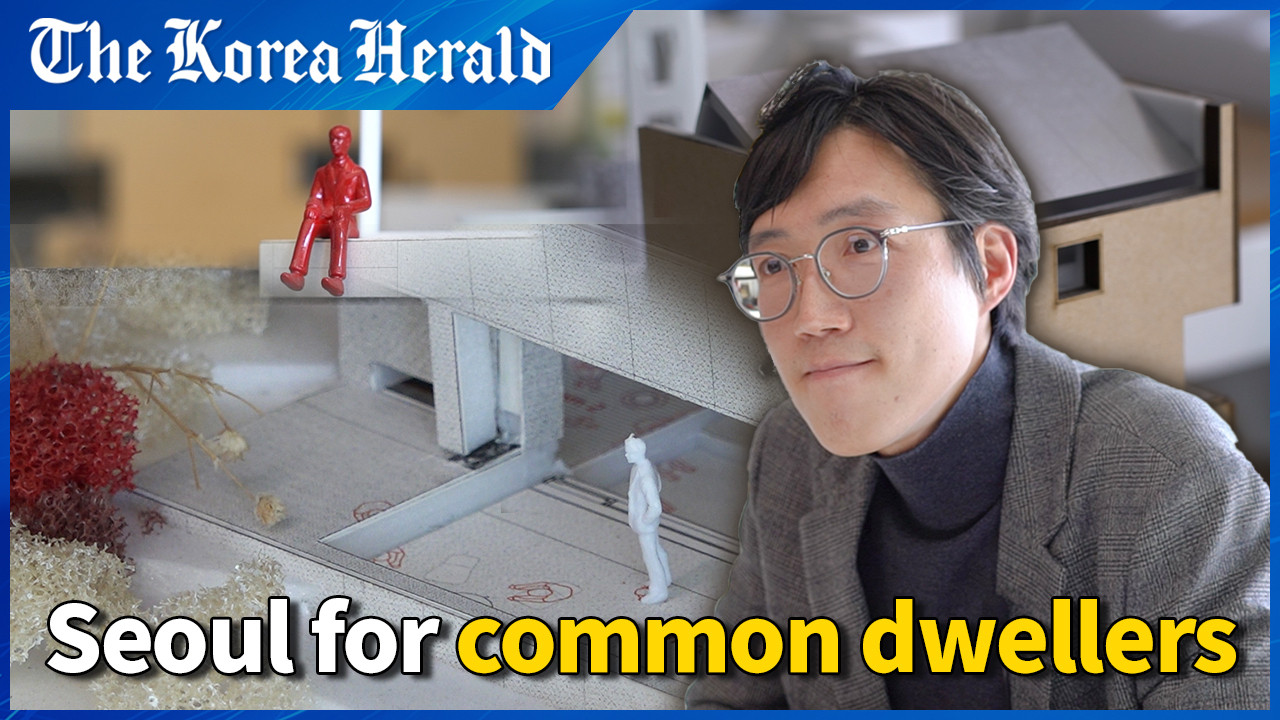 A densely populated city, but also individualistic. Huge skyscrapers and state-of-the-art facilities coexisting with old-fashioned street corners. If one asks residents living in Seoul to picture the city, these are a few of the most common answers.

The old and new seem to fit harmoniously together in the city, but even greater value is hidden underneath the bustling city when an architect views the landscape.

Architect Kim Young-soo is CEO of More Less Architects. Between carrying out projects, Kim also teaches at Inha University’s Department of Architecture. In 2020, the firm was awarded the grand prize at the Jeju Architecture Festival for its unique project piece “Nasillonner.”

The aim was to build the architecture to naturally fit into the environment of Jeju Island, which the architect mentioned had always been there in its perfect shape from the beginning. Rather than standing out from the crowd, the 84-square-meter house was humbly designed in its materials and color, as can be seen from the red volcanic stones from Jeju Island scattered around Nasillonner’s courtyard garden. 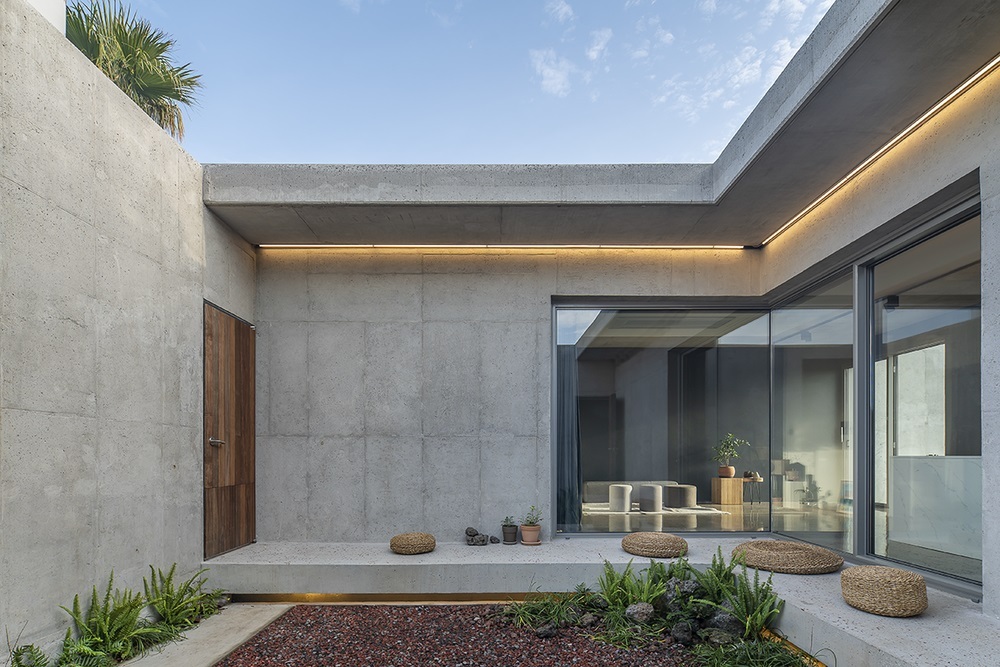 Project “Nasillonner,” winner of the grand prize at the 2020 Jeju Architecture Festival (More Less Architects)
Asked how simplicity became the core value of his works, Kim shared his views of today’s popular modern architecture in Seoul.

“I personally think we should avoid too much chasing of a facade that is simply aesthetically eye-catching and beautiful to look at. In social media today, people are used to discussing the space based on a single image rather than the overall atmospheric mood and emotional feelings of the space.” Kim added, “When you are in a space to talk to someone, the echoing of the sound, or sense of coziness are elements that others can feel differently, which makes it unique.” 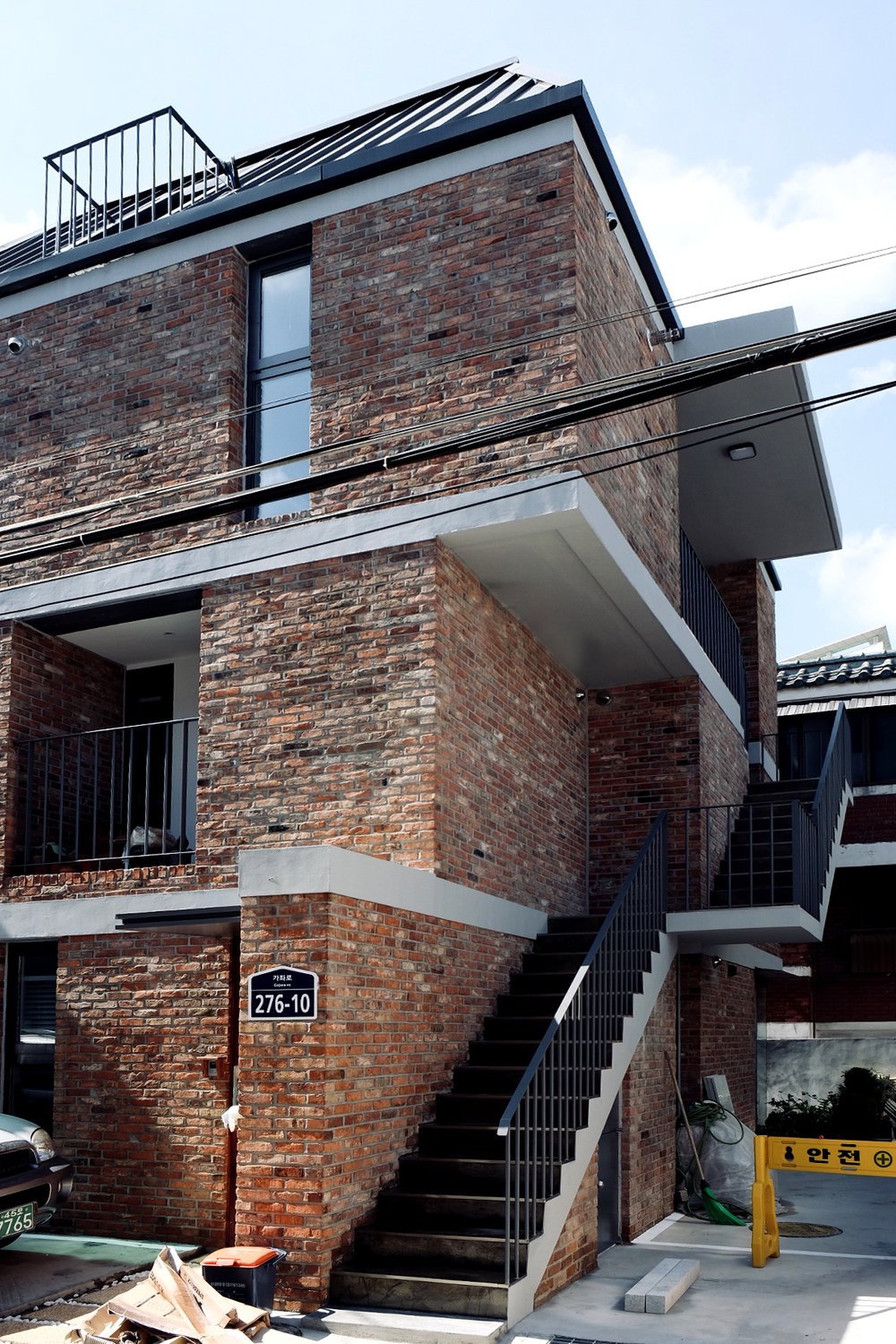 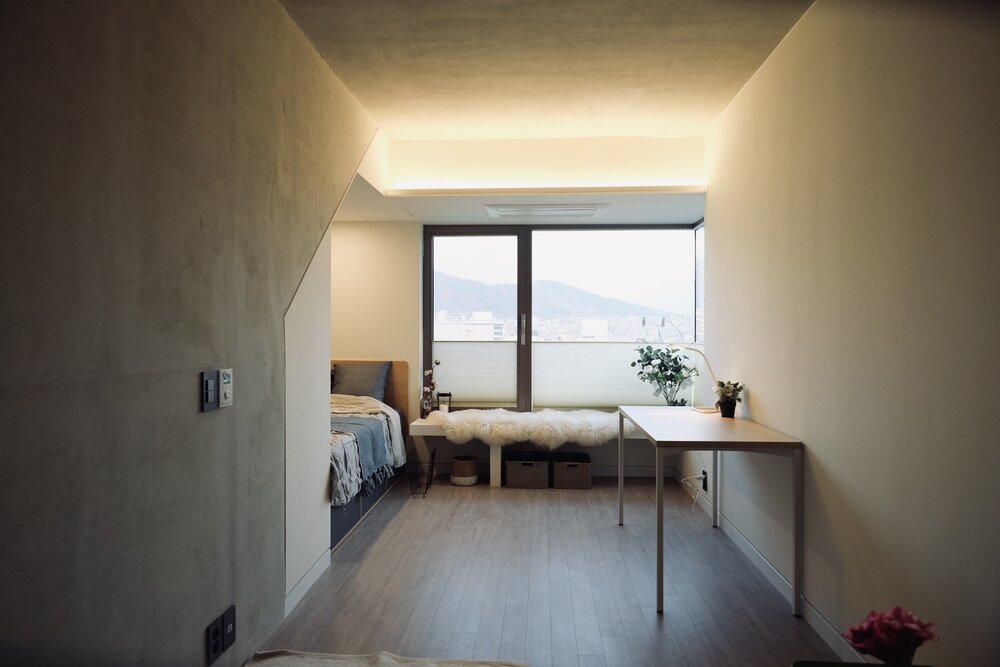 Photo of “Share House” in Cheongpa-dong, Seoul (More Less Architects)
Taking note of one’s own impression and experience among the crowd at a place in time, and fully appreciating the rhythm that the space is offering, seems an important task. However, the pandemic has restrained crowds from gathering in common spaces. As an alternative to this unforeseen event, demand has grown for more private spaces, and thus people became more interested in residential spaces.

“Even before the pandemic crisis, there was growing interest in people’s personal spaces. But after the pandemic hit hard, I think the desire became apparent.” Kim told The Korea Herald, while showing a few of his recent projects in Seoul.

“In the case of the Rabbit House project, our aim was to make individual terraces.” Although each room within the Rabbit House is quite confined in space, the unique exterior terrace guarantees the residents’ privacy in a stylish manner.

Another project called Share House, also done by More Less Architects, is located near a college campus. Originally built for single occupants who have just started out their career and are busy adjusting to hectic schedules, the kitchen was created as a common space, while bathrooms were kept private.

“Our team has constantly been discussing ways to clearly mark the dwellers’ personal and public spaces, setting the architectural plan based on this principle,” Kim said, noting the importance of balancing the two spaces in Seoul.

As an architect living in a city rapidly changing in its shape and form, Kim spoke about the importance of being inspired from daily encounters. “I have memories of childhood, sitting on a deck watching water dripping from the eaves. These moments do not seem as important nowadays to older generations and ordinary people struggling with daily lives.”

Insisting that treasures can be found in every passing moment, the architect hopes to share his values, with aims to bring back the architectural treasures lost along the way to urban development, through his future works.