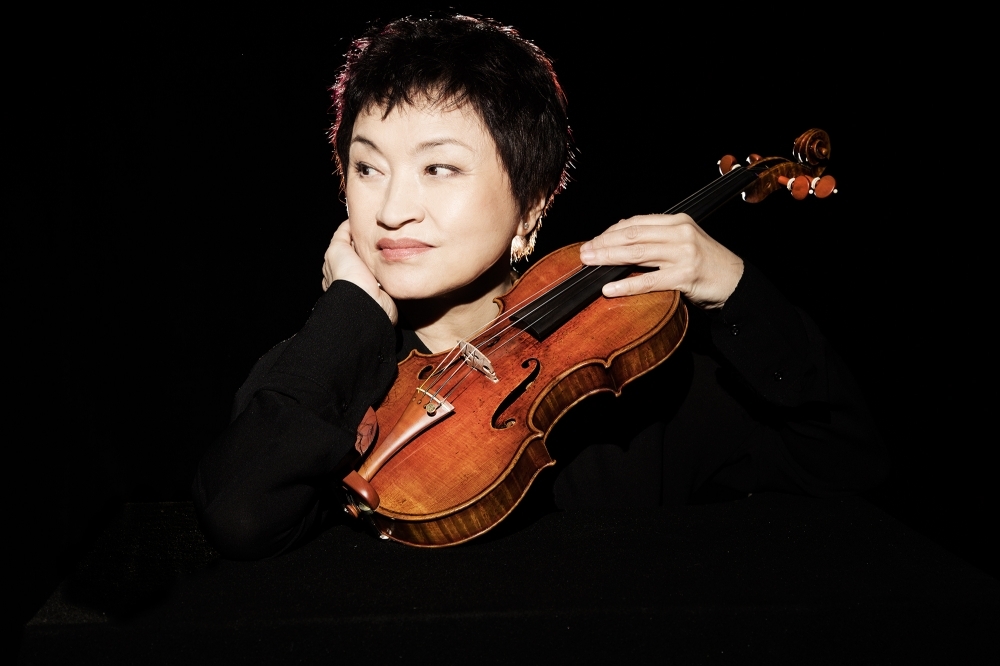 The 73-year-old virtuoso violinist was to hold a solo recital on Saturday at Namdong Sorae Arts Hall in Incheon. The sell-out recital, however, was canceled on the day, following Chung’s injury.

“The recital has been unfortunately canceled due to the artist’s left hand injury. We ask for the understanding of the audiences who have waited for the recital,” the art hall said.

Chung’s performances at the upcoming Tongyeong International Music Festival, an annual music fest held in Tongyeong, South Gyeongsang Province, on March 28 and 30 have been axed as well.

The art hall did not elaborate on what kind of injury she sustained.

In 2005, Chung went into a five-year hiatus after suffering an injury to her left index finger. She made her official comeback to the stage in 2010, performing Brahms’ Violin Concerto with the Philharmonia Orchestra under the baton of Vladimir Ashkenazy in Seoul.

In the following years, Chung made a full comeback, holding recital tours and performing with renowned orchestras around the world.

“I say it is a miracle that I am able to bounce back to the stage at the age of 65, recovering from an injury,” Chung said at a press conference in 2013.

Though she successfully returned to the stage, the finger injury continued to trouble her. In 2016, at a press conference held to promote the release of her album “Bach: Sonatas & Partitas,” she revealed that the finger injury still bothered her.

“During the recording, there was pain in my left hand, which had been injured before, and I had to take pain killers,” she said. “I am still treating (the injury) and recovering.”