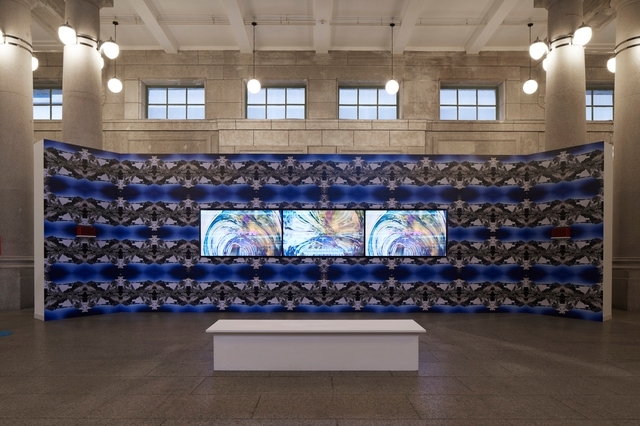 The “Border-less.site” exhibition was developed as part of Culture Station Seoul 284’s regional research and exhibition initiative, following the “DMZ” and “Kaesong Industrial Complex” exhibitions in 2019 and 2018, respectively.

The exhibition explores what a border means in two areas, Dandong in China and North Korea’s Sinuiju. The two towns are divided by the Yalu River -- also known in Korean as the Amrok River -- that runs between them.

Though the two cities are divided by the river, they connect the two countries in commerce, diplomacy and military. 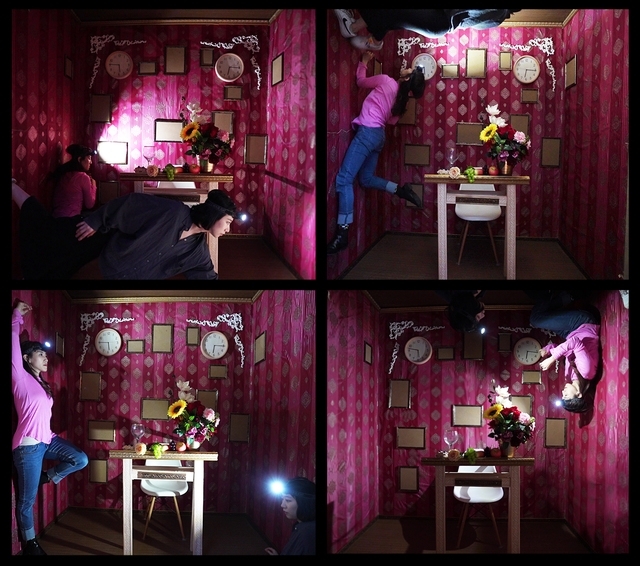 “Escape Fantasia” by Choi Yun (KCDF)
“It was therefore interesting to revisit the meaning of the ‘borderless border’ via the various artworks and to recall the imagination evoked around crossing the border, much of which has long been rejected,” art director Park Seong-tae wrote in the introduction for the exhibition.

Professor Ahn Chang-mo of the School of Architecture at Kyonggi University, who specializes in the architecture of South and North Korea, provided the research data needed for the exhibition.

“We hope that the exhibition can be a chance to expand the meaning of borders from discontinuity to connectivity,” an official from the exhibition organizers said.

The exhibition will continue until May 9.