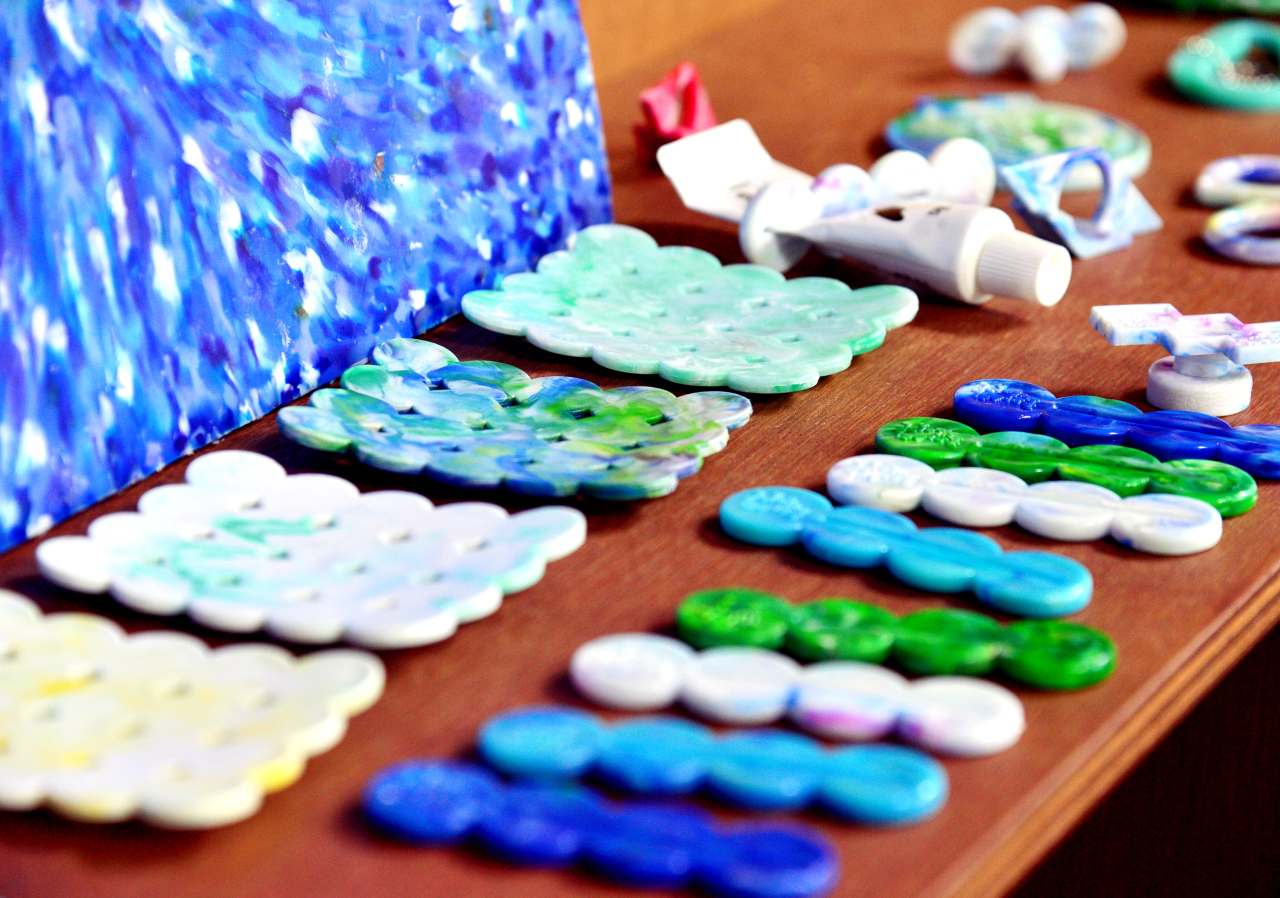 Tube squeezers and soap holders made of plastic waste are displayed at Plastic Mill. (Park Hyun-koo/The Korea Herald)
The Korea Herald is publishing a series of articles about efforts being made by the public and governments to protect the environment as the country moves towards the goal of becoming a more eco-friendly society. - Ed.


In a small office full of machine and colorful pieces of plastic, staff are busily making new products with plastic waste.

They wash plastic waste, categorize them by color, grind and melt them and then pour the molten plastic into a mold. Through this process, plastic waste is reborn as pretty tube squeezer or soap holders.

The office and the staff are part of a public participation campaign called Plastic Mill, which the environmental civic group Korean Federation for Environmental Movement began in July 2020 with an aim of spreading awareness of plastic problem and gather voices with citizens to use less plastic. 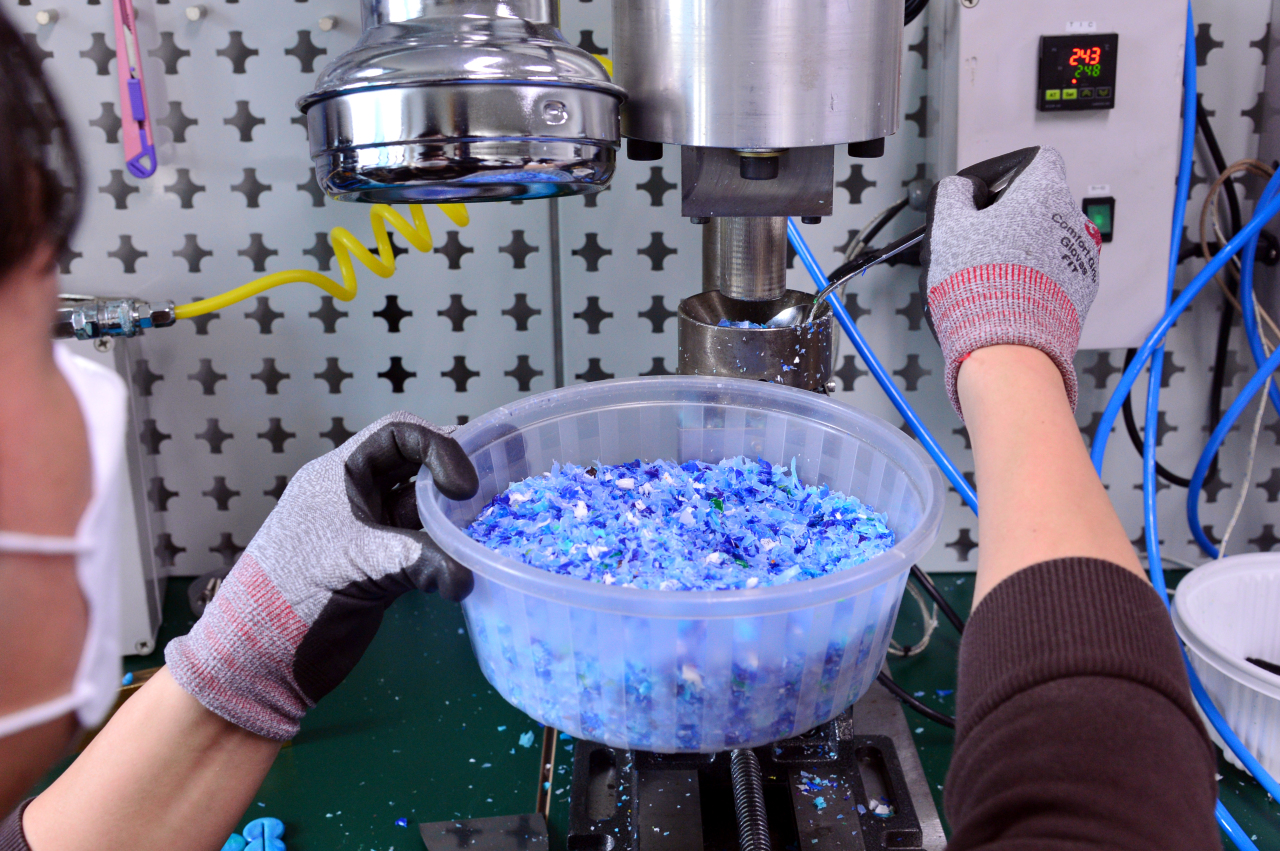 A staffer makes new plastic products with melted plastic. (Park Hyun-koo/The Korea Herald)
With plastic waste sent by citizens, they make upcycled products, such as tube squeezers or soap holders, and send them back as a reward.

“We didn’t expect public participation to be this high,” Yona Kim, project manager at KFEM told The Korea Herald at the office where Plastic Mill is located in Jung-gu, Seoul.

“The number of citizens who recognize the seriousness of the plastic problem is increasing day by day. But there is no place that suggests a way to this. That’s why many people come to us,” Kim said.

South Korea generated around 7,000 tons of plastic waste a day on average in 2019, according to the recent data provided by the government. Less than half of them are recycled and the rest are disposed of as incineration or landfill.

The environmental activist said although the recycling separation rate from citizens is high but the actual recycling rate is not. In order for plastic waste to be recycled, they should be made of plastic entirely without mixing with other materials but many products and containers are still made of composite materials, which are not recyclable. 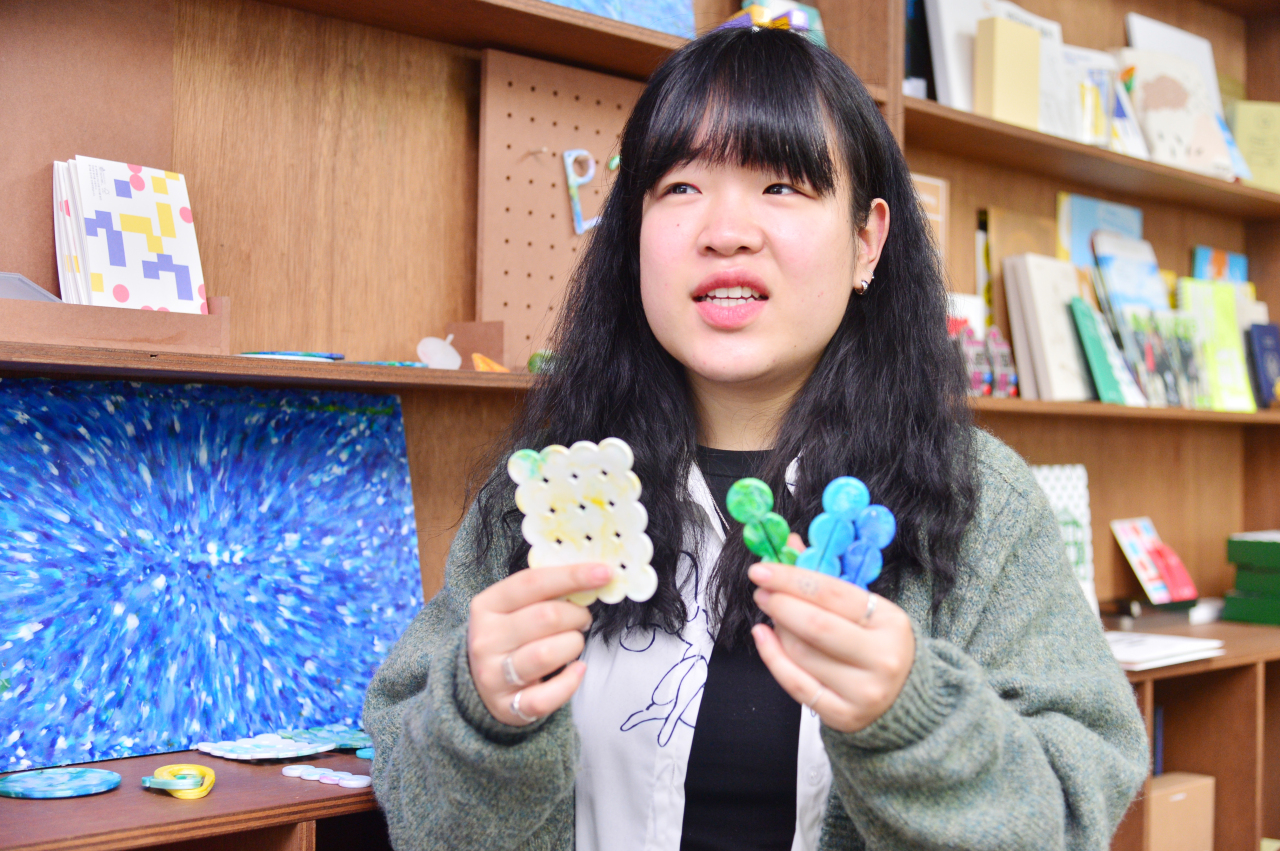 Environmental activist Yuna Kim poses with a tube squeezer and soap holder. (Park Hyun-koo/The Korea Herald)
“The cause of the plastic problem is to keep creating waste that is thrown away in two seconds. There is a need for changes in company systems and government policies that limit and resolve them,” she said.

“For plastic problem, neither recycling nor reuse is an answer. The answer is not to use it,” Kim said.

Is it possible for companies not to produce plastic? The activist said, yes.

“It is a habit that we have lived with so far that plastic is unconditionally needed when selling things. We just don’t want to think creatively,” she said.

“See some companies that set up refill stations or make containers recyclable. When they are creative, they can change.”

“There are many creative things that companies can do. Not only refill station, they can also take containers of shampoo or detergent from consumers to use them again. Some companies overseas practice this eco-friendly move although there is no Korean company yet,” she said.

As Plastic Mill receive much attention, many companies are proposing to collaborate with it.

“However, since this is a campaign belonging to an environmental organization, we are cautious about collaborating with such industrial brands that lead mass production of plastics,” she said.

“We are looking for companies that have similar direction with us by setting up refill stations, collecting containers or creating recyclable containers, not companies which simply use us for their rebranding or marketing tool.”