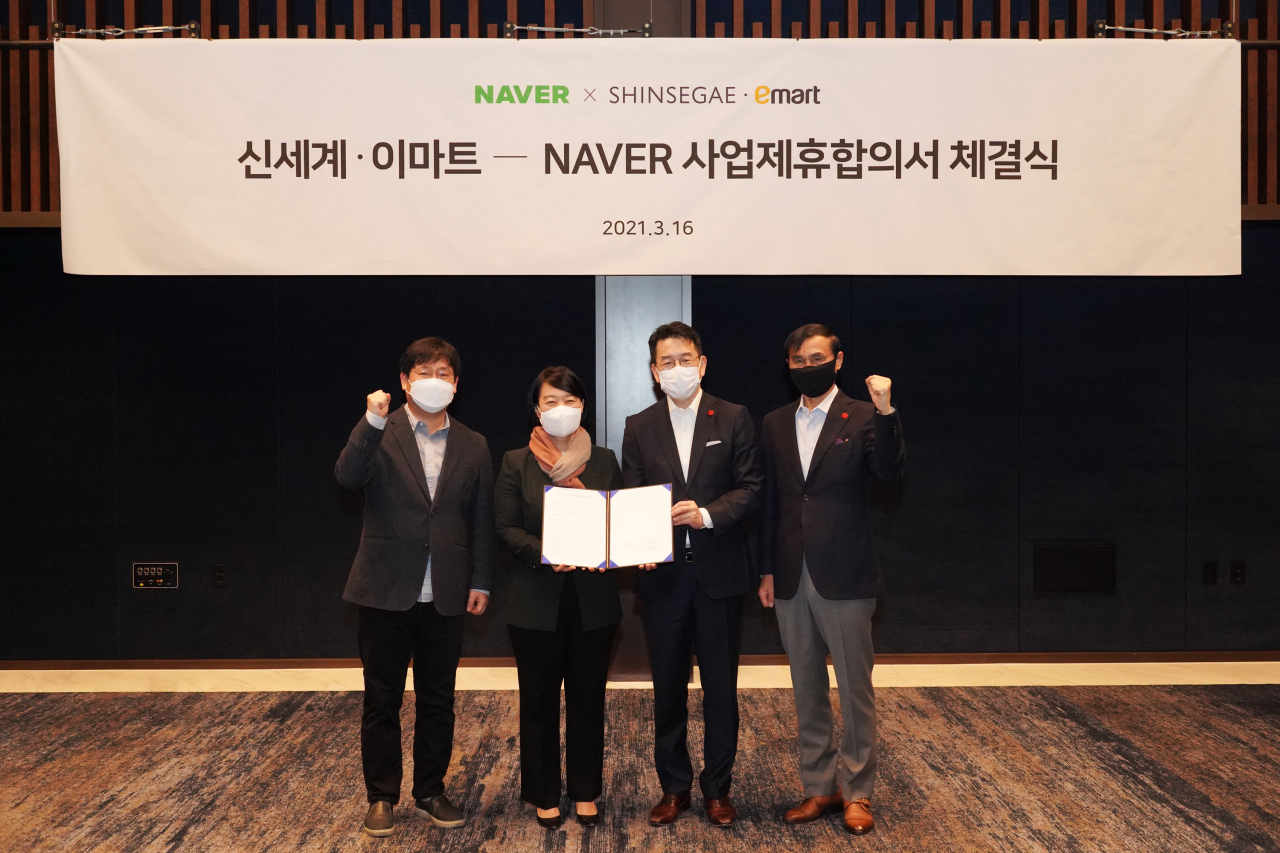 Chiefs of the two sides signed a stock swap deal worth 250 billion won ($221 million) and a strategic partnership agreement at JW Marriott Hotel in Seoul earlier in the day, they said.

Under the agreement, Naver will buy 150 billion won of stocks in Shinsegae‘s discount store chain operator E-mart to own 2.96 percent and purchase 100 billion won worth of fashion retailer Shinsegae International to own 6.85 percent, according to a company regulatory filing.

In return, E-mart and Shinsegae will purchase 250 billion won of Naver shares to hold a combined 0.4 percent.

“We plan to establish a strong cooperation network that encompasses the entire retail industry, from commerce, logistics and new businesses,” Shinsegae Group said in a press release.

The group said it would be combining its expertise in retail, both online and of physical stores, with Naver’s expertise in online platform operation and artificial intelligence technology to provide the best benefits to customers.

The retail giant also said it aims to create a new retail ecosystem where they can work and grow together with individual and small business sellers.

The move from the two companies comes as they seek to keep Coupang in check, as it recently made a stellar debut on the New York Stock Exchange.

Shinsegae Group said that, with Naver, it seeks to become the “strongest” in the retail scene. According to the retailer, it has 20 million users, and Naver has 54 million. Also from their partnership, they would bring together 450,000 sellers, their logistics networks and 7,300 offline stores across the country.