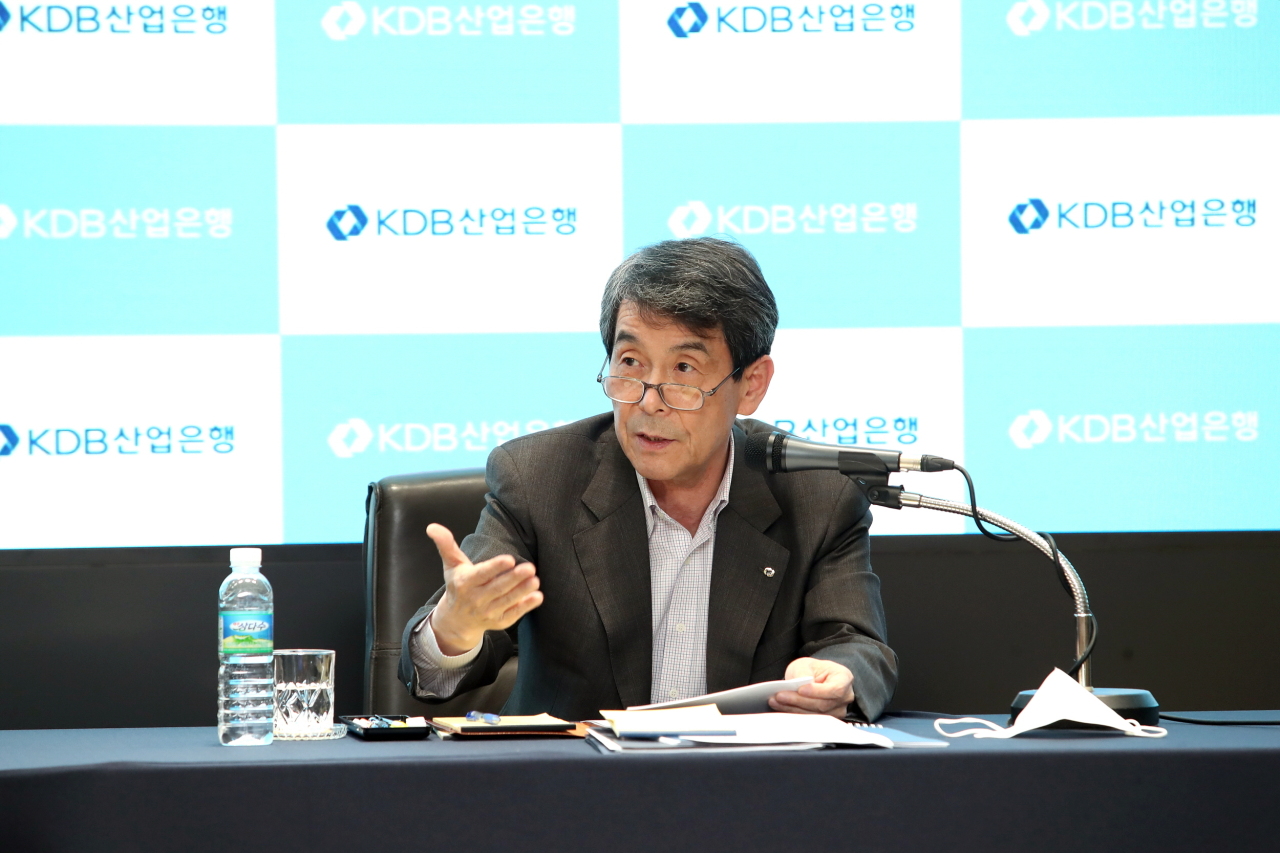 Korea Development Bank Chairman Lee Dong-gull speaks at a virtual press conference held in KDB headquarters in Seoul Monday. (KDB)
The Korea Development Bank, a major creditor of debt-saddled SsangYong Motor, said Monday that the commercial vehicle maker and its labor union had been “uncooperative” when dealing with the proposed acquirer led by US car retailer HAAH Automotive, which clouds prospects for the deal.

Their passivity -- failing to present a reorganization plan swiftly and hinging on state financial support -- stands in contrast with the endeavors of the company’s India-based major shareholder, Mahindra & Mahindra, to cut its SsangYong ownership through capital reduction and put the sale process on the fast track, said KDB Chairman Lee Dong-gull in a press briefing.

The KDB also reiterated its stance that its financial support for SsangYong cannot come through unless SsangYong reaches an agreement with the HAAH-led investor group on its reorganization plan.

The plan is a prerequisite for the potential investor group to present its letter of credit to prove that it has secured enough cash for the acquisition, which would then be reviewed by the third-party assessors that determine the KDB’s additional financial support to assist SsangYong in overcoming a liquidity crunch.

Without SsangYong taking a proactive approach in dealing with the potential investor group and the shareholder and without related parties sharing the pain, the deal is unlikely to proceed smoothly, he said.

“I feel regret that SsangYong and its labor union seem to have been uncooperative about getting the deal done,” Lee said. “In order for SsangYong to stay afloat, all parties concerned must share their pain.”

SsangYong is on the brink of rehabilitation under a prepackaged bankruptcy strategy, which would allow the company with impaired capital to speed up the court-led bankruptcy process and seek a turnaround.