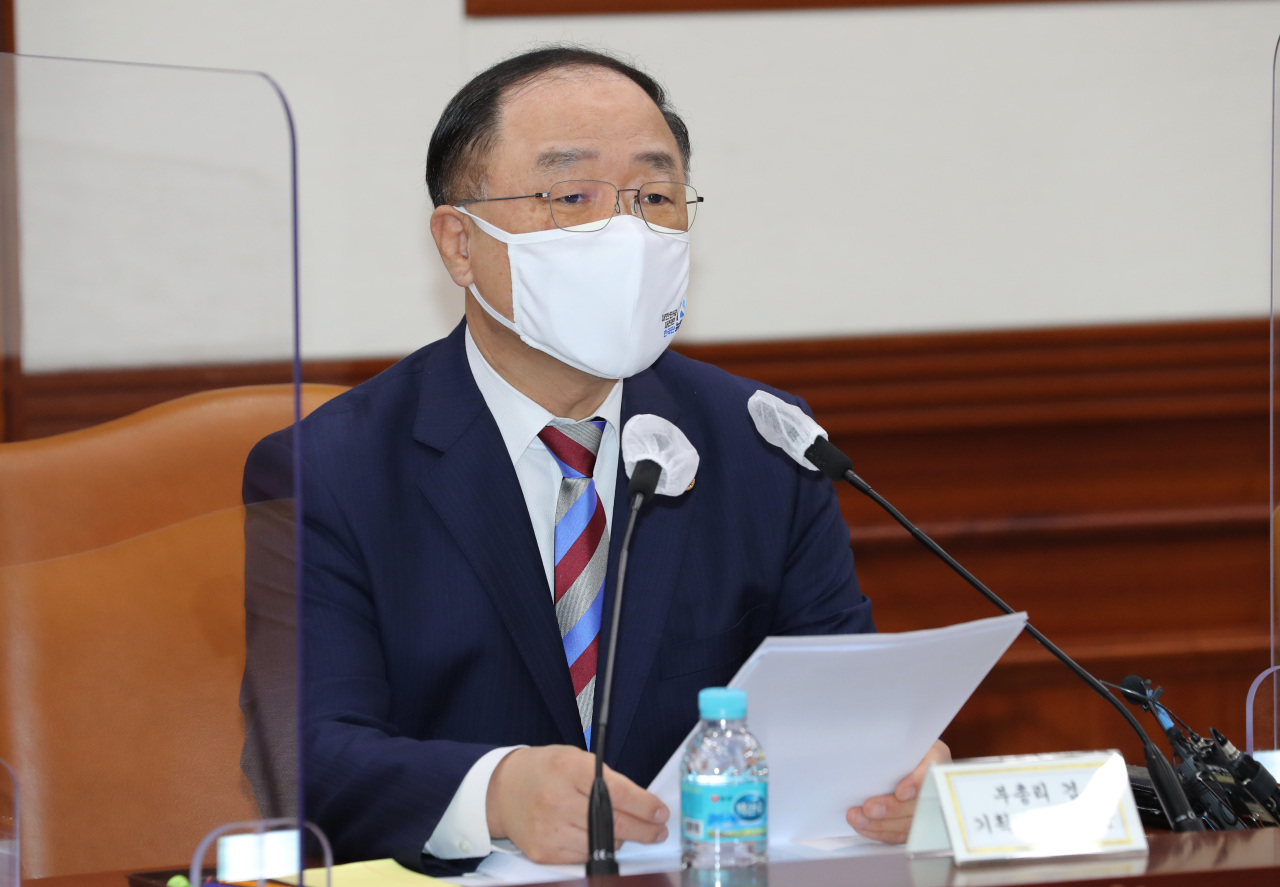 Finance Minister Hong Nam-ki speaks during a meeting with economy-related ministers held at the government complex in Seoul, Monday. (Yonhap)

South Korea plans to expand tax incentives for foreign companies in the digital and green industries sectors to attract foreign direct investments that have been shrinking over the past two years.

After hitting a record high of $26.9 billion in 2018, foreign direct investments in South Korea have dipped for two consecutive years.

The figure stood at $20.75 billion in 2020, down 11.1 percent from a year earlier in the aftermath of COVID-19 and as a tax deduction program for corporate income came to an end.

The ministry said 5 billion won ($4.39 million) will be added to 60 billion won of cash grants earmarked to attract high-tech firms. For instance, the upper limit of cash grants to be given to firms that set up a new research and development center here will be raised from 40 percent to 50 percent of their investments.

The government also plans to create a “high-tech investment zone” within free economic zones and national industrial complexes to give rent reduction and other benefits to businesses choosing to operate in the zone.

A systemic support mechanism that will encompass from investment preparation to market settlement will be built through cooperation between high-level officials and foreign missions, the ministry said.

“We will establish a system such as due diligence and regulatory analysis using local manpower in each country in response to the spread of non-face-to-face business trends,” an official said.

The ministry will push to sign social security agreements with Vietnam and the Philippines to support overseas employment of Korean workers.