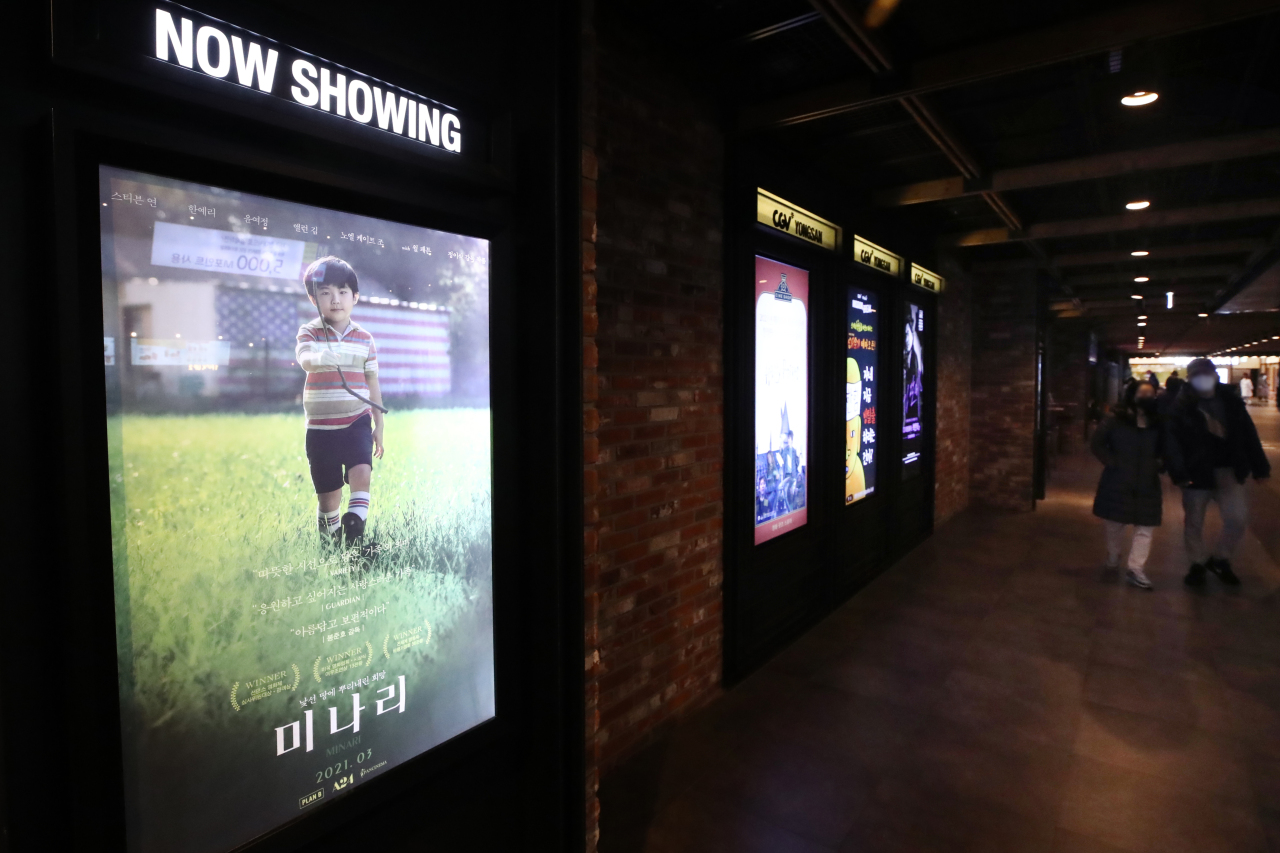 A digital poster of "Minari" is on display at a theater in Seoul on Sunday. (Yonhap)
South Korea's box office hit a four-month high over the weekend on the back of upbeat performance by the award-winning US immigration film "Minari," data showed Monday.

A combined 524,000 people went to theaters from Friday to Sunday, according to the data by the Korean Film Council (KOFIC).

It is the largest three-day weekend figure since the second weekend of November, when the box office posted a total of 580,000 moviegoers before the third wave of the novel coronavirus pandemic started.

The increase was led by the drama film "Minari," which attracted 204,000 over the three-day period. It gathered 276,000 attendees in total for the five days since its release on Wednesday.

Written and directed by Korean American Lee Isaac Chung, the film features a Korean family who immigrated to the United States and settles on a remote farm in Arkansas in the 1980s. It has been critically acclaimed for representing Asian American narratives and the American dream, continuing its winning streak on the US award circuit, including the best foreign language film prize at the Golden Globes last week.

The Japanese animation "Demon Slayer: Kimetsu no Yaiba the Movie: Mugen Train" took third place by adding 88,000 in attendance for a total of 1.05 million. It became the second film to surpass the 1 million mark this year following the Disney-Pixar drama "Soul." (Yonhap)