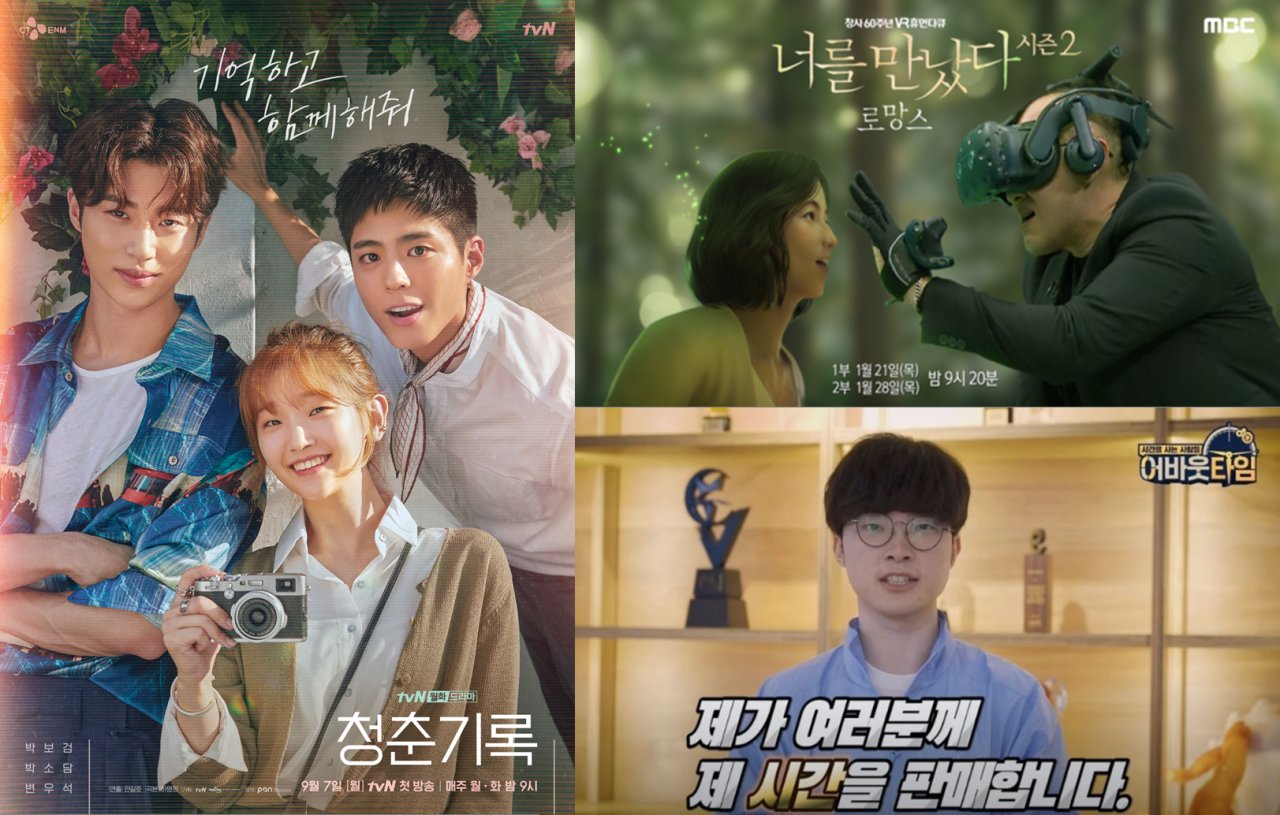 Broadcasting content created through KOCCA funding project in 2020 (KOCCA)
The Korea Creative Content Agency and the Ministry of Culture, Sports and Tourism on Tuesday announced a budget of 14.66 billion won ($13 million) to support the local video content industry.

The budget, which was increased by around 3 billion won in total compared to last year.

The conventional broadcast sector will receive 4.5 billion won in funding. A new subcategory for documentary series has been made this year under this sector.

In the short-form sector, 2.15 billion won has been allotted to support the creation of shows and dramas that are around 10 minutes long.

Another 2 billion won will be provided to support new formats for entertainment and culture programs.

Provision for new-technology based content -- a funding category established last year -- doubled to 3.2 billion won this year. Any documentary, entertainment show, drama or other video content that incorporates virtual reality, augmented reality or mixed reality can apply for funding.

A new OT sector has also been made this year to specifically fund content suitable for streaming services such as Netflix and IPTV. Dramas for these streaming platforms will receive up to 300 million won, while entertainment shows and documentaries can receive 270 million won. Local broadcasters applying for the funds are required to apply after forming a consortium with a local streaming service provider. KOCCA hopes to act as a moderator to establish reasonable copyright distribution between the streaming platforms and content creators.

Finally, the joint international production sector will receive up to 1.41 billion won to support the creation of documentaries, dramas, culture programs and entertainment programs that can promote international cultural exchange.

Also, production company Vitamin TV was able to secure intellectual property for the format of entertainment show “About Time,” in which people bidfor a celebrity’s time, and release it through streaming platform Wavve.

Funding applications will be accepted until March 8, with only those applying for joint international production sector able to apply until April 29, via the KOCCA website (www.kocca.kr).