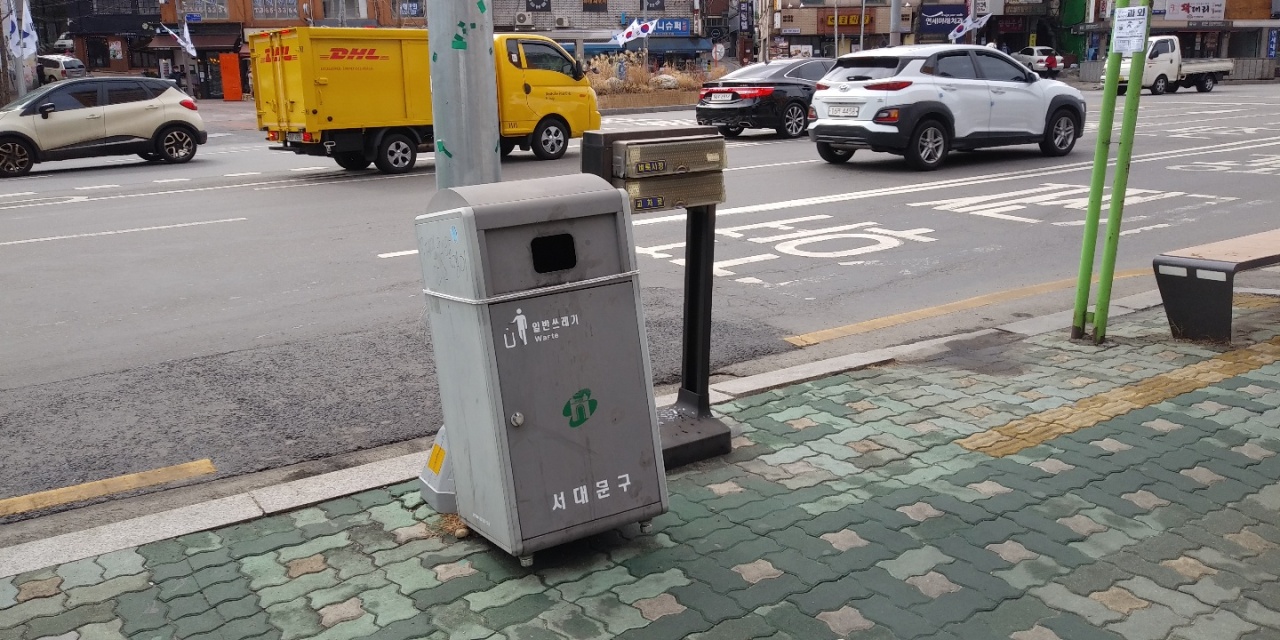 A source at the Seoul government confirmed last week the city had a total of 6,242 trash cans as of Wednesday, down 698 from 6,940 bins counted in June 2020. The fall was largely attributed to removals in Songpa District and Dongdaemun District.

The city government official could not confirm why the trash cans were removed in the districts but said the decrease can be seen as change from Seoul’s original plan to raise the headcount. The official wished to remain anonymous.

“Although we distribute the budget by demand from each district, we are not directly in charge of installing more trash bins in the city,” the official said. “It is really up to the district to search and devise ways to manage public trash.”

The latest count is in stark contrast of what the city administration promised in June on complaints over lack of public trash cans. Back then, the city promised to set aside 80 million won ($71,000) from its annual budget to raise the number of trash cans to 7,597 by December’s end.

The official said up to 1 million won is required to install and manage a new trash can, which means that the current budget will allow the city to install 80 new public trash bins this year.

Even with that increase, the new count still falls much short from what the city government promised two months earlier. The count also falls short of how many were provided 17 years ago in 1995.

Back then, when introducing a new system for making city residents pay to dispose of their trash, Seoul had a total of 7,607 outdoor trash containers. But it cut the figure down to 3,707 by 2007 as to prevent people from dumping their household trash in public bins.

The city government since 2013 vowed to provide more trash cans on the street after facing complaints that there weren’t enough. Many citizens and tourists have over the years picked a lack of trash cans as one of the main problems experienced while living or traveling in Seoul.