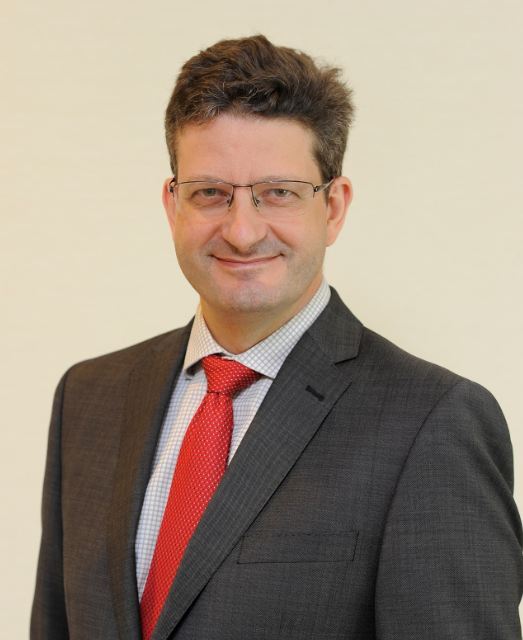 In an interview with The Korea Herald, Philippe Noirot, head of territory for BNP Paribas South Korea, said “overlapping regulations” may pose hurdles for foreign financial institutions’ to enter into the South Korean market.

“A key step to further improve Korea’s standing as an international financial center is a clear, non-overlapping set of rules that allows to strike a good balance between control and development,” he said.

Noirot also pointed to an uneven playing field between local and foreign banks in terms of financial regulations.

South Korea’s attractiveness as an Asian financial hub appears to have waned despite a series of government measures to induce foreign companies to make inroads in the local market.

According to data from the market watchdog Financial Supervisory Service, the number of foreign banking groups’ South Korean units dipped to 54 in June last year from 60 in 2016.

Under the Moon Jae-in administration’s 52-hour workweek policy, for instance, foreign banks have struggled to stay under the time limit, industry sources said, due to the need to frequently conduct business consultations with their parent company and overseas counterparts in a different time zones.

Noirot highlighted the importance of leaving room for flexibility when applying regulatory policies to different workplaces.

“Overall, we support the objectives behind the 52-hour week system. Having the flexibility to adapt the system for specific positions -- where the workload is particularly high during some periods and cannot be solved through additional hiring -- would be a useful addition to this system, especially for foreign institutions which are smaller than their domestic counterparts,” he said.

In a step to help employees maintain a better work-life balance, the government slashed the maximum weekly working hours from 68 to 52 for companies with 300 or more employees in July 2018, while giving an extended grace period to small- and medium-sized enterprises with between 50 and 300 workers until Jan. 1 last year for a soft-landing of the program.

Calling for “customized control measures” for foreign banks, he stressed a need for more open discussions about regulatory issues between foreign financial firms and the country’s financial authorities.

“(BNP Paribas South Korea) hopes to further contribute to the debate with the regulators and to the effort to further boost Korea and Seoul as an international financial center,” Noirot said.

With improvements to the regulatory environment, coupled with its already market-savvy consumers as well as technological prowess, he believed it would open doors to attract international financial behemoths in the future.

“Koreans are open to new things, while the country has strong fundamentals backed by highly advanced information and communication technologies and promising fintech startups, which can be leveraged to support the government’s efforts,” he said.

“We are in regular communication with the regulators and welcome every opportunity to engage with them on how to best support the economy and accompany our Korean clients in their development.”

Eun’s remark came after Citibank Korea -- the local banking operation of New York-based Citigroup -- recently made headlines as its parent company is reportedly considering withdrawing or scaling down certain retail banking units in the Asia-Pacific region, including those in South Korea.

“BNP Paribas is celebrating this year its 45th year of continuous presence in Korea, where it has constantly strived to help the development of its clients, including through innovative solutions to their needs. We are committed to the Korean market. In that context, we welcome the positive stance of the Korean regulator on innovation as it helps better serve our clients,” Noirot said.

Noirot was appointed as country head of BNP Paribas in Seoul in July 2015. Established in 1976, BNP Paribas South Korea has been expanding its financial services targeting local businesses and financial institutions under a strategic business partnership with Shinhan Financial Group since 2002.

With a high emphasis on environmental, social and governance values, the French lender has carried out corporate social responsibility activities, including promoting gender equality at work and offering financial support for underprivileged households hit hard by the COVID-19 crisis.

“2021 will be another challenging year, but we are ready to serve our clients to help them to cope with the health situation and to provide support for local community and give positive impact,” Noirot said.