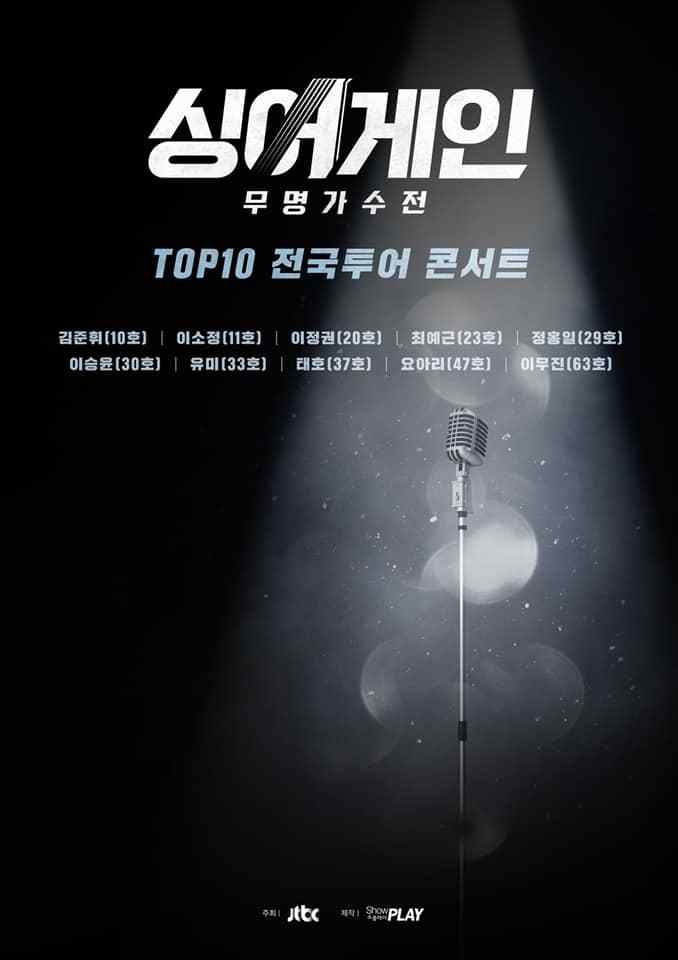 “Sing Again” concert poster (Show Play)
As soon as tickets for the Seoul concerts featuring the 10 finalists of the popular audition show “Sing Again’ became available on Feb. 15, over 130,000 people clicked frantically to purchase a ticket. Interpark, the ticketing website, crashed momentarily and within 10 minutes of going on sale, all three days of shows were completely sold out.

The audition program was filmed without an audience due to the COVID-19 pandemic, making the upcoming concerts the first chance for fans to see the singers in person. Also, social distancing regulations meant fewer people would be allowed into the concert venue.

As the fans who succeeded in securing tickets leapt with joy, others refreshed the website in the hopes of running across a stray seat and went to social media to seek out ticket resales that could be found almost immediately after the tickets were made available.

The black market for concert and event tickets has long been a powerful force in Korea, with many celebrities and members of the industry pleading with the public to not turn to resellers for tickets. 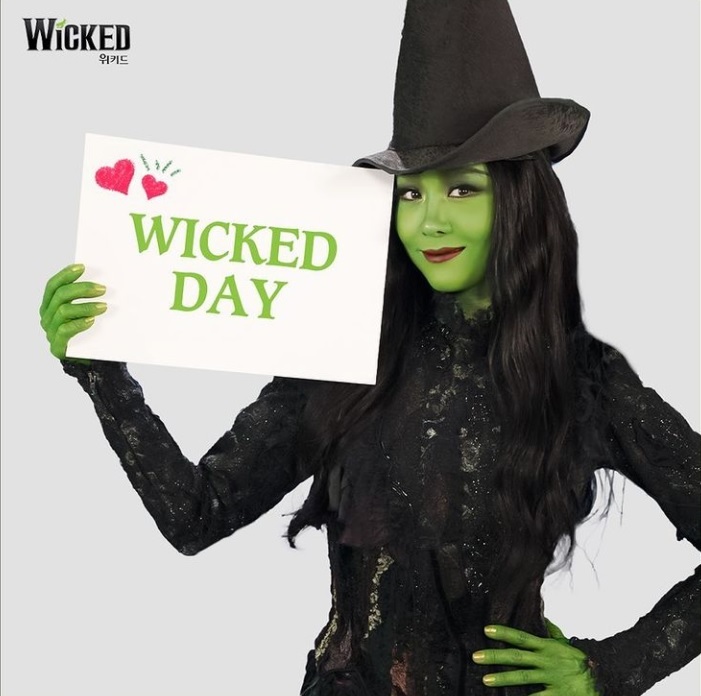 Actress Ock Joo-hyun stars as Elphaba in the musical “Wicked” (Instagram)
“Please help so that only those who love this work can join us. I say to those who price black market tickets at 2.5 times the original price just after tickets go on sale, don’t do it. Don’t,” posted “Wicked” actor Ock Ju-hyun in January after tickets for the musical were sold out.

Musical productions in Korea cast multiple actors for the title roles. As such, some big names like Cho Seung-woo, Hong Kwang-ho and Ock sell out most of their performances while tickets for the shows of other actors playing the same role on different dates remain available. Despite the differing demands for the tickets, the tickets are priced the same.

“Ticket prices are not set by a single factor. The length of the concert, the venue, the actors, the licensing fee and the duration of preparation all contribute to the setting of the price,” said a member of the musical industry. “Raising the ticket price for some actors who have more ticket selling power than others is difficult and is currently not under consideration.” 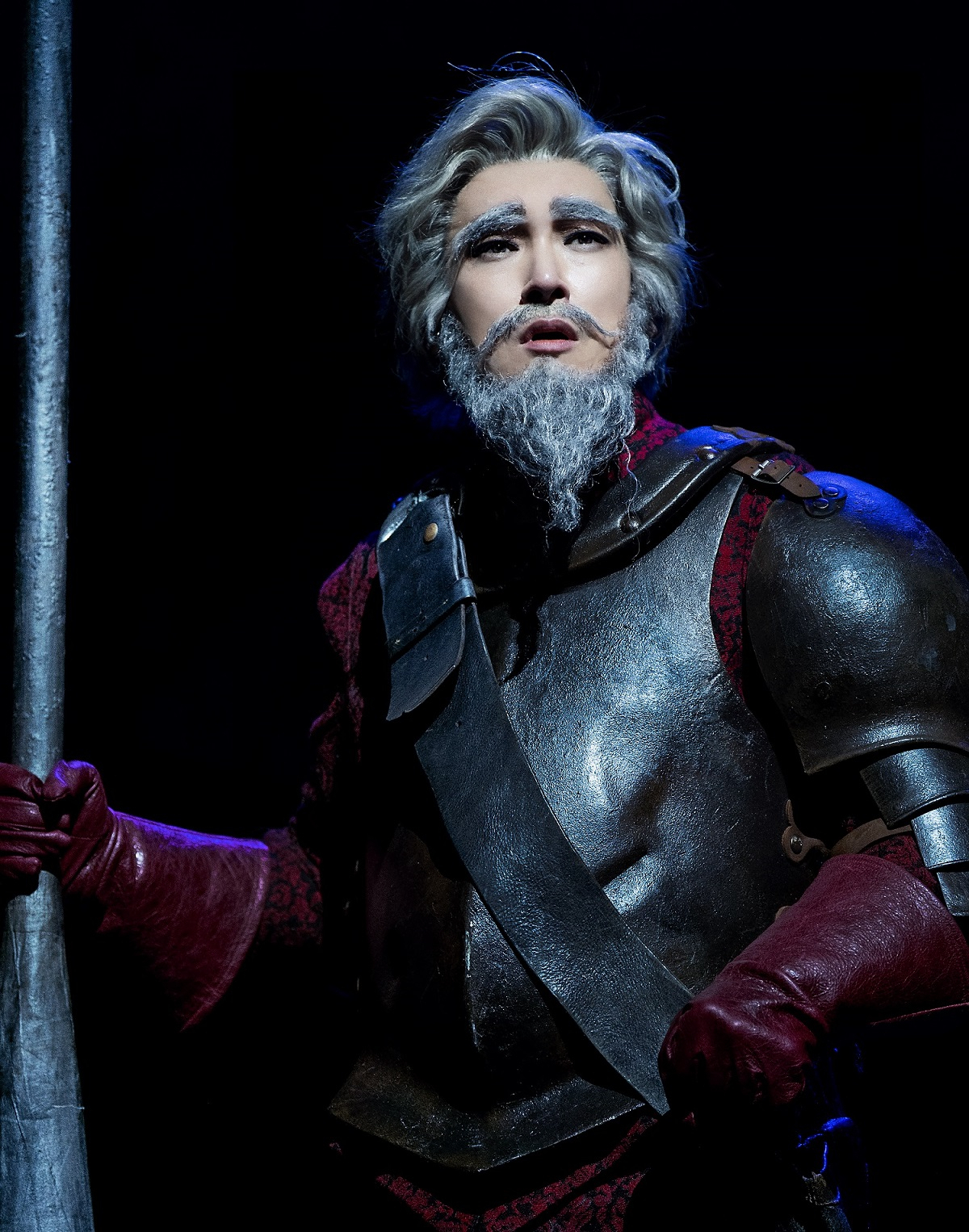 Actor Cho Seung-woo stars in the musical “Man of La Mancha” (OD Company)
With the fixed price, the appearance of tickets on the black market is a natural phenomenon according to Park Joo-heon, a professor of economics at Dongduk Women’s University.

“A black market for tickets emerges because the price isn’t flexible,” said Park. “The existence of consumers willing to pay a high price after they have failed at securing a ticket creates the black market.”

In the past, black market ticket dealers made large profits by reselling K-pop concert tickets. For example, tickets for a BTS concert in 2019 sold for up to 7 million won ($6,200) per ticket on the black market. Another lucrative market for resellers was KTX tickets.

However, with COVID-19 canceling many idol concerts and forcing people to stay home, the black market ticket dealers have turned to trading in tickets for musicals and plays.

Those profiteering from illegal ticket trading often use preprogramed clicking tools to secure multiple seats with multiple accounts. The police noticed systematic black market ticket dealers in 2019 after discovering that the 2,652 tickets sold for an idol concert were traced to only 142 addresses. With one account allowed to purchase a maximum of two tickets, the tickets should have been sent to a minimum of 1,326 addresses.

In addition to reselling tickets obtained through illegal means, posts offering to take the hassle of ticketing off one’s hands can be easily spotted before tickets to popular concerts become available.

“For only a 20,000 won service charge, I’ll get the seat that you want. No refund should I fail,” read one post on Twitter regarding tickets or the musical “Man of La Mancha.”

Even when not competing against preprogrammed clicking tools, ticketing is a difficult task for the older generation.

When younger people plan to buy tickets for popular events, they head to internet cafes, or PC bang, that offer high internet speed. Also, they access the ticketing website through multiple channels if possible, such as using computers, phones and tablets simultaneously. Furthermore, many have the official time tracking website open to prepare for the exact second the tickets become available. There are even flash games that people can use to rehearse the ticketing process of clicking the seats and entering security codes.

Young people also check the Interpark after 2 a.m. two days after tickets become available, to look for canceled tickets – tickets that were reserved but not paid for are released at that point. However, it’s not easy for the older people to know about these methods, let alone take advantage of them. Often, they rely on their children or grandchildren to buy the tickets for them.

One possible solution to the black market and equal opportunity problem is to sell tickets by a raffle system rather than a first come, first served basis. For their Seoul concert in 2019, K-pop group BTS sold tickets through a raffle among fans who paid a fee to register on an official BTS app. The effort was seen as a relative success. However, it would be difficult to apply the raffle system to musicals that have daily performances and run for longer periods.

“If we follow market principles and the price rises for popular celebrities, people with higher incomes will have easier access to tickets,” said professor Park. “I think leaving a portion of the tickets for people with a low income and having the rest of the tickets follow the laws of supply and demand is one way for efficient resource distribution.”