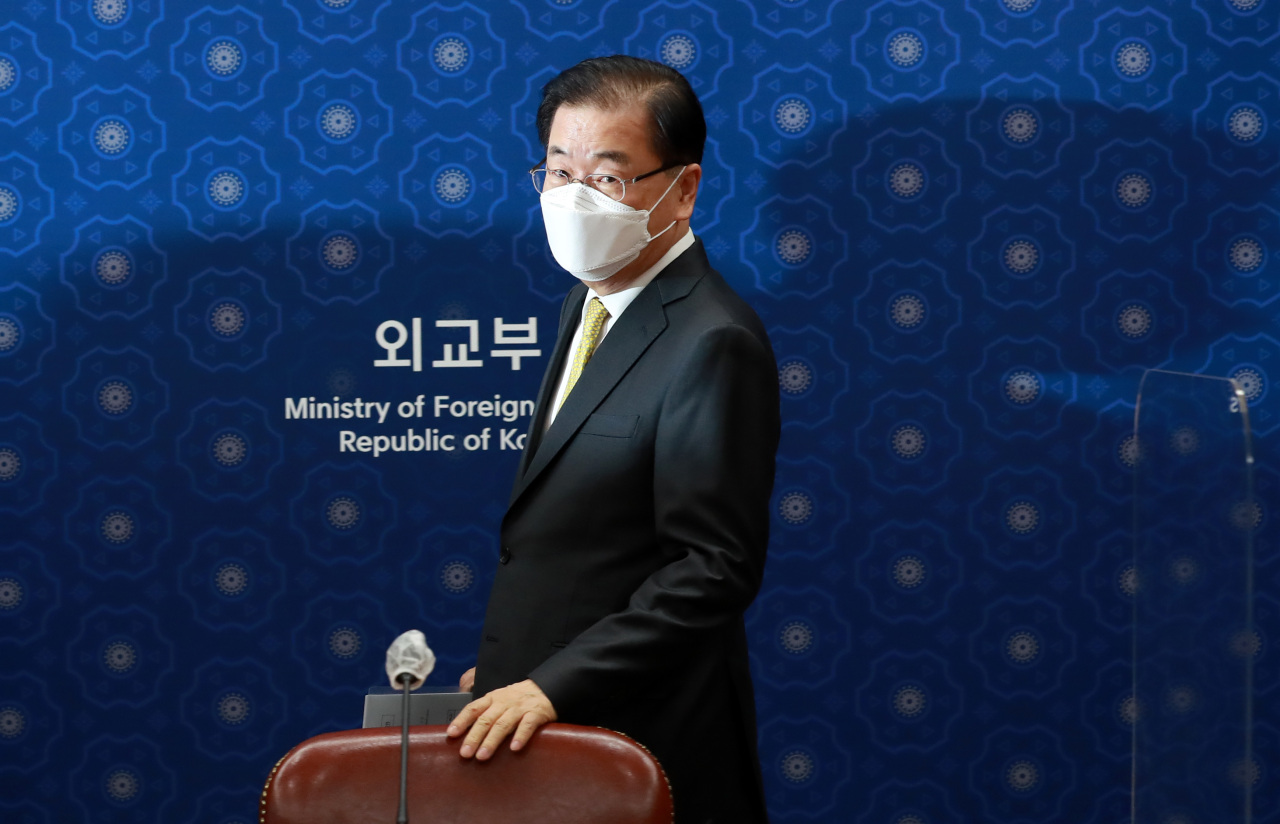 The phone call with Iranian Foreign Minister Mohammad Javad Zarif came a day after Tehran claimed that it had reached an agreement with Seoul on the transfer and use of $7 billion of its funds frozen in South Korean banks due to US sanctions.

South Korea later said that the two sides agreed in principle to the proposals it has made to Tehran on how to use the assets, but made it clear that any release of the money will take place after consultations with Washington.

“With regard to Minister Zarif’s request for an early resolution in relation to the issue of the frozen won-based funds, Minister Chung explained that the government has been sincerely making utmost efforts,” the ministry said in a release.

During the talks, Chung also urged Iran to swiftly free the South Korean oil tanker and crew members seized by Tehran in its seas since early January over alleged sea pollution.

Despite denials from Seoul and Tehran, speculation has mounted that the ship seizure is related to Iran’s discontent over the frozen funds.  In the talks, Chung expressed Seoul‘s support for dialogue efforts between Iran and the United States toward restoring the 2015 multilateral nuclear deal aimed at limiting Tehran’s nuclear activities, the ministry added. (Yonhap)