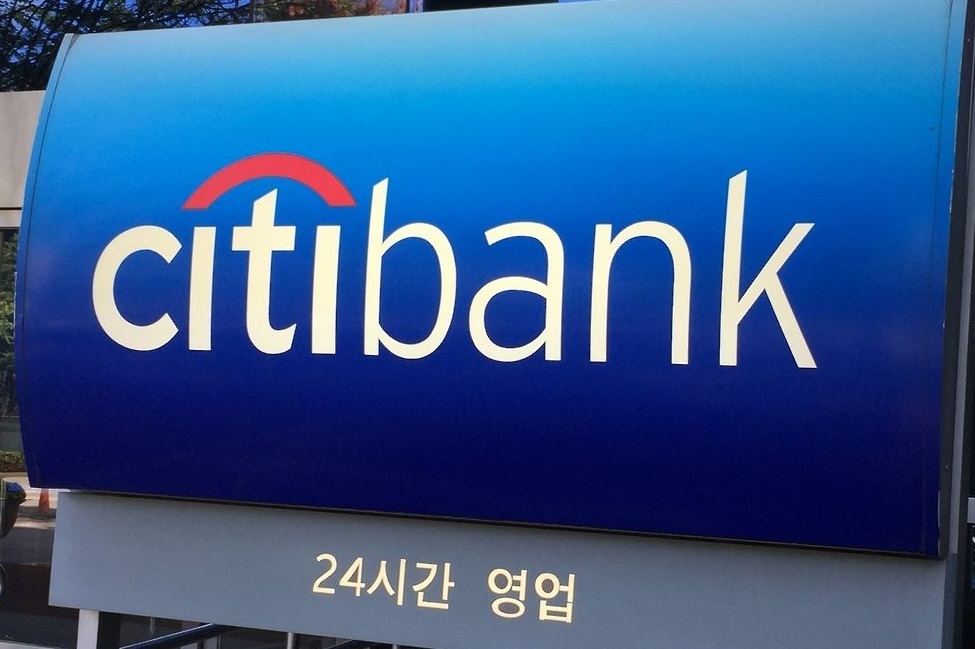 (Yonhap)
Recent reports of Citigroup’s possible divestiture plans for its South Korean subsidiary, as well as its other Asia-Pacific consumer units, shed light on how foreign banks are losing their footing in the local market.

Over the past decade, many foreign banks have already pulled out of the Korean market or scaled down their business. British investment bank Barclays pulled out after 39 years in 2017, following fellow UK-based lender HSBC’s move to halt its retail banking services here in 2013.

The COVID-19 pandemic is expected to accelerate the exodus of foreign banks as Korean customers grow more familiar with the mobile financial services developed by local fintech firms such as Kakao Bank, according to an expert here.

“The digital acceleration of the local banking sector here, along with the Korean government’s strong regulations on dividends and household loans, have recently worked as disadvantages to foreign banks operating here,” Choi Jung-wook, an analyst at Hana Financial Investment, told The Korea Herald via phone on Monday.

“Household loans alongside wealth management and corporate lending have been a main revenue source for foreign banks, but it’s not as lucrative anymore,” he said. Outstanding loans held by Citibank have shrunk noticeably in the last 10 years, while the four major Korean banks -- KB Kookmin, Shinhan, Woori and Hana -- saw growth, he added.

As Choi said, household loans, despite remaining a key revenue source for foreign banks, have failed to grow as their forte, with heads of the lenders operating here highlighting wealth management and corporate banking in their recent vows.

While customers seem to be losing interest in doing business with foreign banks, Korea is also failing to be considered a lucrative market for the lenders.

Citibank Korea and Standard Chartered Bank Korea were the duo that made the most effort to adapt to the market, but they have both shut down a significant number of brick-and-mortar branches in recent years, indicating downsizing.

SC Bank Korea is faring relatively well with retail banking, compared with other foreign banks, backed by its rigorous efforts to achieve localization after the British banking giant acquired the then-financially troubled First Bank of Korea in 2005.

But the same can’t be said about Citibank Korea.

While SC Bank Korea operated roughly 200 offline branches as of end-2020, Citibank now has 39 such brick-and-mortar operations. This follows its decision to shut down 90 of its 126 offline branches in 2017, as part of restructuring efforts.

The government has been pressuring banks to adopt stricter loan regulations, inflicting damage on all banks here. Major banking groups had the option of offsetting it with revenue from their nonbanking units, such as brokerages, but not foreign lenders.

The government, on top of it, recently “requested” that banks cap their dividend payouts to 20 percent of profits -- something that foreign banks have displayed an apparent reluctance to do.

On Monday afternoon, Financial Services Commission Chairman Eun Sung-soo told reporters that the financial authorities will review measures to attract foreign financial institutions, while admitting that foreign firms were leaving the market. The financial chief said attracting foreign firms was all about “business models,” hinting that Korea needs to improve its system.

The foreign banks’ downsizing and shutdown of their Korean operations also hint at a shift in the global financial market. Citibank was considered a key helper behind the first Korea-US currency swap deal during the 2008 global financial crisis, with some onlookers viewing the bank as a “financial diplomat.”

But now, it’s apparently all about digitalization and revenue, according to market observers.

Citibank Korea -- after 54 years of operating here -- now either faces further downsizing and an overhaul of their business or even a potential sell-off to a local institution here, they said.

The group’s incoming CEO Jane Fraser has a track record of selling off underperforming retail banking and credit card operations in Brazil, Argentina and Colombia within a year after she led its Latin America unit in 2015.