“To be honest, it’s sad that many comedy programs have disappeared. ‘Gag Concert’ and ‘People Looking for a Laugh’ among others disappearing is the reason why we started YouTube,” said comedian Lim La-la of Enjoy Couple.

First-generation comedian YouTubers, Lim and comedian Son Min-su’s YouTube channel Enjoy Couple, with over 2 million subscribers, has the most subscribers among all comedians and couples in Korea. The couple uploads videos of themselves doing everything from eating and dating to pulling pranks on each other.

“I think comedy programs disappearing on TV was inevitable. The public didn’t watch so we had bad viewership ratings. If the public wants to see us again, maybe we can come back,” said Lim.

KBS’ comedy program “Gag Concert” that ended its 21-year run in 2020 (KBS)
The comedy programs suffered in viewership ratings for many reasons, including the perception that they were too political or controversial.

“I think the public’s mindset is important. I feel many people are more sensitive than before. When we were on TV, we frequently said that comedy should just be taken as comedy, but if the viewers are uncomfortable, we shouldn’t do it,” said comedian Lee Sang-hun, who appeared on “Gag Concert.”

“The days when you could do comedy only by passing broadcasters’ comedian tests are over. Back in the day, the comedy programs had high viewership ratings, but now YouTube is where it’s at. The migration was inevitable for comedians,” Lim said.

“Comedians have a desire to make people laugh. In the past when there were no new media outlets like YouTube, comedians went to open comedy programs on TV,” said Son. “Now, anyone can watch clips on their phones. I feel comedy is part of daily life. Now, comedians can fulfill their desire to make people laugh by showing videos of themselves doing everything from golfing, mukbang (food eating broadcasts) to vlogs, or video blogs.” 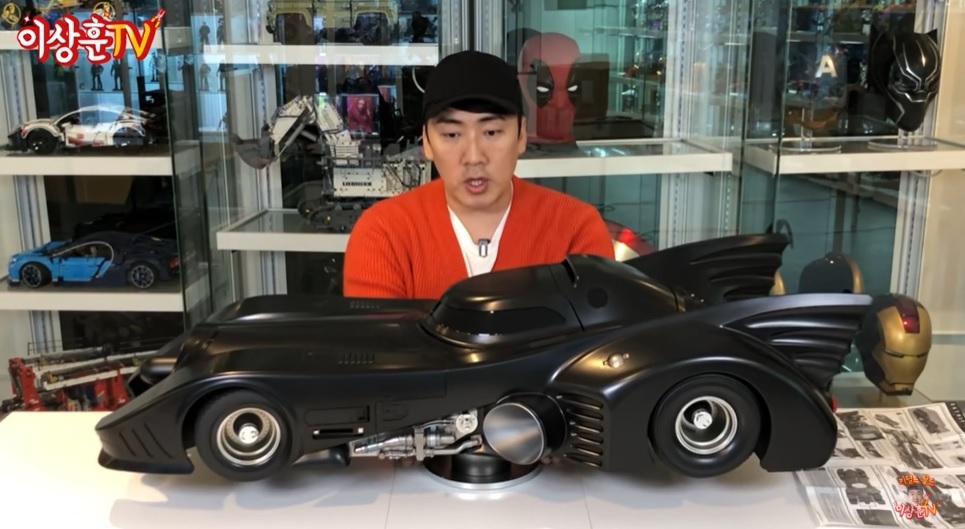 Comedian YouTuber Lee Sang-hun (YouTube)
The top YouTuber couple thought that stage experience and ample talent made many comedians natural-born YouTubers. Many comedians, whether they were previously well known or not, did find success after migrating to YouTube, becoming one of the fastest growing pools of YouTubers. Veteran comedians like Kim Dae-hee started YouTube last year and continue their famous comedy acts on the new platform to much success, while others show comedy in everyday life.

“When I started YouTube three years ago, I thought that I could show my comical side on ‘Gag Concert’ and do YouTube as a hobby. I took out many comical components from my figure and Lego reviews,” said Lee Sang-hun. “Now that it’s been three years and with ‘Gag Concert’ gone, I am thinking about doing comedy on YouTube because there is no stage to do comedy.”

For comedians doing comedy as part of daily life, the change in platform has given them both freedom and responsibility.

“There are less restrictions compared to terrestrial broadcasts. For example, there were many cases when we thought the act that we prepared was funny, but the program directors thought it wasn’t so we couldn’t go on stage. Now we can directly show (the acts) to the public,” said Lim.

YouTube comedy acts can also edit the content to their will, giving them the freedom to be more confident while recording the videos. At the same time, they have only themselves to blame for a lack of success on YouTube.

A key difference is that comedians no longer perform in front of live audiences. Instead of instant laughter, they wait for comments to come later after the video is uploaded.

“When we performed for programs, we filmed a couple days before it aired so there was a delay in reflecting on the latest trends. On YouTube, we can quickly take the video and upload so we are able to reflect the changing trend instantaneously,” said Son.

However, one positive aspect that has been lost by going to YouTube is the synergy with other comedians that occurred when they planned acts together, according to the comedians.

“There used to be a synergy among comedians when we were on comedy programs. Just because someone thought of an idea, it doesn’t mean they can do everything. Someone else might be the perfect fit for the role and they can work together. Now, that never happens because we are all by ourselves,” said Lim.

Although collaboration among comedians on YouTube can occur, their individual schedules make that difficult.

While YouTube is a new platform here for comedy, comedians are on the alert for the next change.

“Comedians must follow the trends and changes in time. The media market is changing rapidly,” said Son. “We need to constantly prepare ourselves to keep up with the changes.”