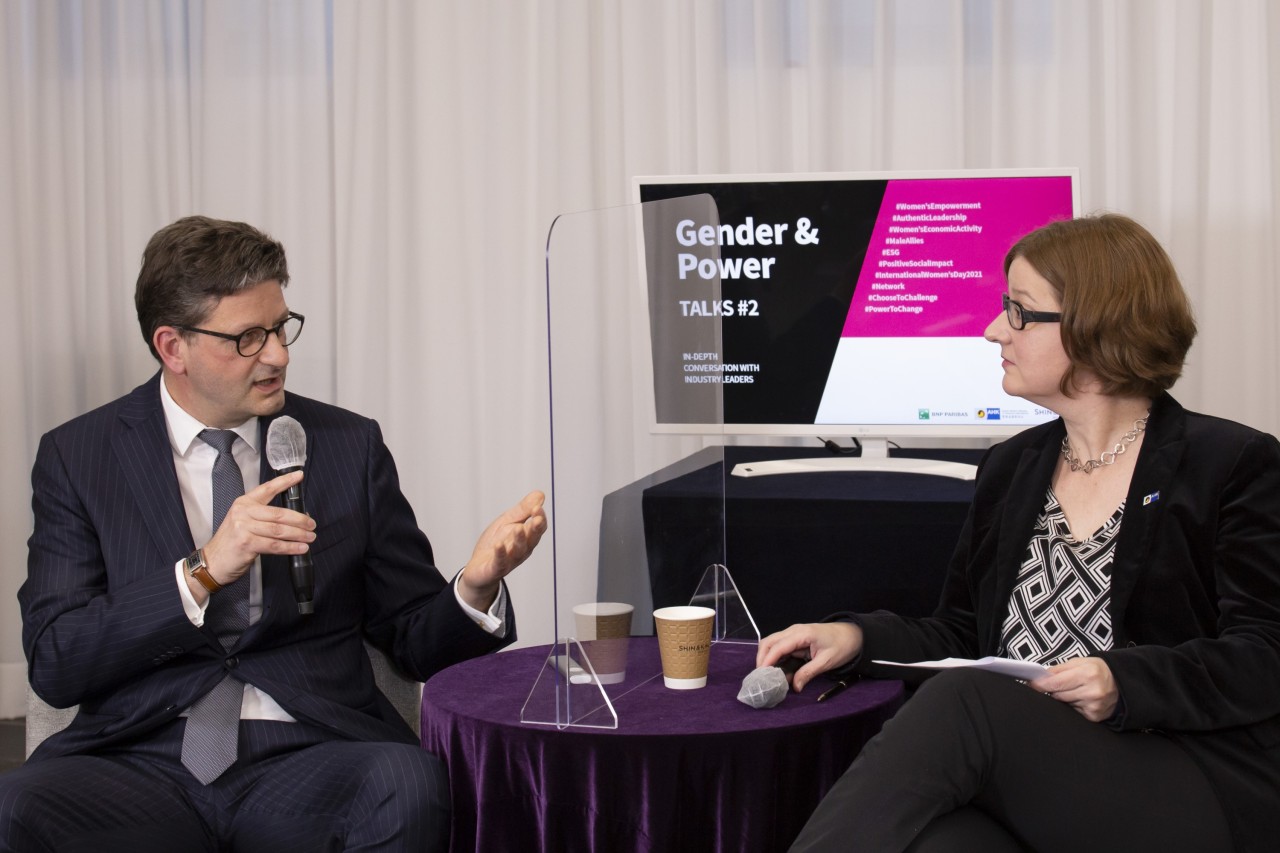 Ahead of International Women’s Day slated for March 8, leaders from the three organizations discussed measures to foster female leadership across industries in the virtual event, which was held on Wednesday.

He pledged to increase the number of its female executives to account for more than 30 percent of the total workforce by the end of this year, in a bid to take the lead in nurturing female leaders in the finance sector.

The French lender will also continue to sponsor the Seoul International Women’s Film Festival, an annual contest first held in 1997 to honor and discover talented female artists in the local film industry, for the third consecutive year.

“As a leading global bank with a strong ESG strategy, we will continue to help resolve various social issues and give positive impact,” he added, referring to its environmental, social and governance-focused efforts.