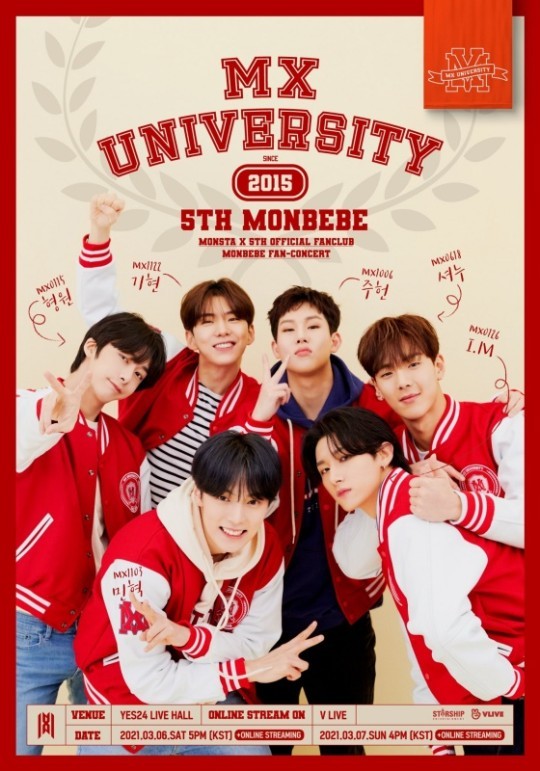 (Credit: Starship Entertainment)
Monsta X announced Tuesday that the band will meet its fans online and offline in March.

Via its official social media channels, the band’s company, Starship Entertainment, said it will host a two-day fan meet and concert March 6-7 at a venue in Seoul. The event will be held offline and broadcast live through the band’s channel on Naver’s V Live.

Seating arrangements will comply with the government’s COVID-19 guidelines and may need to be adjusted if the social distancing rules change, said the company in advance.

Tickets to the offline event will be sold exclusively to members of Monsta X’s official fan club, but tickets for the online broadcast will be open to the public.

The six-piece act performed live along with Kang Daniel, The Boyz, Ateez and IZ*ONE at a concert that was livestreamed via NCSoft’s Universe platform on Sunday. 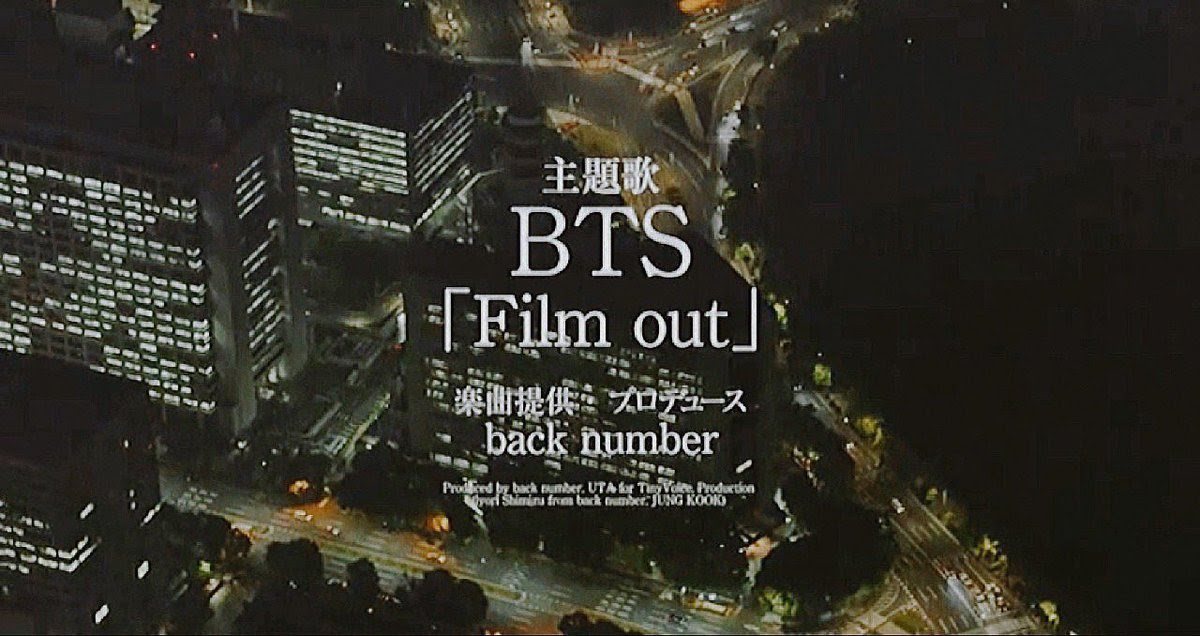 BTS’ new Japanese song “Film Out” has been chosen as a theme song for a movie, Japanese media reports said Tuesday.

The band collaborated with Japanese rock band Back Number and the song will be featured in “Signal The Movie,” a film adaptation of Kansai TV’s long-running television drama “Signal” -- itself a remake of the 2016 South Korean hit drama of the same name.

BTS’ Jungkook suggested his own take when he got the demo from Iyori Shimizu, the trio’s lead vocalist and guitarist. The melody was really good and pulled the BTS musicians in, said Jungkook. Both the melody and the lyrics tug at the heart and the ballad will resonate with many, he added.

The septet also sang “Don’t Leave Me,” the hip-hop/electronic theme song for the remake series aired in 2018.

TXT’s Yeonjun to walk down runway for NYFW 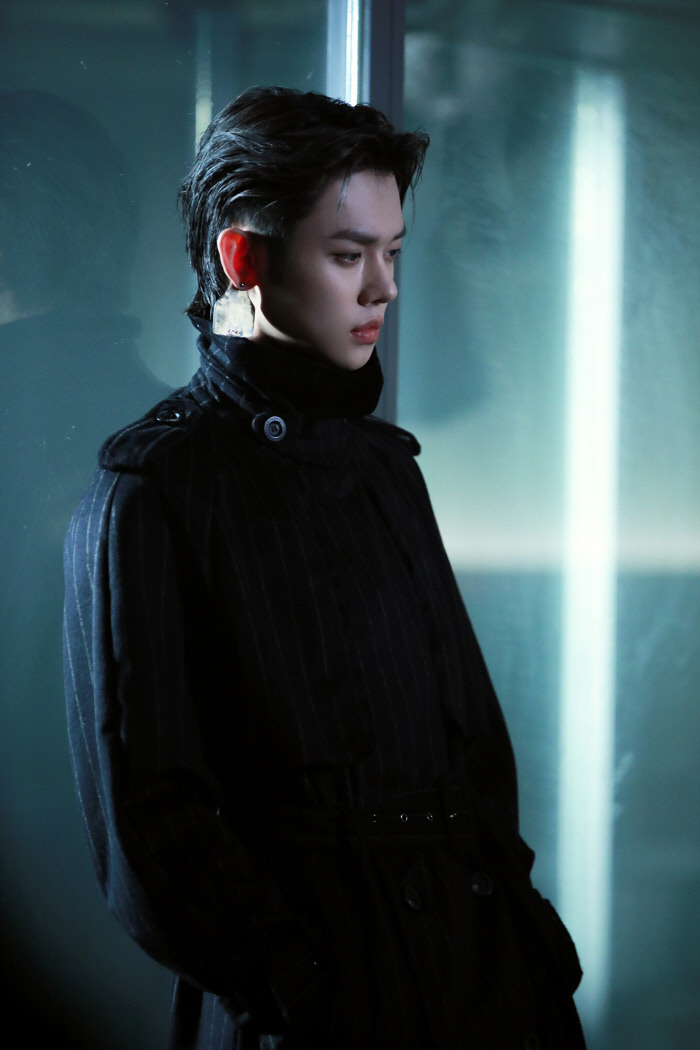 (Credit: Big Hit Entertainment)
Yeonjun of Tomorrow X Together will walk the runway for a Korean designer on Wednesday in a fashion show that will be broadcast via New York Fashion Week’s official website.

The 7-year-old Korean brand “ul:kin” is putting the idol on its New York debut runway, which has gone online due to the COVID-19 pandemic. They also collaborated on a range of clothes that will be presented in the show.

Meanwhile, TXT released a video on its YouTube channel last week for “Way Home,” a futuristic R&B tune from its third EP, “minisode 1: Blue Hour.” Against the backdrop of a classroom, each member of the quintet wears a school uniform and gazes into the camera, befitting the theme of “eye contact,” and sings about how lonely and uneasy it can be for young people without memories of each other.

Kang Daniel focuses on his inner self

“It took me a long time to talk about this since it was hidden inside me,” said the musician. There was a time when everything seemed overwhelming, he confided, admitting that he had felt as if he was crumbling bit by bit at a certain point. He’d taken some time off, used it to restore himself musically, and come out without any plans or strategies.

All he thought about during that time was how better to deliver what he felt, he said. When he finished recording “Paranoia,” the new single, he said, he felt proud that he had overcome his pain.

“Paranoia” comes before the last installment of his color series, which so far comprises “Cyan” and “Magenta.” This single, he believes, will serve as a turning point for the next EP and also as a prequel.

He incorporated the dark and chilling sounds of the synthesizer, drums, electric guitar and bass into the lyrics he’d written to vent about the pain and anxieties he felt. The choreography is equally unsettling, inspired by the movies “Venom” and “Constantine.”