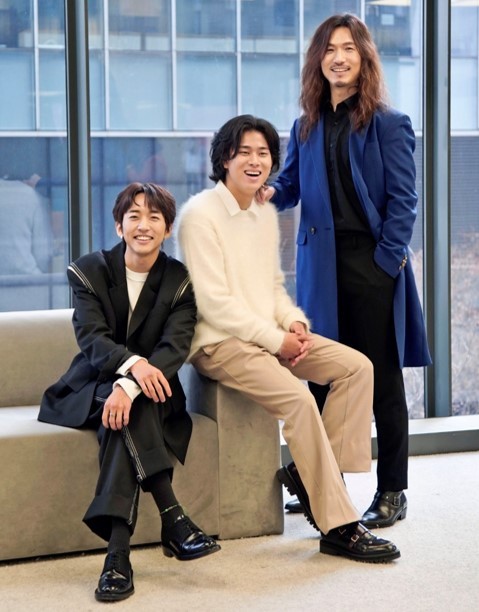 “Sing Again,” which aired its final episode Feb. 7, captured the audience by giving a second chance to 71 singers who had released albums in the past but never attained popularity. The producer’s strategy hit the mark: The singers were called by numbers on the show, and people searched for their names online.

“I don’t like the word ‘nameless.’ We all have names, but just because we have yet to shine, we are called nameless,” said Lee Seung-yoon. “‘Sing Again’ said from the get-go that it’s a competition for nameless singers. They didn’t sugarcoat it or beat around the bush. Instead it said to those who think they are nameless singers to come forth, and that made me feel rather comfortable.”

Lee Seung-yoon said he’d given his all at each stage of the competition and had no time to organize his thoughts as he had to prepare during the entire three months. Jeong felt the same haste, especially so because he was performing music that differed from his usual rock preferences.

“I entered the competition to try singing popular music,” said rocker Jeong Hong-il. “I kept on moving forward, and before I knew it, I was in the top 10.”

On the other hand, Lee Mu-jin, who at 19 was the youngest of all the contestants last year, said he’d entered the competition with a light heart, thinking it would be a good chance to compete with actual singers.

As “Sing Again” gained national fame, with the final performance getting a viewership rating of over 10 percent, the three nameless singers instantly turned into stars.

“It feels strange to now use my name and sing. I think I need a lot of time to get used to it,” said Jeong.

Noting that he is now recognized on the streets, he said, “I am reveling in the experience. At the same time, I know popularity isn’t permanent so I am mentally preparing myself for when it goes away. Moving forward, I want to be able to sing songs that have a story despite being rock music.”

“I never realized that I knew so many people. Anyone who remotely knew me contacted me, making me feel like I could run in an election,” said Lee Seung-yoon. “I don’t think everyone needs every music there is. Some people need certain songs and music. I want to be a musician that can sing such music for such people.”

“I have yet to decide which genre or style is right for me. I am still experimenting,” said Lee Mu-jin. “The music I plan to show to the world is limitless.”

Meanwhile, the top 10 contestants will begin a nationwide concert tour and visit 14 cities, starting at Seoul Olympic Park from March 19 to 21. Tickets for all three Seoul dates sold out within 10 minutes of opening Monday, attesting to the program’s popularity.