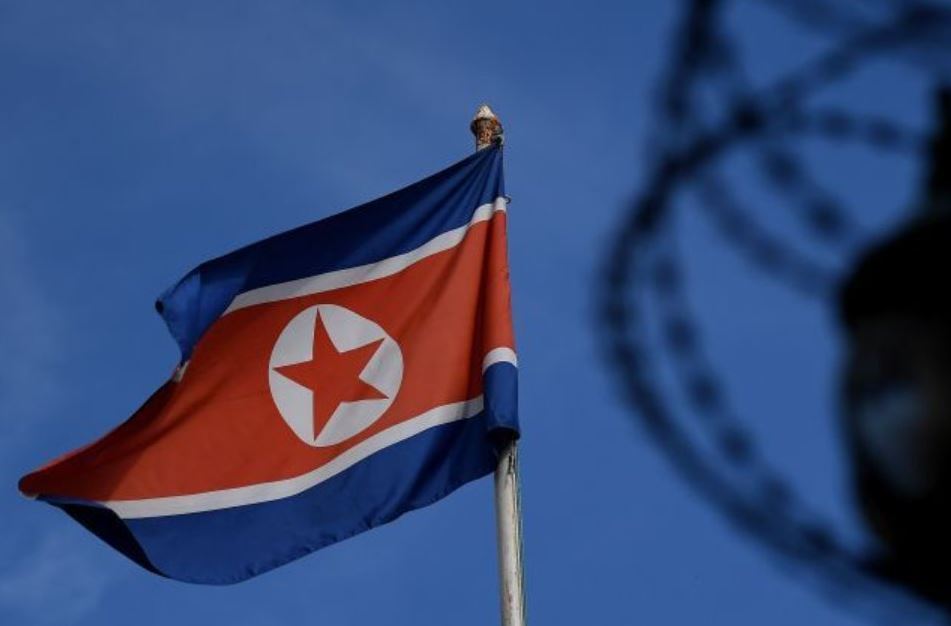 North Korean flag (AFP-Yonhap)
North Korea’s trade with countries other than its largest trading partner China plunged last year due to the regime’s border closure to stave off a COVID-19 outbreak has dealt a heavy blow to its economy already struggling with international sanctions.

Some 13 countries reported trading with North Korea last year, bringing in a total volume of $13.09 million, down by one third from $35.16 million in 2019, Voice of America reported Tuesday based on data disclosed by the International Trade Center. These countries include Brazil, South Africa, Switzerland, Bolivia, Mozambique and Georgia, among others.

The latest data does not include China, the North’s largest trade partner, which typically accounts for some 90 percent of its trade volumes.

According to Chinese customs data disclosed last month, the North’s total trade with China plummeted about 80 percent on-year in 2020 to $539.1 million.

North Korea’s imports from China fell 80.9 percent to $481.1 million last year, while its exports to the neighboring country came to $48 million, down about 77.7 percent from a year earlier.

Last year, North Korea was one of the first countries to close its borders, and it suspended all trade to prevent the spread of the coronavirus, wreaking havoc on the economy already burdened by international sanctions imposed on the country.

Reflecting the country’s dire situation, North Korean leader Kim Jong-un lashed out at his cabinet for failing to manage the economy and carrying out previous economic policies at a key party meeting that ended last week. He also sacked a key economic official he appointed a month ago, for failing to come up with new ideas for the new five-year economic plan.