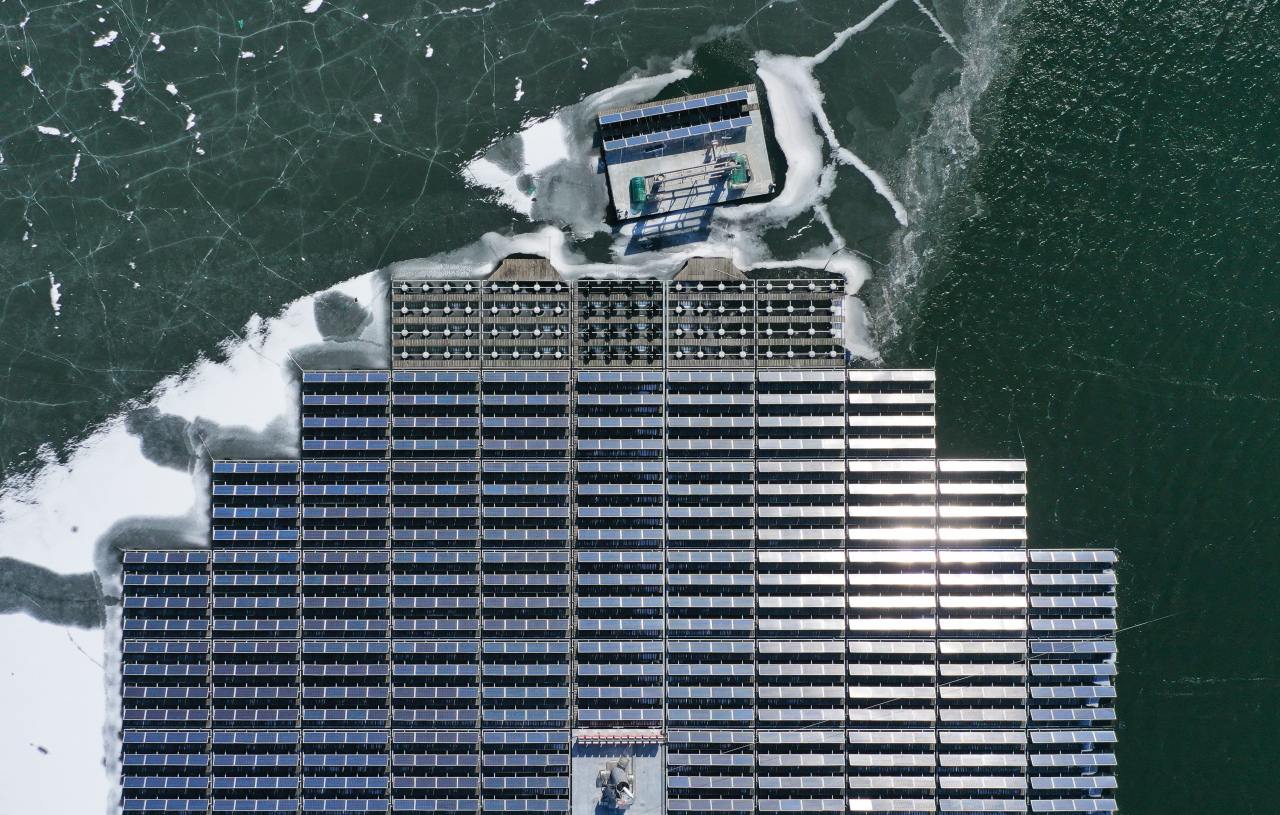 Floating solar panels are seen on a lake on Jan. 29 in Anseong, Gyeonggi Province. (Yonhap)
The state-run lender Korea Development Bank said Tuesday it was working with the Ministry of Environment to foster a standardized framework for its green bond issuance in a bid to cut greenhouse gas emissions.

KDB officials said the move will ensure that issuers, including KDB, will use the green bond proceeds for environmental purposes and prevent issuers from “greenwashing,” in which companies make green gestures without meaningfully improving their environmental impact.

KDB added that the collaboration is designed to revamp its internal green bond principles, largely based on the Environment Ministry’s guideline unveiled in December.

KDB is one of the issuers along with carmaker Kia, auto parts maker Mando, commercial lender KB Kookmin Bank and shipbuilder Hyundai Heavy Industries to join the partnership with Environment Ministry. 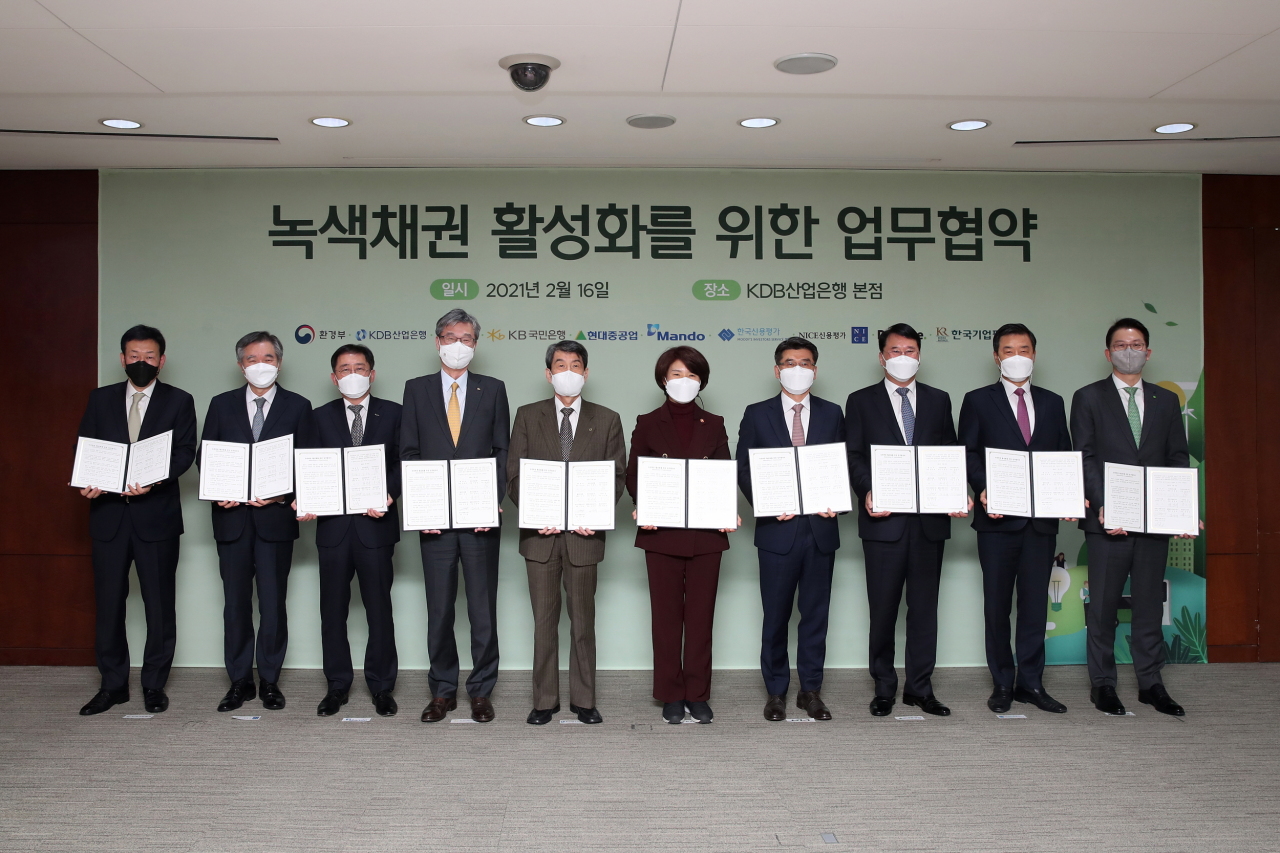 Environment Minister Han Jeoung-ae (sixth from left) and representatives of green bond issuers including KDB Chairman Lee Dong-gull (fifth from left) and independent assurance providers pose for the photo at a ceremony to celebrate their partnership held on Tuesday at the KDB headquarters in Seoul. (KDB)
The new principle will be applied to the forthcoming 300 billion won ($273 million) batch of KDB green bonds being issued in the first quarter. So far, KDB has issued a combined 500 billion won of won-denominated green bonds since 2018 to finance solar power projects, subway construction and installations of exhaust gas scrubbers on marine vessels.

KB Kookmin Bank plans to issue a 100 billion-won green bond under the partnership with Environment Ministry by the end of March to finance new and renewable energy projects.