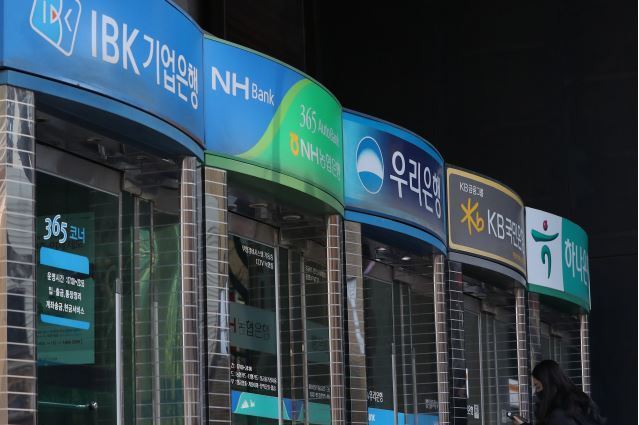 Earnings for the whole of 2020, announced last week, show a decline in net interest margins and slightly higher credit costs from a very low base in 2019.

Average net interest margins fell by 16 basis points year-on-year to 1.39 percent in 2020, according to S&P.

"We expect the banks to slow loan growth, after some pick-up in 2020, and focus more on risk management this year, along with heightened regulatory oversight on household lending," S&P said in a recent report on the banks.
Household loans increased by about 8 percent in 2020 compared with about 5.5 percent annually in 2018-2019.

S&P said South Korea's major commercial banks should smoothly manage asset quality in 2021, on the back of both global and domestic economic recovery.

Last year, the South Korean economy shrank 1 percent -- the first contraction in over two decades -- as exports and domestic demand were dented by the fallout of the COVID-19 pandemic.

Asia's fourth-largest economy is widely expected to rebound this year on the back of improving exports and a mild recovery in consumer spending.

The IMF's projection is better than a 3 percent growth estimate by the Bank of Korea but lower than the 3.2 percent growth forecast made by South Korea's finance ministry.

S&P forecast that the South Korean economy could grow 3.6 percent in 2021.

The credit rating agency said it expects profitability at the major South Korean commercial banks to slightly improve in 2021.

"In our view, a reduction in credit costs will offset strains on net interest margins amid a persistent low interest rate environment," S&P said.