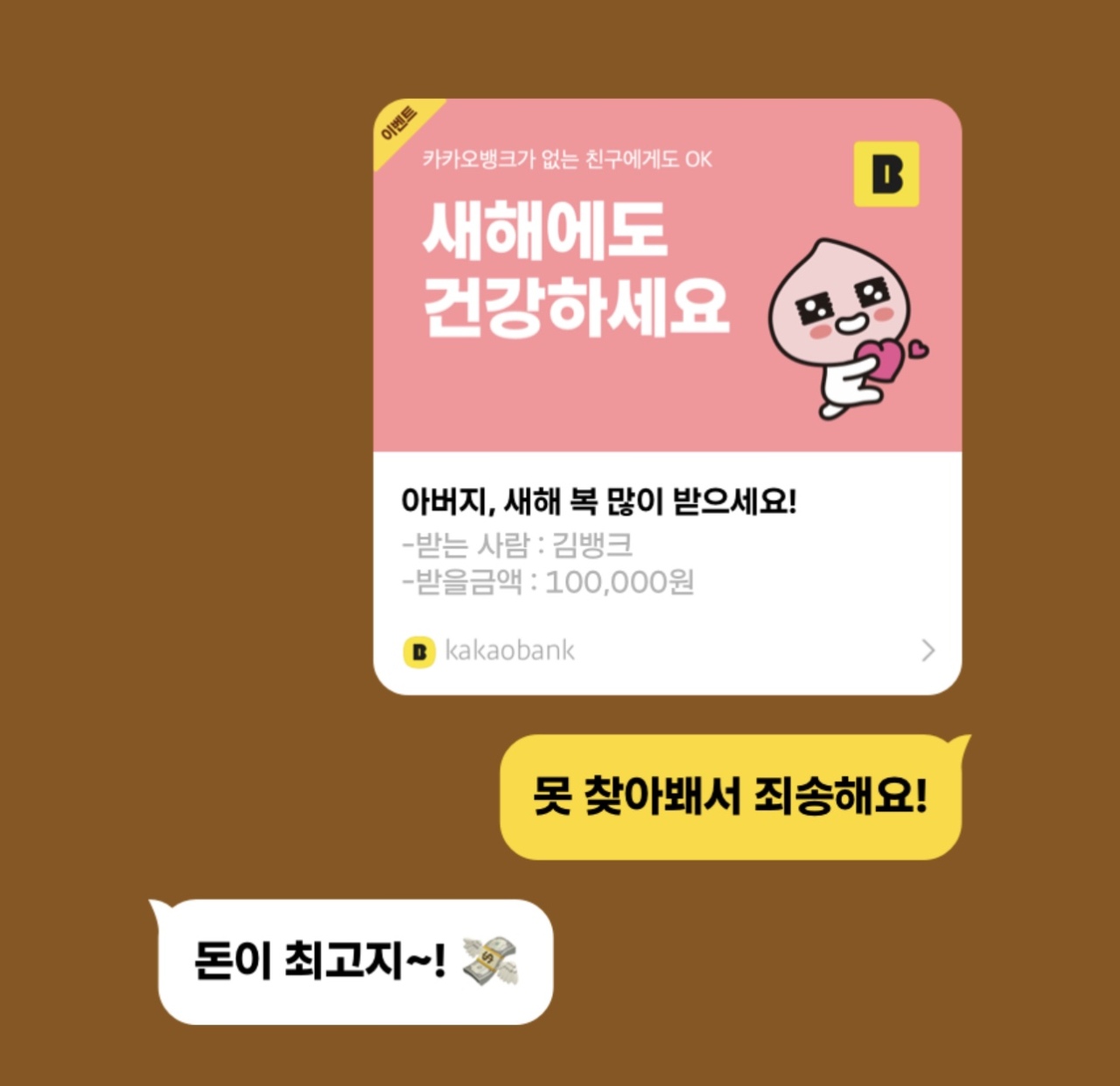 The social distancing rule that prohibits a gathering of more than five people during the Lunar New Year holiday has led Koreans to seek practical alternatives to the tradition of gifting cash to children -- now via mobiles, not in-person.

The firm has launched a giveaway event for those who send or receive New Year‘s money or sebaetdon in Korean, cash gift that children receive after performing a ceremonial New Year’s bow, sebae, to their elders, via its application.

What makes the online banking a more attractive option than others is its convenience. Money can be transferred to recipients’ bank accounts directly from the nation‘s most widely used messenger app KakaoTalk, which has 52 million monthly active users, without having to type in their bank account numbers.

“It is expected that many customers will use Kakao Bank’s money transfer service as they can exchange warm New Year greetings while giving and receiving sebaetdon with their family members and acquaintances,” a company official said.

E-gift cards were once considered a convenient option exclusively for youngsters. But as consumers prefer to shopping online than offline, the user base of digital gift cards has been expanding.

The number of e-gift cards sold at e-commerce platforms Gmarket and Auction between Feb. 1 and Feb. 4 soared 48 percent from a year earlier, according data released Monday by eBay Korea, which operates the two companies.

Those in their 40s and 50s contributed to the trend with a 67 percent on-year increase.

“As a growing number of customers are sending gifts online instead of visiting their hometowns due to the social distancing measures that will remain in place until the Lunar New Year holiday ends, the sales of related items are increasing accordingly,” a company official said.