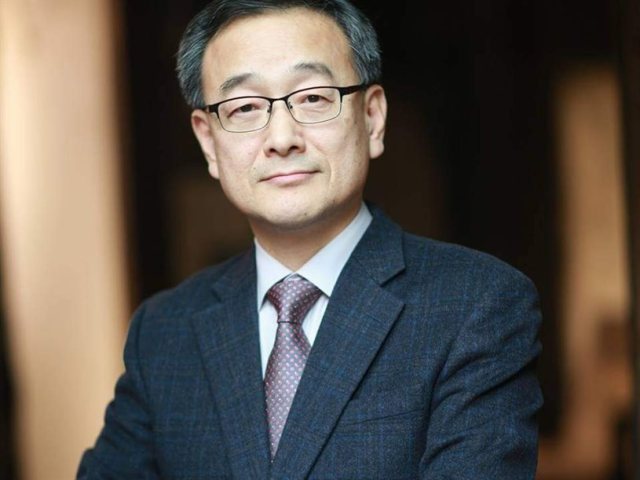 A group of local retail stock traders is working on a global anti-short selling campaign that may involve forging a partnership with WallStreetBets -- a regiment of amateur investors on the US social-networking website Reddit that drew attention for taking action against sophisticated hedge funds last month.

Jung Eui-jung -- head of the Korea Stockholders Alliance, which represents some 22,000 stock investors -- told The Korea Herald that he had gone to the online forum and proposed a cross-border alliance as a way of protecting shareholders’ rights.

“One of my suggestions was posting links at each other’s websites, which, if clicked, will open the official homepage of WallStreetBets and KSA, respectively. Also, I’ve asked them to share information regarding their goals and ongoing projects.”

The proposal was delivered amid intensifying controversy over short selling posing a threat to inexperienced day traders who have just jumped into the market. Under pressure from retail investors, backed by politicians wary of losing votes, the nation’s top financial regulator extended a temporary ban on short selling until May 2. After that, the short selling of shares on the Kospi 200 and Kosdaq 150 will be permitted with some restrictions.

Despite the authorities having taken a step back, retail investors have continued their protest.

A petition to the Blue House calling for the impeachment of Financial Services Commission Chairman Eun Sung-soo, which appeared on the website of the presidential office Thursday, had gained more than 13,000 signatures as of Tuesday. 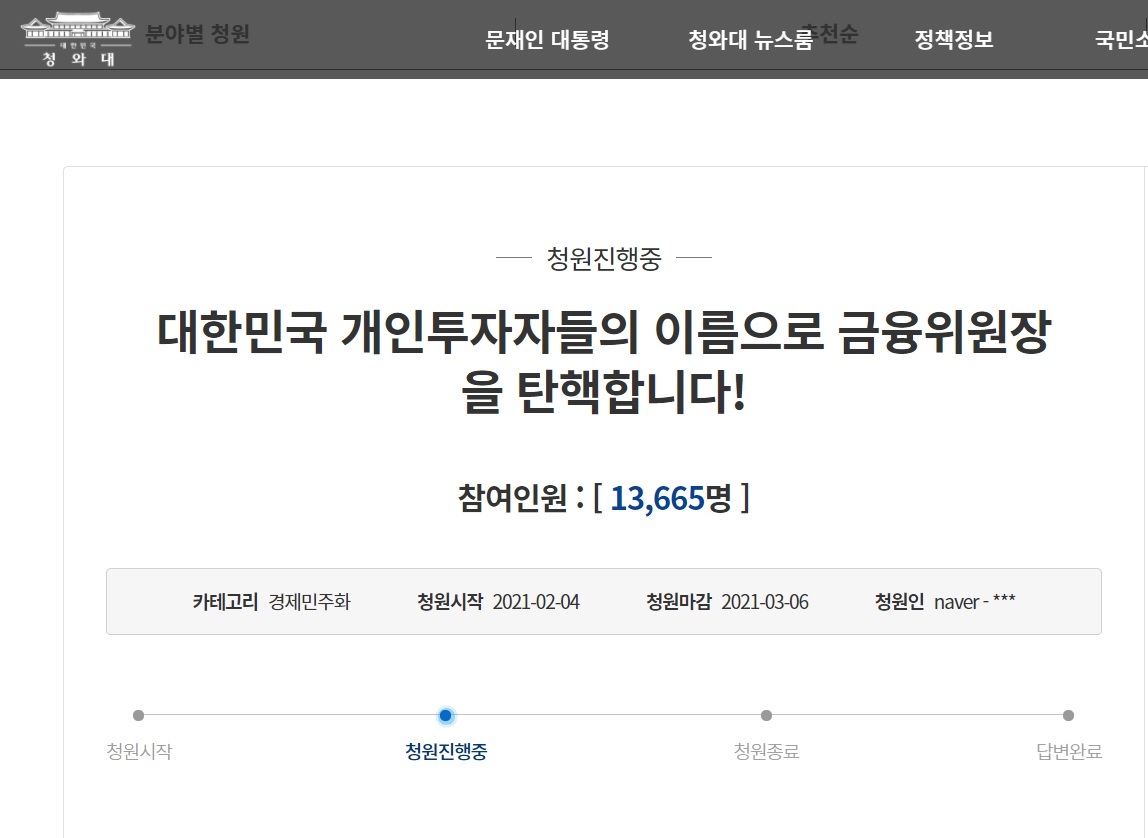 An online petition was uploaded on the website of the presidential office calling for the impeachment of Financial Services Commission Chairman Eun Sung-soo.

Short selling occurs when investors immediately sell borrowed stocks on a bet that share prices will fall, allowing them to later repurchase the stocks and return them to the lender.

Hinting at the possibility of collective action, Jung and his group said they would purchase certain stocks en masse if short selling were allowed back on the Seoul bourse.

“If the forthcoming partial reactivation of short selling appears to impinge on the interests of local retail investors, members of the group might consider buying stocks most affected by short selling activities just as the US amateur traders have recently done,” he said.

“None of us expected that the US retail investors would fight against short sellers over shares of GameStop, but it happened. So, the same phenomenon can also occur in South Korea if triggering events happen,” Jung said.

Retail investors are calling for a ban on short selling activities for a year or longer so that the financial authorities can devise an effective system to stop illegal short selling practices, after thoroughly reviewing their adverse impact on retail investors.

“It is impossible to properly set up an illegal short selling detection system in just a couple of months. The government’s recent decision is a stopgap measure to woo voters ahead of by-elections slated for mid-April,” Jung said.

“Small investors tend to easily fall victim to irregularities by some foreign and institutional investors as short sales by individual investors accounted for 1.1 percent of the total of such transactions worth 103.5 trillion won ($92.6 billion) in 2019,” he said, quoting data from the Korea Exchange.

“To address retail investors’ anger toward short sellers, the FSC vowed efforts to make policies to increase retail investors’ access to short selling. However, what we truly want is a fundamental solution to prevent illegal acts in the short selling market. Along with the system detecting hedge funds’ illegal short selling attempts, tougher penalties like withdrawal from the market should be imposed,” said a local investor participating in the Korea Stockholders Alliance’s anti short selling campaign, who wished to remain anonymous.

Jung, who formerly worked at various financial institutions, including Woori Bank, for more than 20 years, established the Korea Stockholders Alliance in October for the purpose of enhancing investor protection and promoting the interests of day traders.