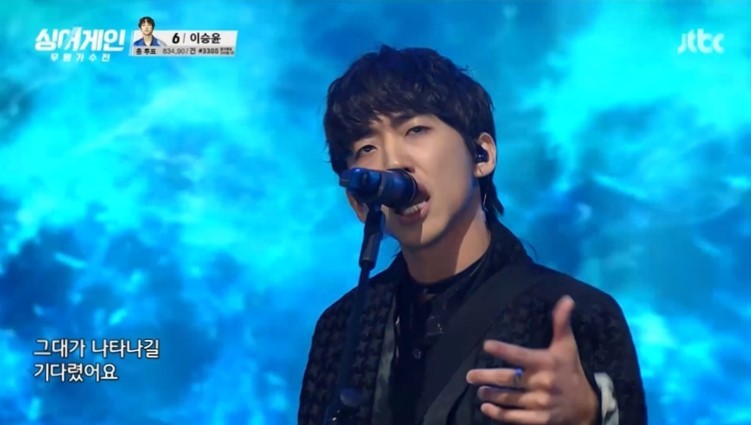 “Sing Again,” which aired its first episode in November, captured the audience by giving a second chance to 71 singers who had released albums in the past but never attained popularity. The singers were called by their numbers instead of their names, piquing viewers’ curiosity. 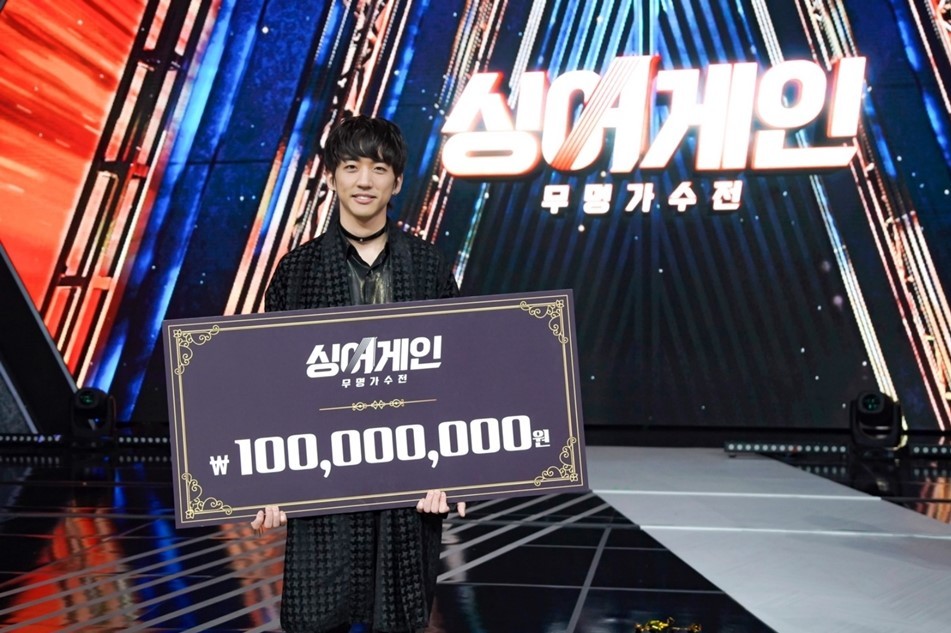 Singer No. 30, Lee Seung-yoon, wins JTBC’s “Sing Again.” (JTBC)
Praised by the judges as a groundbreaking singer, Lee Seung-yoon, who has released a number as a soloist and is also the lead vocalist for the band Alary-Kanson, sang Lee Juck’s “Water” and received 100 million won ($89,647) in prize money. Rocker Jeong Hong-il came in second place, and Lee Mu-jin was third.

“Ironically, the name of a singer, who obsessively refused to sing cover songs because he was jealous, has been allowed to shine with numerous masterpieces. ... In my genealogy are written the names of judges, the MC, the owners of the songs that I sang during the competition and countless people,” said Lee Seung-yoon on Instagram on Tuesday morning after his win. “The finals were dedicated to the names of those who live their lives as musicians and the songs that sustained me. Thank you for making me jealous, for making me want to sing.”

Lee is the son of well-known pastor Lee Jae-cheol.

The audition show was not without controversy. Before Monday’s live episode, which attained a viewership rating of 10 percent, one of the contestants, Yaori, was accused of being a bully in middle school. A post that appeared in an online community on Sunday said Yaori had to leave school because of the troubles she caused.

Yaori denied the claims and was allowed to continue competing. She placed fourth in points from the judges, but ended up in sixth place after the online votes were tallied.

Meanwhile, the final episode of “Sing Again” will air Monday, with behind-the-scenes stories of the auditions and the contestants.

The top 10 contestants will begin a nationwide concert tour across 14 different cities, starting with concerts at the Seoul Olympic Park from March 19 to 21. Tickets for the Seoul concert will be available through Interpark starting Feb. 15 at 2 p.m.