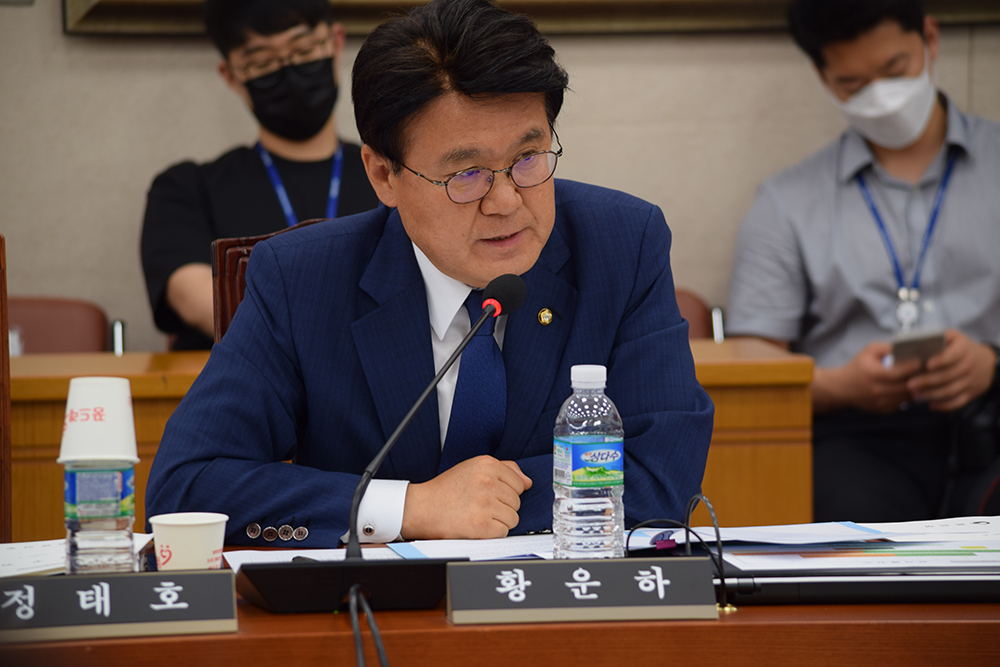 On Tuesday, 14 lawmakers led by Rep. Hwang Woon-ha of the ruling party proposed a bill to create an investigative agency tentatively called the serious criminal investigation agency, which would be dedicated to investigating serious crimes -- currently the purview of the prosecution.

Hwang is a member of the Democratic Party’s special committee on prosecution reform. The committee is now working on creating the new agency that would investigate six major categories of crime related to corruption, the economy, public officials, elections, defense projects and major disasters. The committee is separately preparing a bill to create the new agency.

If the new agency is established, the prosecution will become an institution that has only the right to prosecute suspects but will have no right to investigate them directly. This is because the National Police Agency is responsible for investigating general crimes, and the recently created anti-corruption investigation agency is in charge of corruption cases involving high-ranking officials.

In a press briefing Tuesday, the lawmakers read the joint statement. “In other countries, prosecutors’ roles are limited to prosecuting criminal cases and sustaining the indictment. No other civilized country ruled by democracy and the rule of law has a prosecution that has full right to investigate.

“Meanwhile, the prosecution (in Korea) is reigning as the absolute powerhouse in the overall criminal justice process by exploiting the powerful authority granted to them. The prosecution is freely and selectively targeting the investigation of the ministers, lawmakers, heads of local governments, heads of large corporations and even former heads of judiciary departments,” they said.

The joint statement added that illegal investigations are being carried out as prosecutors monopolize the right to indict suspects, and have the authority to decide not to prosecute a suspect if they see fit.

When asked which ministry would oversee the new agency, Rep. Hwang said, “There are many opinions,” and “We will discuss it in a special committee.”

Regarding the timing of the revision of the bill, he said it needs to be discussed but he hopes it “will pass as soon as possible.”

Democratic Party Chairman Lee Nak-yon also showed support for the party’s efforts to continue to reform the prosecution. He said last month, “It is clear that the launch of the anti-corruption investigation agency has taken a step closer to the public desire for reform and decentralization of prosecution power.

“However, without stopping here, we will continue to push for sustainable reform of the prosecution and other powerful organizations. We look forward to the efforts of the special prosecution reform committee,” he said.