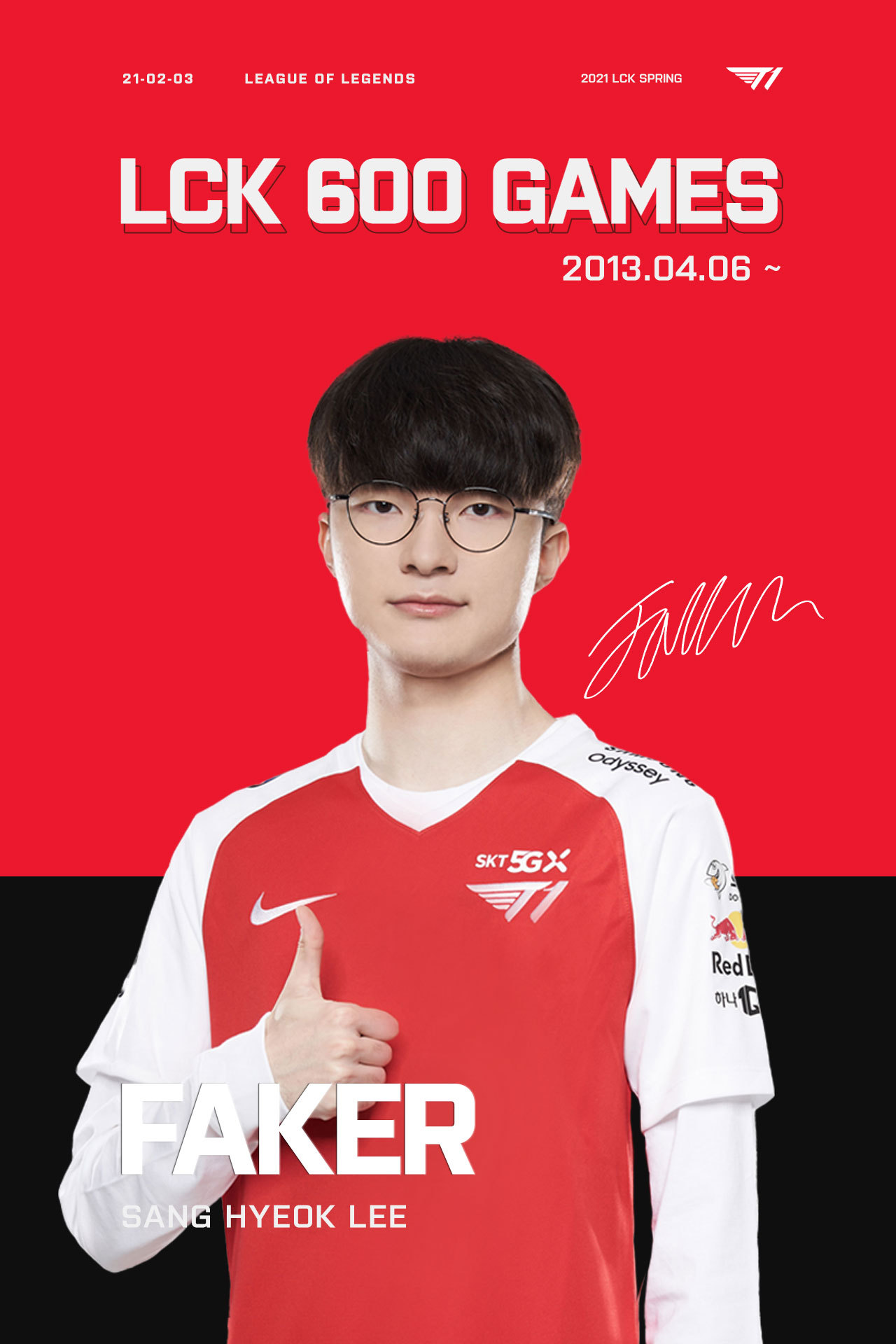 Faker plays his 600th game in the LCK on Feb. 3. (Riot Games)
As the decade-old League of Legends Champions Korea matures, rookie players are replacing several veteran players this year with the introduction of the franchise system.

The LCK teams have shown a preference for new, younger faces -- players with excellent mechanical skills to lead them for multiple years -- rather than experienced veterans who have only a few years left to play as their mechanical skills go downhill with age. Longtime veterans who represented the LCK such as Kuro, Smeb, GorillA and Spirit announced their retirement in the offseason, signaling the end of an era.

As there is currently a minimum age limit of 17 for LCK players, talented players who just turned 17 made their debuts this year, including Zeus of T1 and Karis of Gen.G -- all of whom were hyped up before their debut matches because of their performances online. 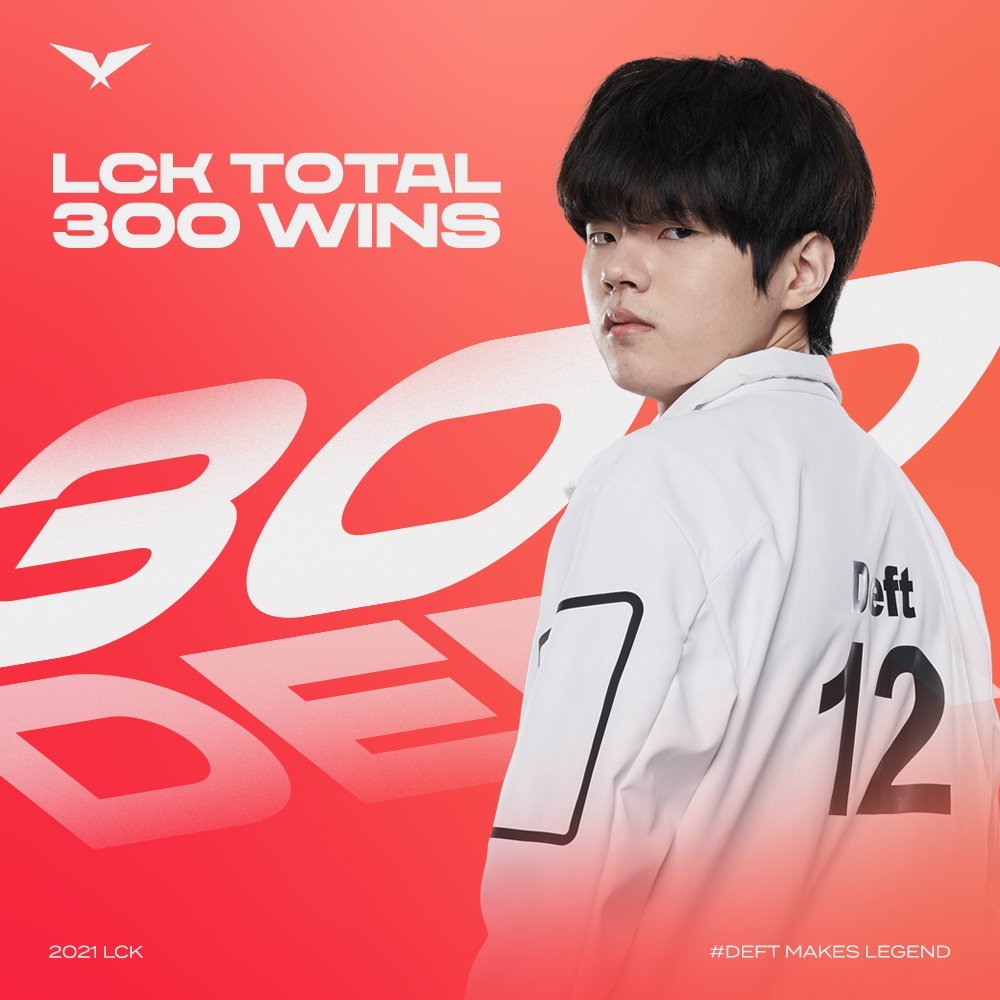 Deft achieves his 300th win in the LCK on Feb. 6. (Twitter)
Meanwhile, veterans Lee “Faker” Sang-hyeok of T1 and Kim “Deft” Hyuk-kyu of Hanwha Life Esports set LCK records last week, with Faker reaching both his 600th game and his 400th win in the LCK, the first player to do both, while Deft achieved his 300th LCK win, the only active player to do so other than Faker despite playing in the Chinese league for two years.

When Faker and Deft -- who, coincidentally, hail from the same high school -- debuted in the LCK in 2013, they were just 16 and among the youngest players on the team. Now they are by far the oldest players on their teams.

“That I am the first player to play 600 games in the LCK came as a surprise,” said Faker after his win Feb. 3. “I’ll try to continue to do well.”

Faker and Deft were both nonchalant about their milestone wins.

“I win over 1,000 games in solo queue every year so the fact that I achieved 400 wins isn’t that emotional, but I think the fact that I played for such a long time is meaningful,” said Faker after the match on Feb. 6. “I am also pleased that my win rate reached over two-thirds (for the first time) today.”

“Three hundred wins mean something, right?” Deft said in a YouTube livestream Feb. 4. “I can feel time has passed. It’s both a pleasant and an unpleasant feeling.” Deft also mentioned that of the 300 LCK wins, the most memorable was his debut match against Kim “PraY” Jong-in.

As the esports scene grows, Faker predicted, his records will be taken down within the next 10 years.

The first round of LCK Spring, with one game remaining for each team, continues Feb. 17.