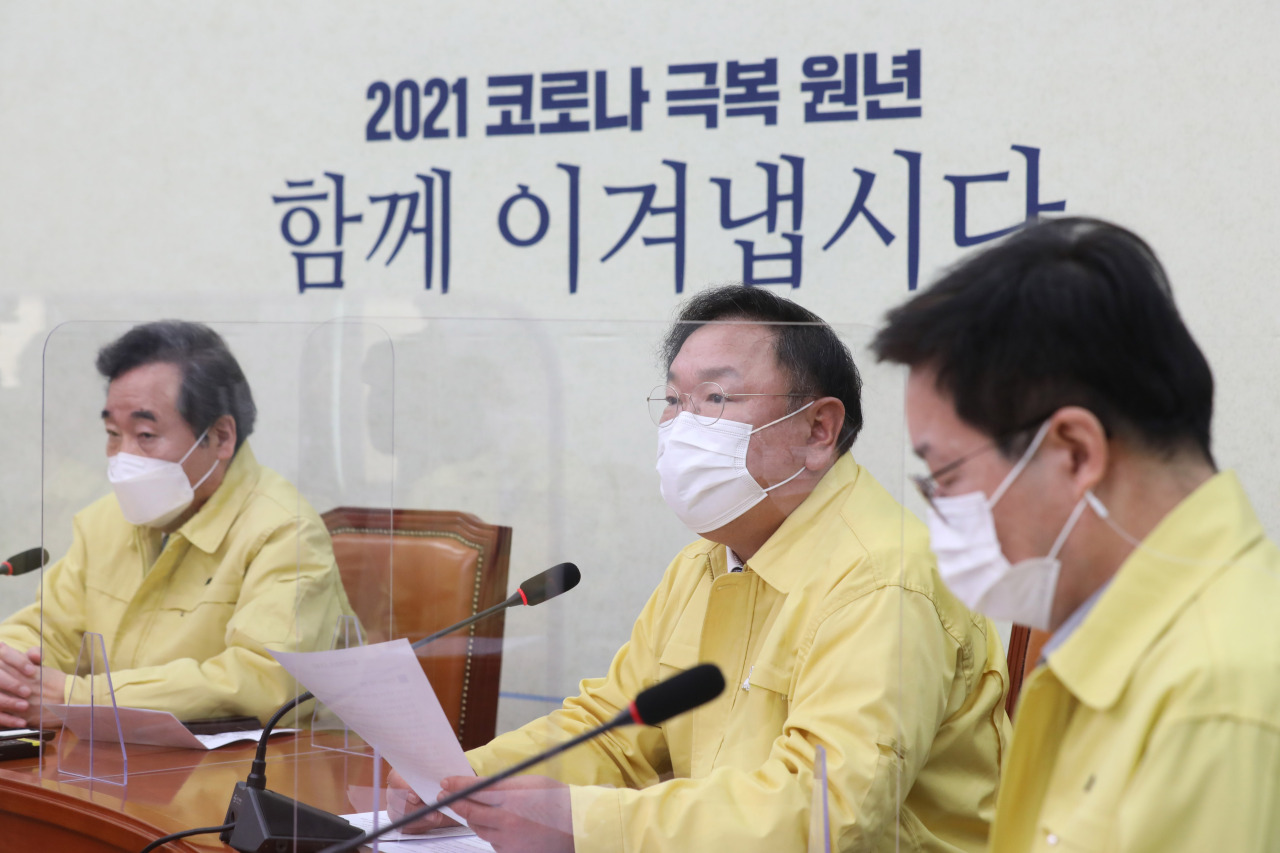 DP floor leader Rep. Kim Tae-nyeon also expressed deep regret and concerns over the coup d'etat that took place a week earlier, while disclosing the plan for the parliamentary resolution during a top party council meeting.

"The coup by the Myanmarese military is an act of serious provocation that fundamentally threatens the basic human rights and the rule of law, let alone democracy in Asia," Kim said, voicing "deep regret and concerns."

"(The DP) calls for the immediate release of the State Counsellor Aung San Suu Kyi and others who have been put under detention in the process of the coup, as well as the restoration of democracy in Myanmar," Kim also noted.

He added that his party supports the Myanmarese people's peaceful resistance movement against the coup.

The DP will push for a resolution at the National Assembly to decry the military coup and urge the return of democracy in Myanmar, according to Kim.

In morning raids on Monday last week, Myanmar's military authorities detained leaders of Aung San Suu Kyi's National League for Democracy party, including herself, doubling down on their claims of fraud in November elections in which her party won a landslide victory.

A state of emergency has also been declared while the internet and flights have been cut off, throwing the country back to full military rule. (Yonhap)