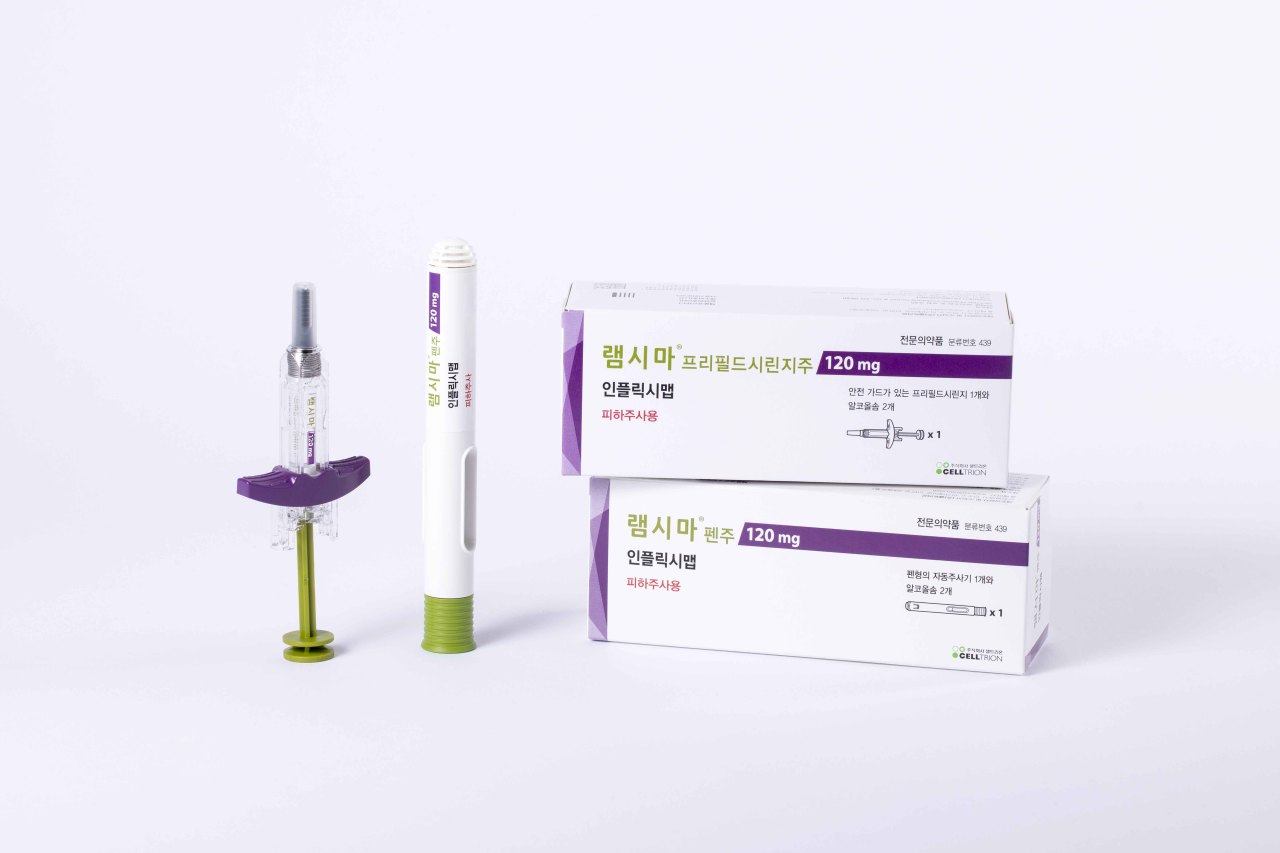 Remsima SC (Celltrion)
Celltrion Pharm said Monday that it is rolling out Remsima SC in Korea for at-home treatment of rheumatoid arthritis and inflammatory bowel disease.

With Remsima SC, or subcutaneous Remsima, there is no need to visit the hospital for regular therapeutic shots for the aforementioned autoimmune diseases now.

Remsima is an intravenous infliximab treatment that has to be prepared and administered by medical professionals at hospitals.

Remsima SC, on the other hand, comes in pen-type autoinjectors and prefilled syringes that can be easily handled by patients for the under-the-skin jab.

The Remsima SC by Celltrion is the world’s first subcutaneous infliximab, and differentiates itself from the original infliximab treatment Remicade, by Janssen.

Because of the upgraded formulation, Celltrion calls Remsima SC a “biobetter” rather than a biosimilar.

During the worst spikes of COVID-19, Remsima SC was lauded in the UK as a solution for hard-pressed medical professionals coping with the new influx of patients.

In a symposium that took place Saturday ahead of the Korea launch, global scholars convened to discuss Remsima SC’s efficacy for rheumatoid arthritis.

Rene Westhovens from Catholic University of Leuven in Belgium noted that clinical trials have revealed the subcutaneous Remsima to have matching efficacy and safety to the intravenous Remsima.

Remsima SC will broaden treatment options available for medical professionals and patients, and will receive deserving attention as a novel therapy, Westhovens is quoted as saying.

Remsima SC has worked hard to earn the prescription validations for each indication. Celltrion gained approval for the use of Remsima SC in rheumatoid arthritis indication in February 2020 and for inflammatory bowel disease and ankylosing spondylitis, or spinal inflammation, indications in August the same year.

Those who are given a state subsidy for having been diagnosed with cancer or a rare incurable disease will only bear 10 percent of the price, meaning patients will pay about 28,000 won.

Celltrion is a South Korean biosimilar maker that creates biological copies of blockbuster protein drugs whose patents have expired. Because bio drugs are impossible to be exactly replicated, they are not called generic drugs the way chemical drugs are. Instead, they are called biosimilars -- or biobetter if they surpass the original.