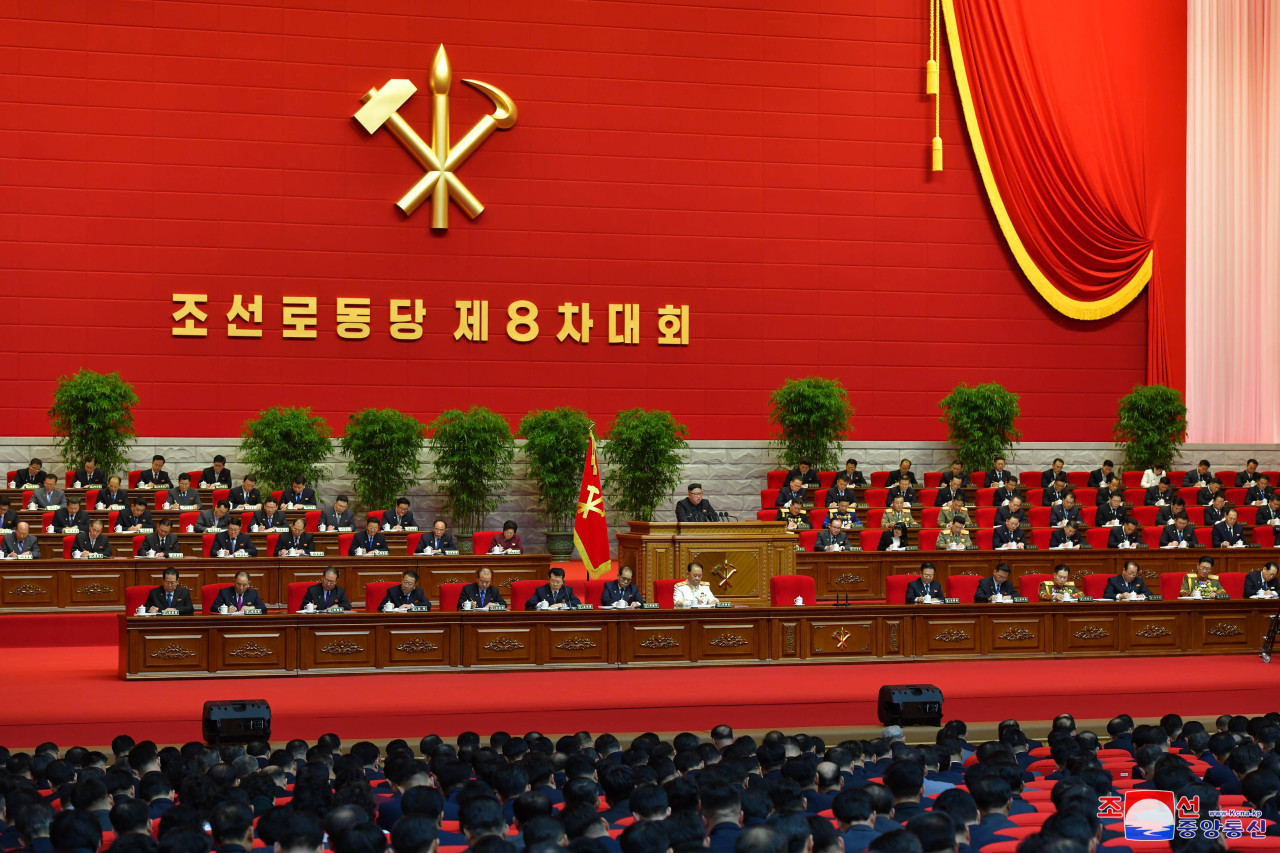 North Korean leader Kim Jong-un convenes the 8th Congress of the Workers’ Party of Korea for a third day in Pyongyang, North Korea, Jan.7, 2021. (KCNA-Yonhap)
North Korea will be provided with 1.99 million doses of the Oxford-AstraZeneca COVID-19 vaccine by June this year to inoculate nearly 1 million people, COVAX said Wednesday. COVAX is an international group that helps less wealthy countries with vaccination efforts.

The North will start receiving vaccines in late February at the earliest. But the program could face delays as the AstraZeneca vaccine has yet to be approved by the World Health Organization, which expects to discuss the matter later this month. The WHO is among the leaders of COVAX.

In January, North Korea reportedly sent an application to secure vaccines from the global group, though COVAX declined to comment on Pyongyang’s application. The North did not respond to media requests from Radio Free Asia asking the regime to confirm that it had sent an application.

The North still claims it has zero COVID-19 cases. Health experts widely discredit the assertion, with some saying North Korean health workers will be the first to receive inoculations.

“First their intended target is the front-line health workers. So those people will get it first and then it’s the elderly,” Kee Park, a lecturer on global health and social medicine at Harvard Medical School, told RFA, adding that the regime would not reopen borders even after the vaccinations.

Pyongyang, which has shut down nearly all border traffic and suspended public facilities to prevent the spread of COVID-19, is struggling amid UN sanctions that battered the economy. Leader Kim Jong-un himself admitted that he had failed “terribly” to deliver on expectations.

But North Korea has brushed aside South Korea’s repeated offers to combat the pandemic together and to share COVID-19 vaccines.