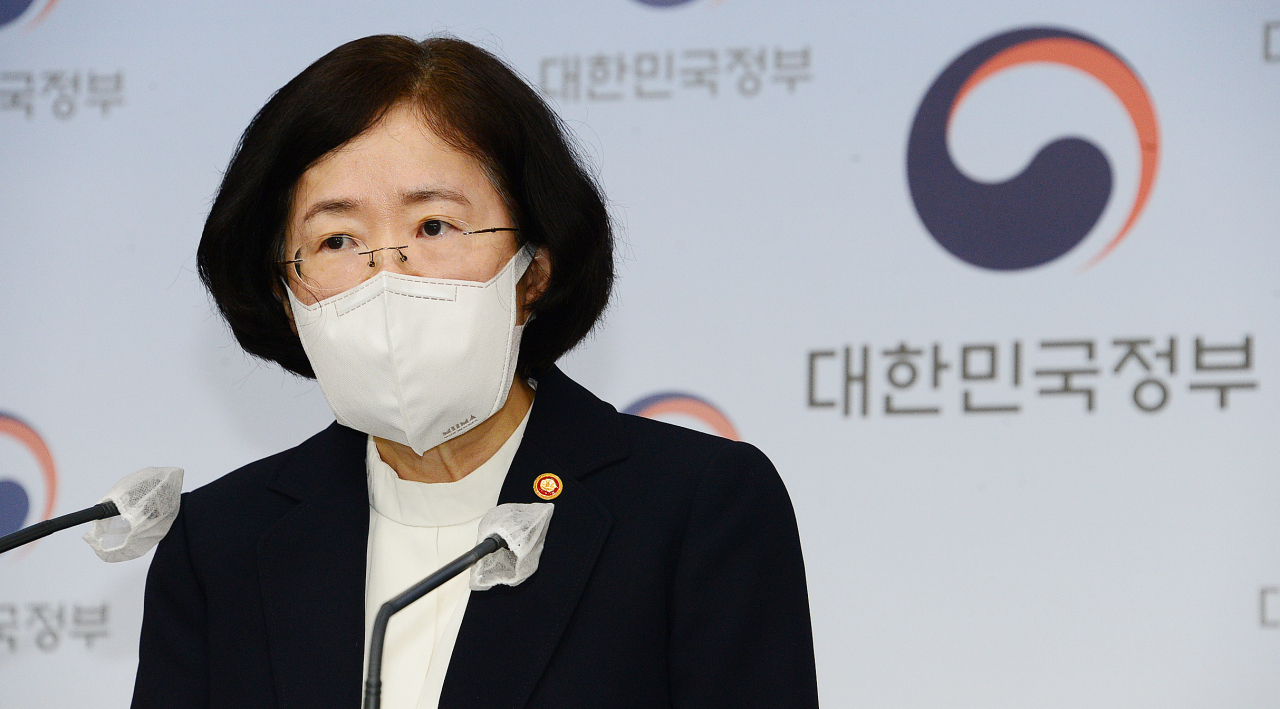 Apple’s yearslong antitrust dispute in South Korea seemed to settle as the nation’s watchdog accepted the US tech giant’s redeeming plan to spend some 100 billion won ($89.73 million) in supporting consumers and small-sized businesses.

The Fair Trade Commission said Wednesday that it has approved the financial package suggested by the local unit of Apple Inc. to wrap up its alleged unfair market practices in the past.

“This is the first time that a correction scheme (to make up for unfair market practices) actually provides direct benefits to consumers such as repair and warranty cost discounts,” said the FTC Chairwoman Joh Sung-wook in a press briefing held at Seoul Government Complex.

“(The FTC) shall thoroughly keep watch on whether Apple carries out the promised actions to contribute to the domestic ICT ecosystem.”

Addressing the criticism that the watchdog had after all turned a blind eye to the global company’s alleged power abuse, Joh stressed that the decision was made under strict legal requirements and procedures.

Apple Korea has for years been under probe by the antitrust watchdog over allegations that it pushed the country’s three mobile carriers -- SK Telecom, KT, and LG Uplus -- to bear the expenses for iPhone’s television advertisements and warranty services.

Since the initial examination kicked off in June 2016, the FTC sent out its report in April 2018 and has held three full plenary sessions in 2019 to review the issue.

In June 2019, as the given probe escalated, Apple suggested to wrap up the case through a voluntary correction scheme. It took a year for the FTC to actually kick off the compromising procedure and an additional five months for both counterparts to confirm the final draft of the measures that are to be taken hereafter by Apple.

Under the Monopoly Regulation and Fair Trade Act, companies that are accused of antitrust activities are allowed to state a correction scheme. Should the FTC view the suggested corrective measures as reasonable, it is to close the case without judging the illegality of the case.

The related clause was introduced in 2011 in order to add speed to pending cases and to provide tangible remedies to consumers, instead of holding on to legal means.

Based on the final plan, Apple Korea is to spend 40 billion won in building a research and development center for local small-sized businesses in the mobile phone manufacturing sector and 25 billion won in offering consumers 10 percent discounts in iPhone repairs and warranties.

“We are pleased this process has reached a conclusion and look forward to expanding and accelerating our existing commitments here with these new investments that will benefit local suppliers and manufacturers, small businesses, entrepreneurs, and education,” Apple said in a statement.

“This broad range of initiatives will strengthen innovation and economic opportunity across Korea. We look forward to sharing more details on these plans in the months to come.”

While delivering its stance, Apple also underlined that its business in Korea over past years has contributed to the country’s economic growth, including the creation of more than 325,000 local jobs.

The watchdog said that it will soon choose an accounting firm in charge to follow up on Apple Korea’s implementation process on a half-year basis over the next three years.

Should the IT firm fail to deliver its promises, it could face an enforcement penalty of 2 million won per day and have the correction scheme annulled, officials said.