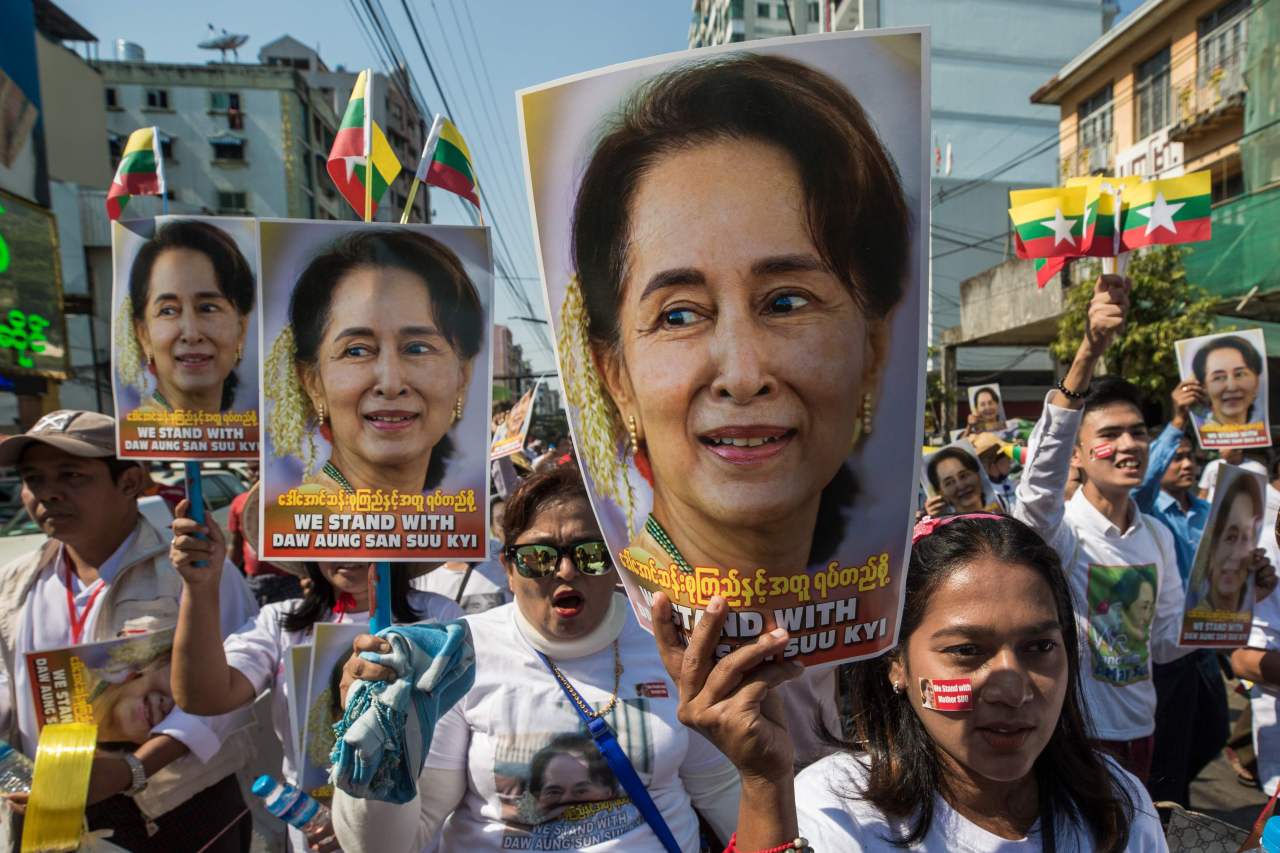 This file photo taken on December 10, 2019 shows people participating in a rally in Yangon in support of Myanmar's State Counsellor Aung San Suu Kyi, as she prepares to defend Myanmar at the International Court of Justice in The Hague against accusations of genocide against Rohingya Muslims. (AFP-Yonhap)
South Korea on Tuesday expressed “deep concern” over the takeover of Myanmar by the country’s military and called for the immediate release of detainees including the country’s top civilian leader, Aung San Suu Kyi.

“Our government voices deep concern over the recent political situation in Myanmar,” Choi Young-sam, a spokesman for the Foreign Ministry, said, reiterating that Seoul respects the desire for democracy that Myanmar’s people expressed in last year’s general election.

“Our government calls for the immediate release of State Counsellor Aung San Suu Kyi and other officials under detention and hopes that the issue will be resolved in line with lawful, democratic procedures and through peaceful means,” he said.

In a predawn raid on Monday, Myanmar’s military seized power in an apparent coup and detained Aung San Suu Kyi along with other top members of her National League for Democracy party. The army then declared a state of emergency for one year and handed power over the country to military chief Min Aung Hlaing.

Explaining its actions, the military alleged fraud in November’s election, which resulted in a landslide victory for the ruling party over the military-backed Union Solidarity and Development Party.

The takeover drew immediate condemnation from countries and leaders around the world, with US President Joe Biden threatening new sanctions on the country.

There are an estimated 3,500 Koreans living in the Southeast Asian country, with the majority of them living in its largest city, Yangon. The Korean Foreign Ministry said there have been no reports of damage or harm to any Korean residents, adding that it will closely monitor the developing situation and provide necessary consular support.