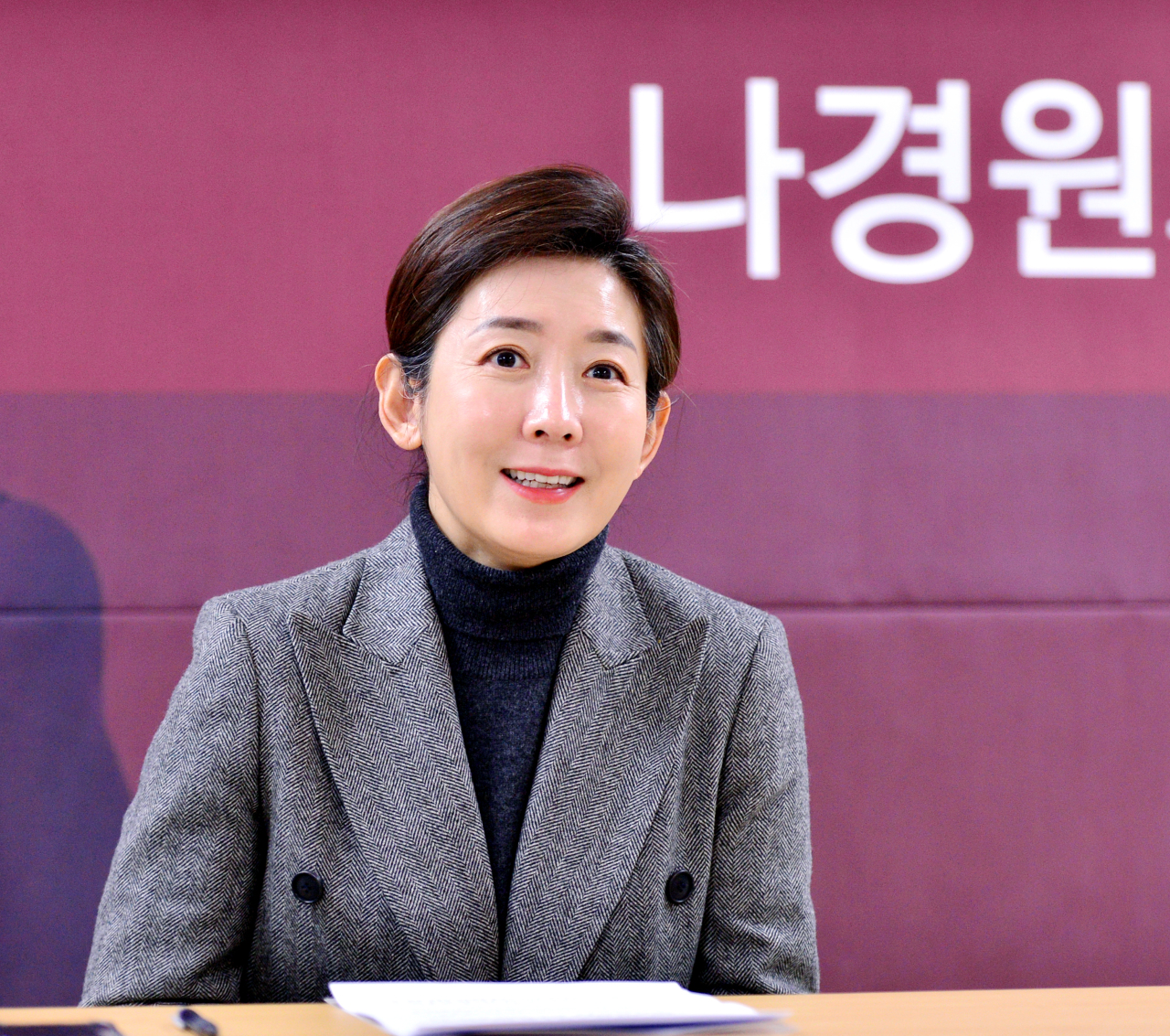 “Korea’s perception on gender has not yet reached an advanced level,” said Na in an interview with The Korea Herald.

As to why sexual harassment is still rampant in the workplace, Na pointed to “a closed, vertical organizational culture as well as weak law enforcement and institutions that prevent sexual crimes.”

The judge-turned-politician announced her bid for Seoul mayor on Jan. 13, becoming the latest bigwig challenger to enter the April 7 by-elections. Na served four terms in the National Assembly, and was the first female floor leader of the conservative main opposition Liberty Korea Party -- the predecessor to the current People Power Party.

“One of the things I envy while watching American television dramas is an office with a sense of openness. The offices of senior executives are made of glass and are transparent. Here, the higher the status, the more closed the space they have – even as far as a personal bedroom,” the candidate said, making a veiled reference to the former Seoul mayor Park Won-soon. Park committed suicide last year amid allegations of sexually harassing his secretary in various locations and settings, including a bedroom attached to his office.

If elected, Na plans to make the mayor’s office and the offices of other high-ranking officials using glass walls to create a more transparent environment.

She will not use the current mayor’s office located on the sixth floor and instead plans to turn it into the office for the sexual violence task force. She also vowed to set up an independent investigation center that can investigate the sexual crime cases of high-ranking officials.

The candidate also pledged to improve gender equality in the workplace.

“In terms of gender equality, my competitor will be the Paris mayor. In the city, there is a rule that the portion of a certain gender should not exceed 50 percent among high-ranking public officials. This is quite high compared to Korea where only a limited number of women have risen to senior positions,” she said.

To narrow the gender gap in the workforce, she plans to strictly regulate companies that discriminate against people who take parental leave, and give incentives to companies encouraging their employees to take advantage of the benefit.

Na, a mother to a daughter and a son, also shared her views on child abuse, which frequently makes nationwide headlines.

“Discipline and abuse are different, but there is a culture (in Korea) that identifies them and says they are a family issue,” she said.

The number of child abuse cases reported in the nation more than quadrupled to 24,000 in 2018 from 6,000 in 2011, according to government data. The cases include physical abuse, emotional abuse, sexual abuse, neglect and abandonment.

“The number may have increased. But I think it may also be that the abuse, which used to be hushed, has now been revealed,” she said.

“More state power should be used to intervene in child abuse cases as children are the most vulnerable members of our society and find it difficult to express themselves.”

One of the policies she came up with is to create an information sharing system for domestic violence.

“For child abuse, there are various related institutions, such as organizations dedicated to child protection, the police and government offices. The thing is that they do not share information with each other,” she said.

“Jeong-in, the toddler who died of abuse, showed signs of abuse three times. But it was left unattended due to a lack of information sharing. I plan to create a system where related agencies share information when the first report is received.”

She also vowed to introduce a psychological check-up for children in daycare centers and elementary schools to detect abuse quickly.