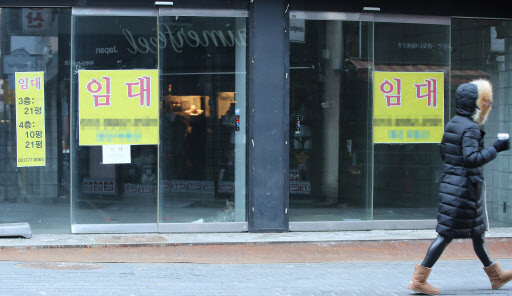 (Yonhap)
Levels of stress and depression increased among South Koreans as the coronavirus pandemic dragged on, a survey showed Monday, with 7 in 10 Koreans saying they were stressed.

According to a survey of 1,016 Koreans by a team led by professor Yoo Myung-soon of the Seoul National University Graduate School of Public Health, 72.8 percent of the surveyed said they were stressed, up 15.7 percentage points from the survey conducted last October.

Only 4.5 percent of the respondents said they were not stressed.

Among self-employed people, 79.4 percent said they were stressed, the highest proportion within any occupational group. Jobless people were next at 74.6 percent, followed by homemakers at 74.4 percent, white-collar workers at 73.2 percent and those working in the sales and service sector at 72.6 percent.

According to data from the Organization for Economic Cooperation and Development, the number of self-employed workers accounted for 25 percent of the country’s workforce in 2018, putting Korea in seventh place among the 38 OECD member states in terms of self-employment rates.

The self-employed were hit hardest by the prolonged pandemic, with businesses ranging from shops to cafes having their operations restricted amid the nationwide fight to curb the spread of the virus.

Nearly 84.6 percent of Koreans said the protracted pandemic had had a “negative” impact on the quality of their lives.

More Koreans felt the country was not safe from COVID-19 at 55.8 percent, up 16.2 percentage points from the survey carried out in May.

Since the survey was first carried out in February last year, a record 71.8 percent of Koreans said they felt scared of getting infected. Some 68 percent said they feared being stigmatized as “coronavirus patients.”

In terms of willingness to get vaccinated, 46.8 percent of the respondents said they would be highly willing to receive a vaccination, while 15.7 percent said their willingness was low. Some 38 percent remained undecided.

The Korean government seeks to achieve herd immunity by the end of November by implementing a massive vaccination program starting in mid-February. Medical professionals treating coronavirus patients, as well as inpatients and employees at nursing facilities, are first in line to be vaccinated.

Slightly more people (47.5 percent) believe the coronavirus pandemic could come to an end within this year, compared with those who think it is impossible (45.5 percent).

On Monday Korea announced 305 more COVID-19 cases, raising the total number of cases to date to 78,508, according to the Korea Disease Control and Prevention Agency. Since the third wave of the pandemic peaked at a record high of 1,241 cases Dec. 25, the infection rate has slowed down.

The survey, which was conducted Jan. 20-25, had a confidence level of 95 percent with a margin of error of 3.1 percentage points.