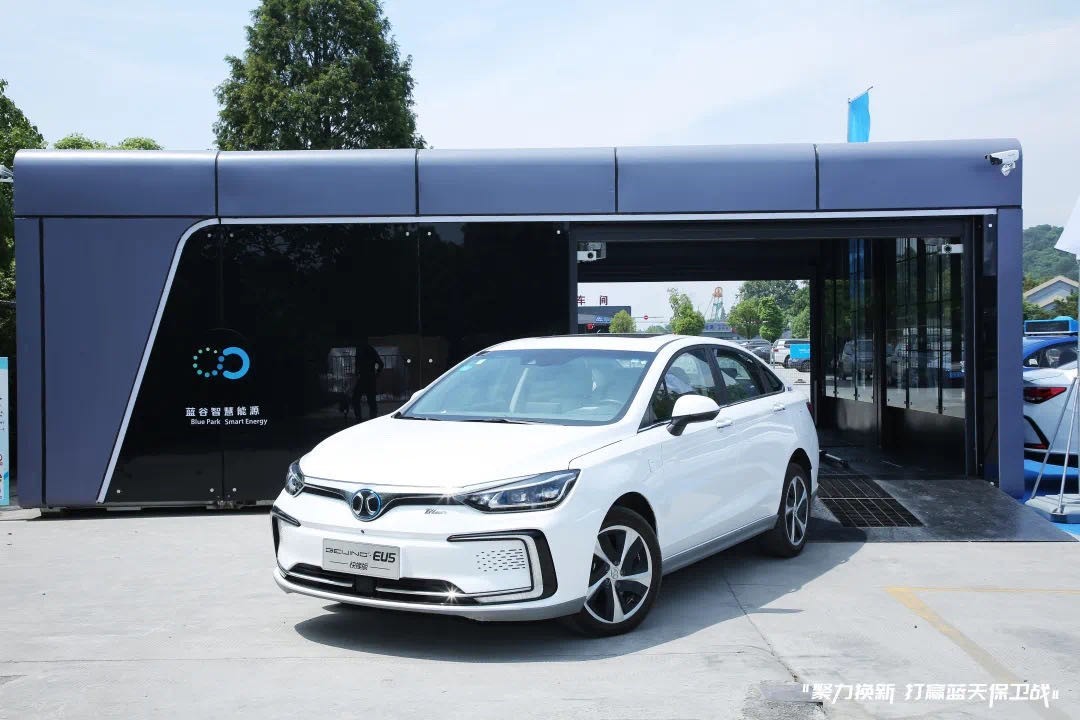 As South Korea accelerates its transition to electric vehicles, the question arises – is there a future for the country’s more than 10,000 gas stations?

Unlike conventional petroleum- or gas-powered cars, electric vehicles run on electricity, which is relatively price stable and easily accessible. This means drivers can charge their car batteries at home, in public parking lots or elsewhere where charging systems are installed.

In the face of a fundamental change to the retail fuel scene, the country’s four refineries -- SK Energy, GS Caltex, Hyundai Oilbank and S-Oil -- are rethinking the role of gas stations.


A full migration to electric vehicles?

On the surface, the four companies are moving in step with the national new mobility drive, upgrading their pump stations to accommodate electric vehicles. However, the change poses a dilemma for them.

The four major refineries operate about 10,154 gas stations nationwide. As of October, less than 100 of them are equipped with electric vehicle chargers. The plan is to expand the number to 550 gas stations by 2023.

Refineries are slow to migrate to the new mobility era because it runs the risk of a significant erosion in profitability.

According to a government survey, 34 percent of electric vehicle drivers charge their vehicles at home, just like charging their smartphones overnight, while only 7 percent drop by gas stations for a charge.

Furthermore, there are thousands of public charging stations to compete against.

December 2019 data shows nearly 90 percent of all rapid chargers -- 5,999 out of the then total 6,792 -- were installed and operated by the Ministry of Environment and the state-run Korea Power Corp. Their charging rate is set by the ministry. In July, the ministry raised the rate to 255.7 won ($0.23) per kilowatt-hour from 173.8 won per kilowatt-hour.

Even if gas stations carve out a niche in this market, there is a limit to the number of vehicles they can service per day.

Using a 100-kilowatt rapid charger, it takes about 40 minutes to charge Hyundai Motor’s Kona EV -- the world’s fifth best-selling electric vehicle model last year -- to 80 percent capacity. Depending on the battery and weather conditions, the charging time could be even longer than 40 minutes. This means a single rapid charger can handle no more than 36 Kona EVs per day.

To break free from such limitations, SK Innovation, the parent company of SK Energy is exploring a new business of battery swapping instead of battery charging.

Together with BAIC Group, SK Innovation aims to introduce a battery swap service in China, replacing used batteries with new ones within three minutes instead of charging them for 45 minutes.

“Battery swap services, which could overcome the limits of long charging times, is witnessing a growing demand among taxis and ride-sharing providers who have to drive longer distances. Also, the battery swap service divides the ownership of batteries and electric vehicles, so it’s easy to expand to battery rental and reuse services later on,” an SK Innovation official said. 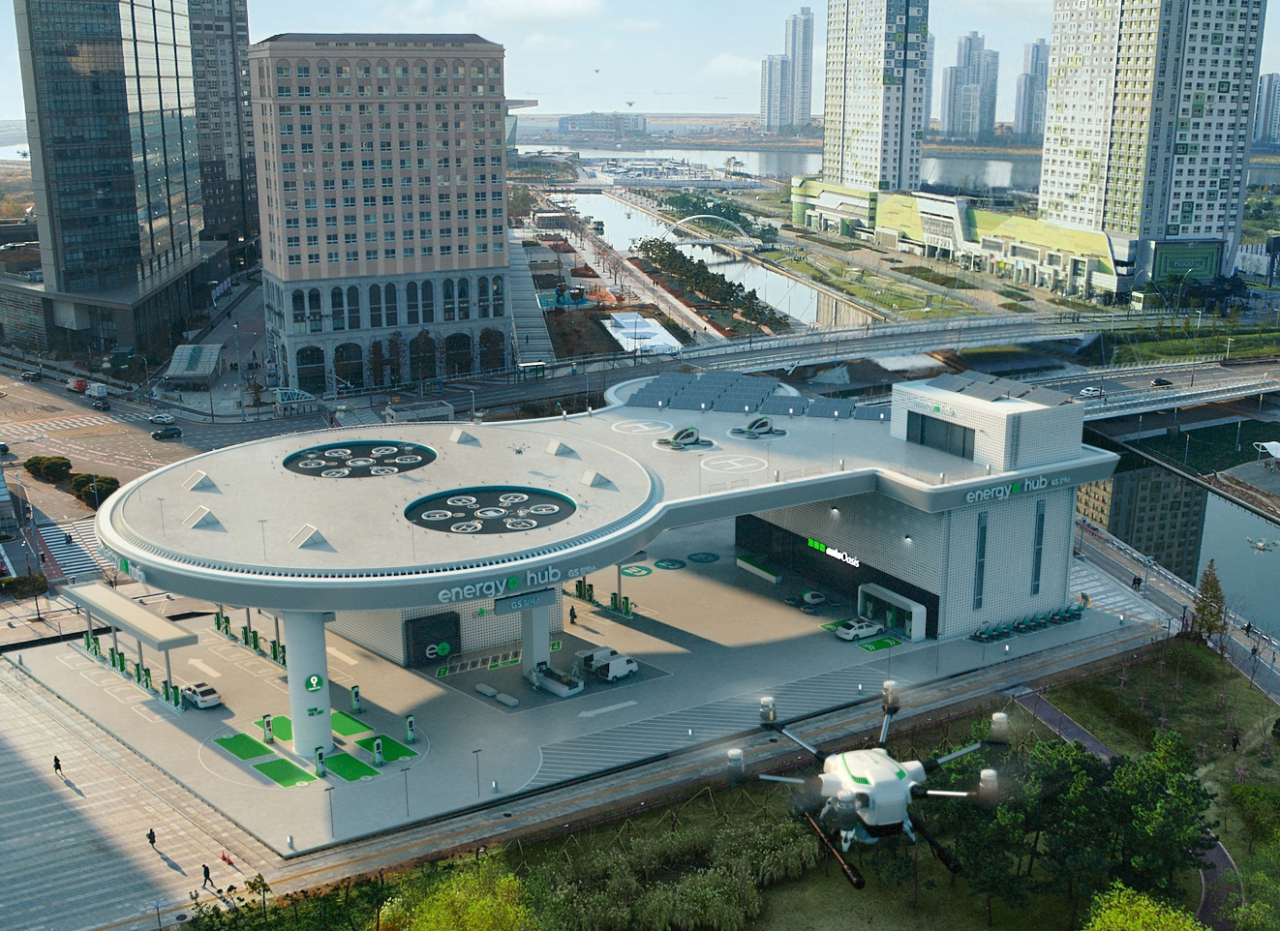 GS Caltex is exploring a completely different future for its gas stations: a logistics network for drone deliveries.

Its “Energy Plus Hub” outlet, opened in November, has drawn attention for this very concept.

Located right in the middle of Gangnam, one of the most expensive districts in Seoul packed with upscale restaurants and designer stores, the station was the first gas station in Korea equipped with a 350-kilowatt rapid charger.

But rapid charging services is not all the outlet is about.

In a 90-second video unveiled at CES this month, GS Caltex offered a glimpse into how it will transform the Energy Plus Hub station into a logistics hub for drone deliveries.

In the video, drones carrying cargo lift off from the roof top of the Energy Plus Hub station, fly above high-rise buildings and delivering packages to customers. Then, they return to the station and automatically go inside rectangular lockers for recharging. 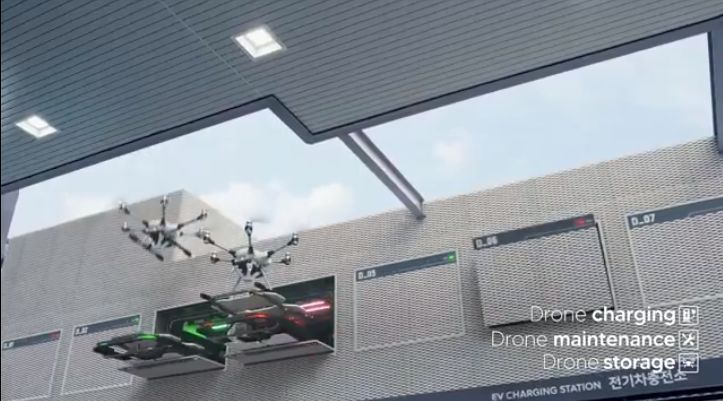 Drones go inside their designated cabinets for a recharge after completing their deliveries. (GS Caltex)

The company has in the past months conducted a public demonstration of drone delivery services in Yeosu, Jeju and Incheon.

Company officials said the drone delivery service is part of the company’s efforts to unlock the untapped potential of its gas station network, with outlets occupying strategic locations that are highly accessible and scattered all across the country.