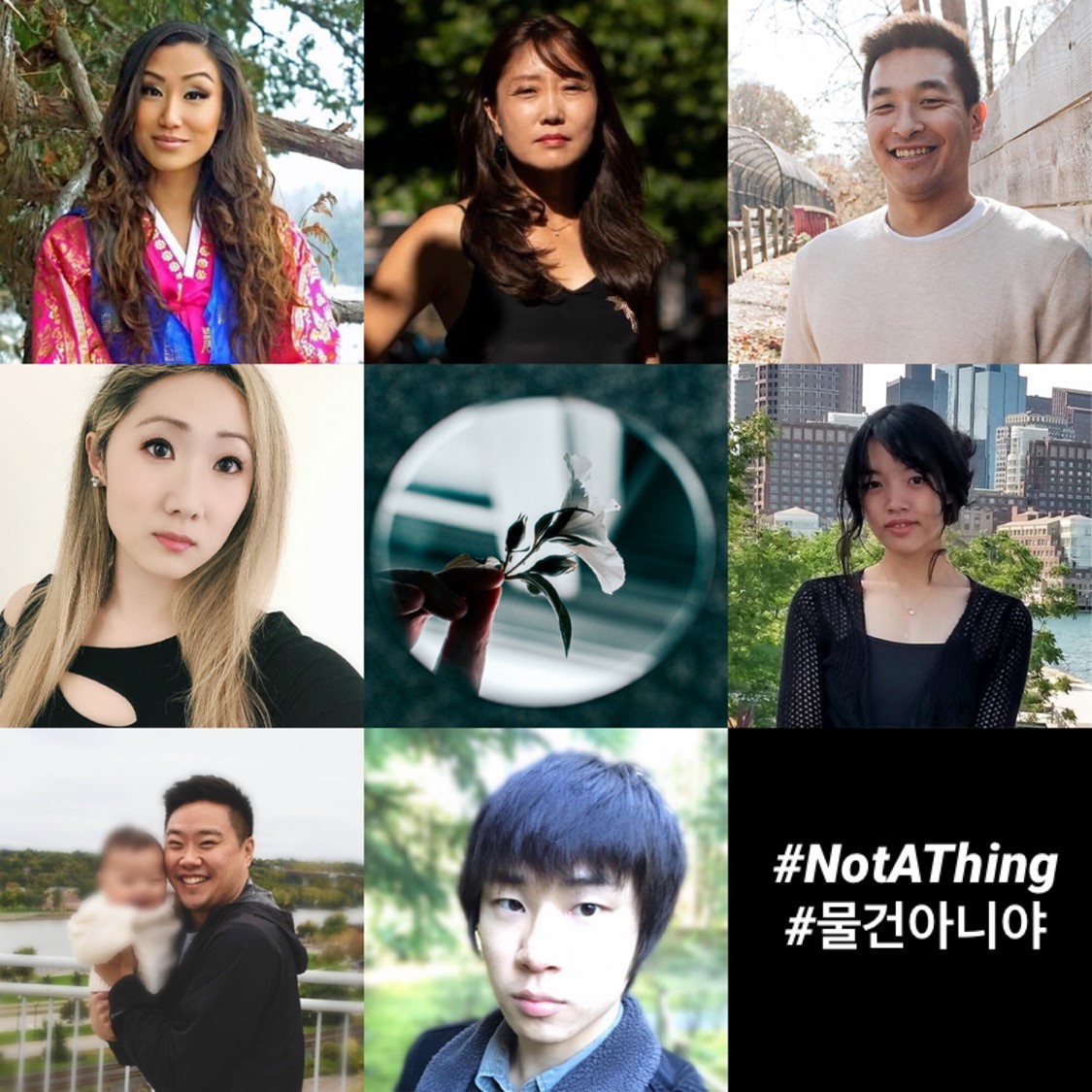 A group of South Korean adoptees have launched a social media movement with the hashtags #NotAThing. The graphic was made by Valerie Reilly. Petition: Kara Bos, Kevin Omans, Liat Shapiro, Cam Lee, Allison Park, Brenna McHugh and Patrick Armstrong
A group of South Korean adoptees have taken to social media to demand an apology from President Moon Jae-in over his controversial remarks on adoption and are calling for a change in landscape for future adoptees.

In the wake of a series of child abuse cases, Moon recently said that adoptive parents should have the right to cancel their adoptions or switch their child. Although Cheong Wa Dae later explained he was referring to a grace period before an adoption is finalized and such foster care systems are in place in France, the UK and Sweden, it did little to douse the flames.

This week, Korean adoptees have launched a social media movement with the tagline, “Adoptees and children in the welfare system are not things” with the hashtags #NotAThing on Instagram, Facebook and Twitter.

“In response to these dehumanizing remarks, we -- a group of Korean adoptee advocates -- demand from President Moon an apology to the adoptee community and a meeting with all parties involved to work collaboratively together towards ensuring the safety of all adoptees,” the statement said.

One of the adoptees, who participated in this social campaign, is Kara Bos, who was the first overseas adoptee to win a paternity lawsuit recently.

“We started this campaign as we realize that as adult Korean adoptees we have a responsibility to current and future adoptees to protect them from past mistakes made with our adoptions. We are all Korean adoptees -- international and domestic -- and through the events that occurred with Jeong-in, it’s finally brought us all together to unite and fight for the same cause,” she told The Korea Herald.

The group hopes to achieve a number of things on their agenda through a meeting with Moon, such as replacing adoption agencies with public officials in the adoption process.

Critics have accused adoption agencies for approving applications without thorough screening because of the financial support they receive with every succesful adoption. The state hands out 2.7 million won ($2,454) to adoption agencies per adoption.