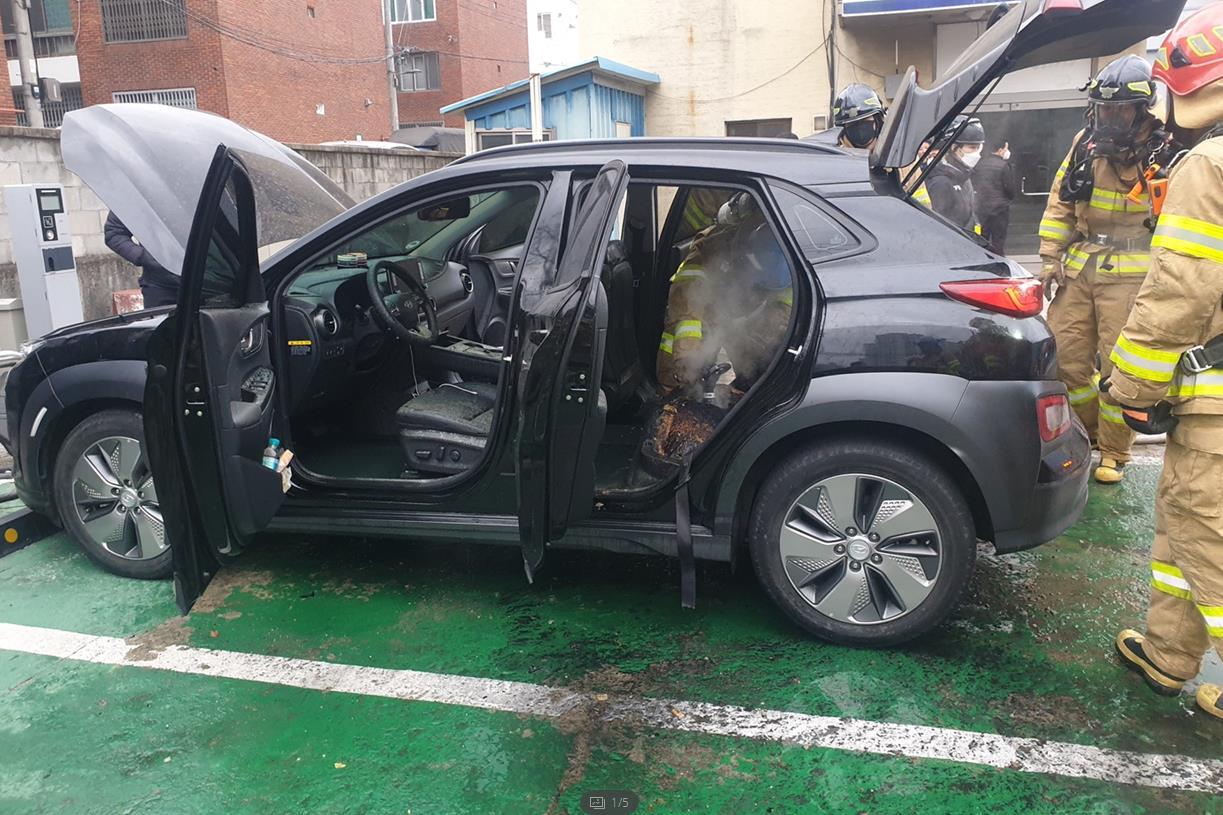 Firefighters look into the Kona EV that caught on fire in Daegu on Saturday. (Yonhap)
The Transport Ministry will investigate the cause of a fire involving a recalled unit of Hyundai’s Kona electric vehicle, as well as the propriety of the car maker’s recall measures, the ministry said Tuesday.

On Saturday, a Kona EV caught on fire for an unknown reason, while it was charging in a public charging station in Daegu.

According to the Ministry of Land, Infrastructure and Transport, the car had been recalled by the automaker. It decided the car should be investigated by the Korea Transportation Safety Authority, not by the National Forensic Service, which investigates car accidents in general.

The TS has been running a probe into the Kona EV, which had several similar fire cases previously.

“We have agreed with the police that the car be inspected by the TS and not the National Forensic Service,” a ministry official said. “The TS will investigate the cause of the fire and look for possible defects.”

The TS will also be investigating on the propriety of the car maker’s recall measures, the ministry said.

The TS ran a preliminary investigation of the car the day after the incident.

After a series of fire incidents occurring with the Kona EV, Hyundai Motor recalled a total of 77,000 units built in between September 2017 to March 2020.

Under its recall program, the automaker would update the automotive battery management system, and also replace the battery if any anomalies are found.